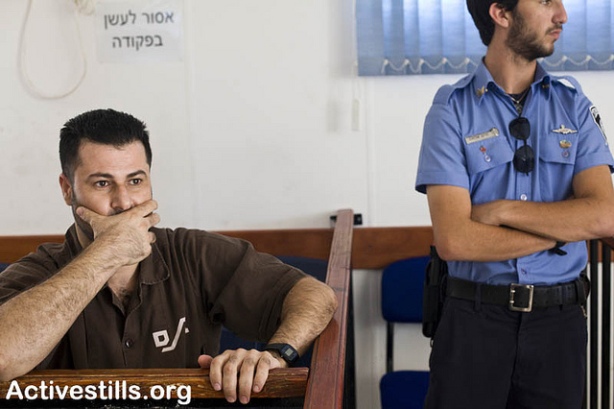 Unlike Jews, Palestinians under Israeli control in the West Bank are tried in military courts, where the rights of defendants rights are minimal, and the prosecution enjoys a low burden of proof and – most importantly – wears the same uniforms as the judges – IDF uniforms. In a military court, the testimony of a soldier who arrested a Palestinian can be enough to send a minor to prison. The results are staggering: Palestinians have no chance to walk free from an Israeli trial.

A new internal IDF document revealed today by Haaretz shows that in 2010, 99.74 percent of the trials of Palestinians  in Israeli military courts ended in convictions. That’s 25 acquittals, out of 9,542 cases.

It seems that the system is getting better: In 2006, a report by Human Rights NGO Yesh Din showed that 99.71 percent of Palestinian defendants in Israeli military courts were convicted. That’s 26 acquittals out of 8,854.

Between 2005-2010, 835 Palestinian minors were accused of stone-throwing in Israeli military courts. One was acquitted.

Military justice is to justice as military music is to music, the saying goes. The system that Israel employs to arrest, prosecute and punish Palestinians over the last almost half century is the best proof of that.

In the West Bank, there is no justice, even for children