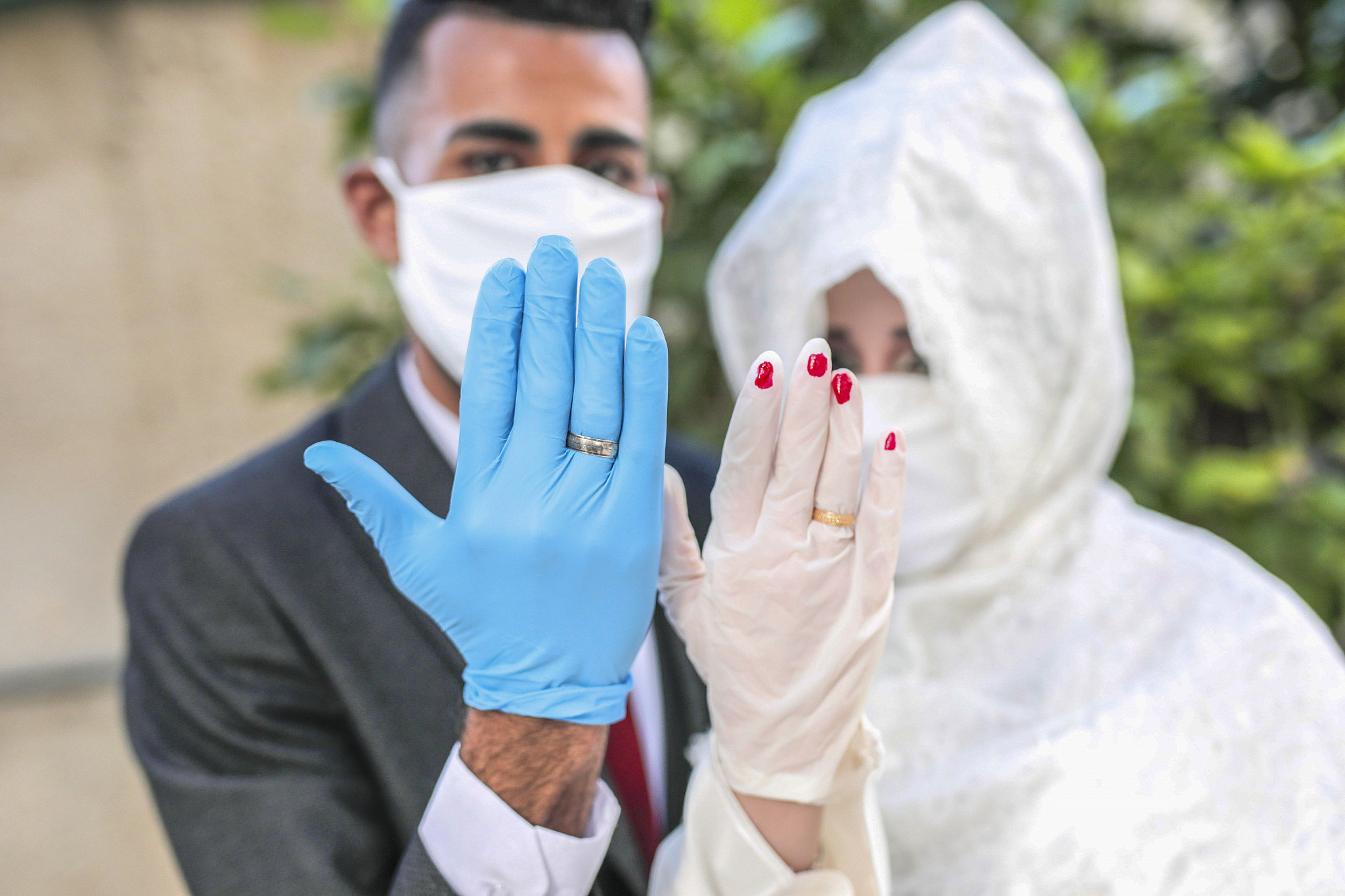 Ali and Narmeen Abu Seif are newlyweds in the time of pandemic. Their wedding was initially set for March 28 in one of Gaza’s big wedding halls; but then the strip’s Interior Ministry announced restrictions to contain the spread of the new coronavirus, closing party venues, restaurants and cafes, and gyms, as well as canceling Friday prayers at mosques.

The couple had to reassess their plan. “When the venue called to inform us they were canceling our wedding party, we were shocked,” said Ali Abu Seif. “All the preparations were done. We incurred a big financial loss, too,” he added.

Following much deliberation between their families, the couple decided to go ahead with the wedding, although not in the way they had originally intended. It was rescheduled to April 10, moved to Abu Seif’s home in Gaza City, and was attended only by their immediate family and a small group of friends.

The bride and groom wore face masks as a precaution against the coronavirus, and Abu Seif said he asked guests not to congratulate the newlyweds with kisses or hugs. 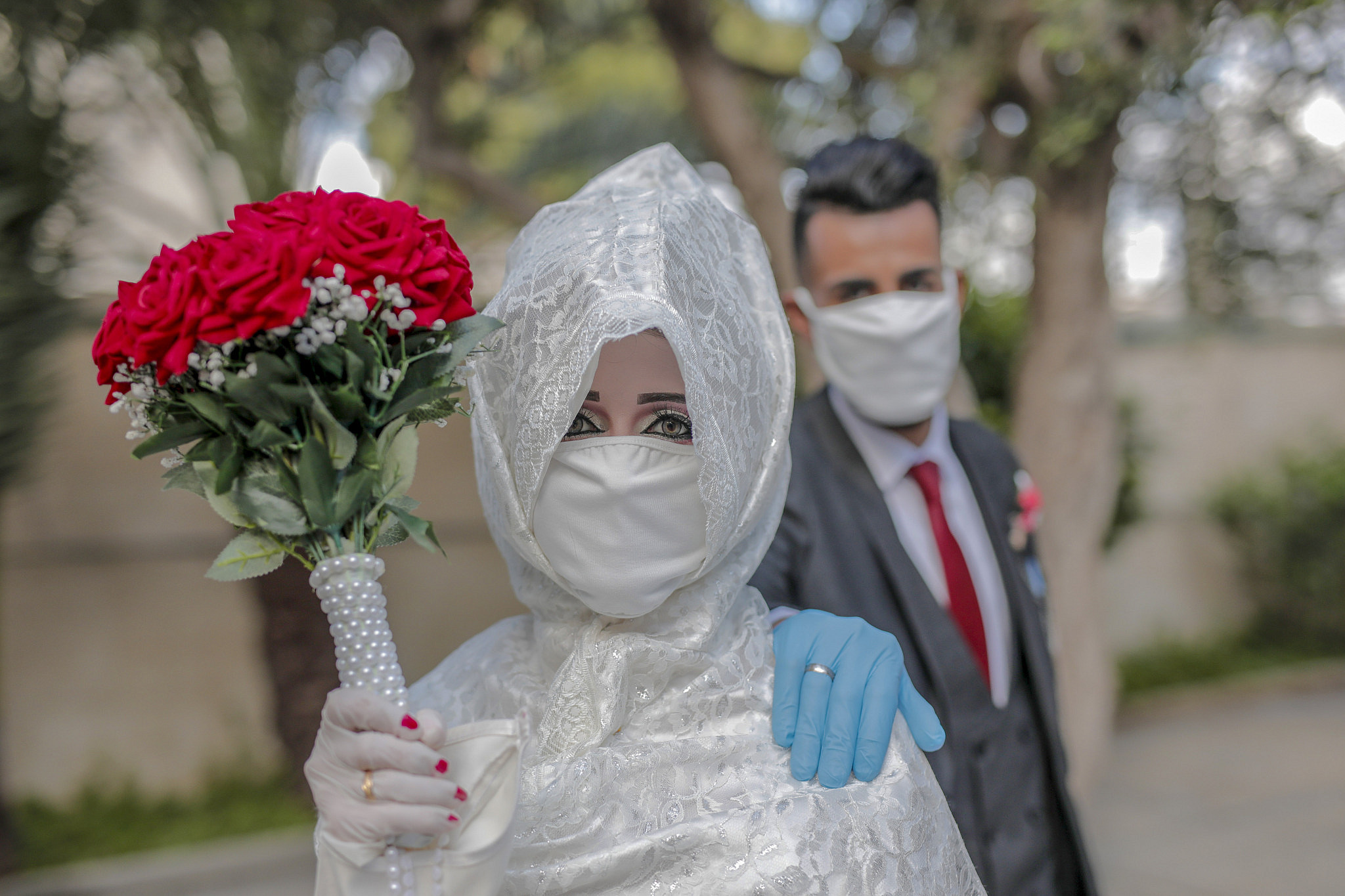 The event was reminiscent of Palestinian weddings in the 1980s, before party venues were popularized, and when celebrations would take place in the streets and on rooftops at refugee camps. 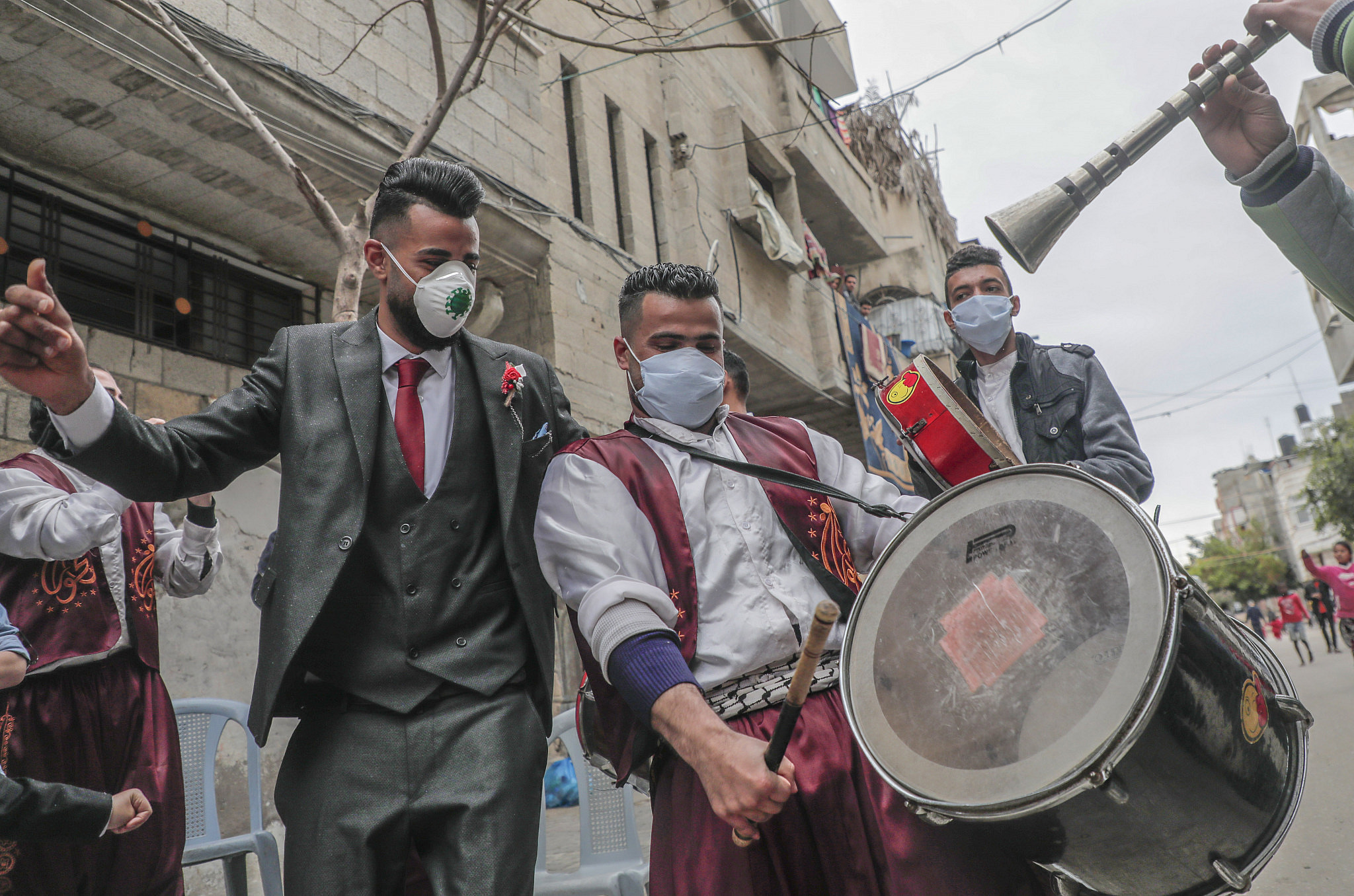 The groom Ali Abu Seif on the day of his wedding under quarantine, Gaza City, April 10, 2020. (Mohammed Zaanoun)

“I have waited a long time to marry the woman I love,” said Abu Seif. “I used to think that earning a livelihood is the biggest challenge in life, but now I realize what it means to live during the most dangerous war in the world; a war without the sound of explosives, one that is fought within us, and leaves us without any options.” 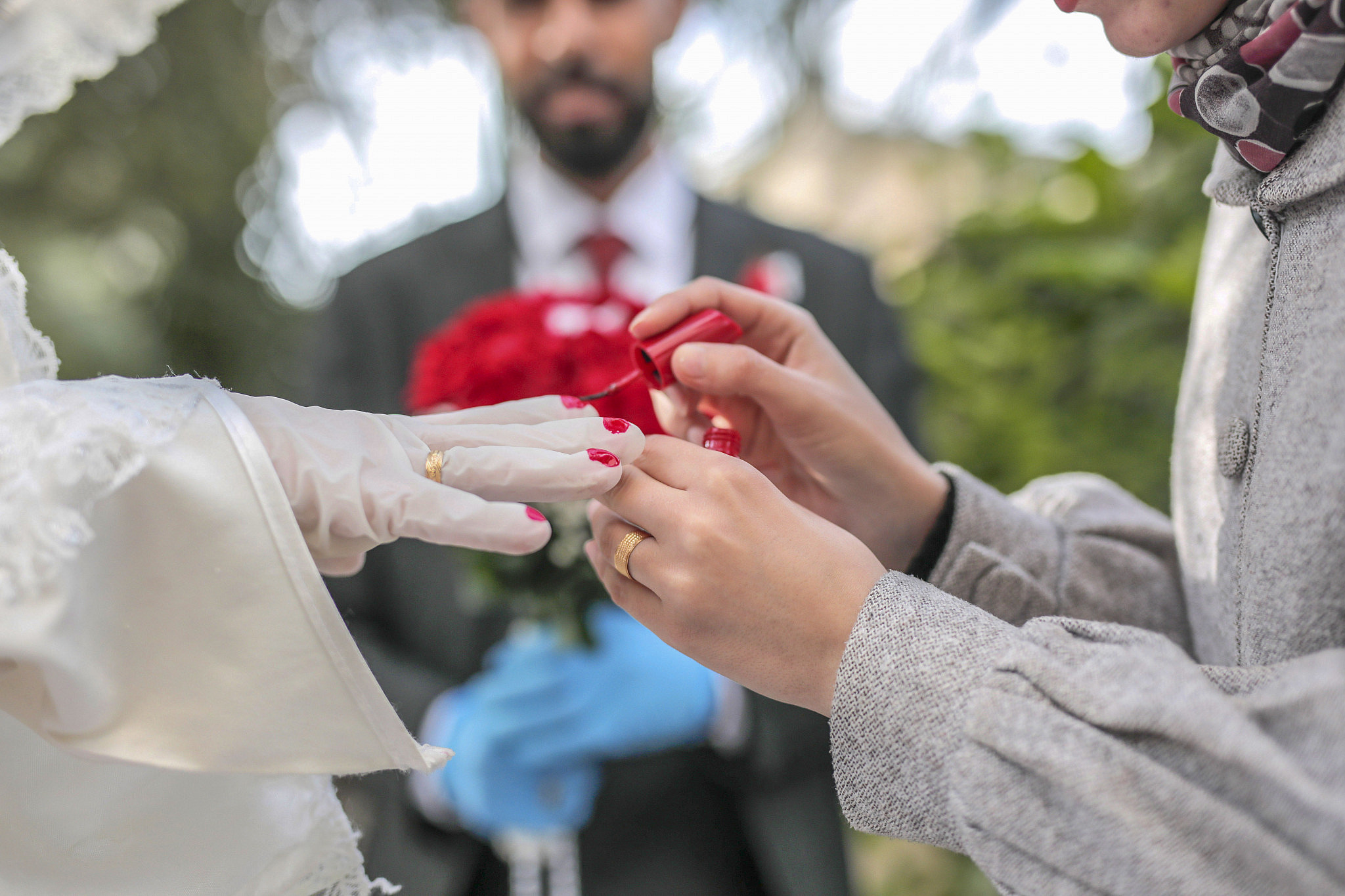 According to Abu Seif, Gaza’s youth have endured many hardships, between living under Israel’s blockade, surviving several wars, and struggling to find employment.

“Nothing I’ve ever dreamed of has come true, except for this: I’m getting married today,” he said. “Thank God that despite everything, today I get to be a groom and have my wife, Narmeen, by my side.”