Verbal attacks by right-wing groups and politicians in Be’er Sheva are threatening both NGOs and the local university.

A meeting at Multaqa-Mifgash, the only joint Arab-Jewish group operating in Be’er Sheva. (Negev Coexistence Forum)

Over the past year various entities, including right-wing movements, have been trying to close down a joint Jewish-Arab cultural institution in the southern Israeli town of Be’er Sheva. The Multaqa-Mifgash Center, founded by the Negev Coexistence Forum (NCF), operates out of a municipal bomb shelter and stages activities and events focused on coexistence. It’s a unique institution in Be’er Sheva, and — aside from Ben-Gurion University — is the only place in the city that holds discussions on fundamental, sensitive issues within the local community.

Actions taken against the NCF have included sabotaging attempts to host a panel discussion on conscientious objection featuring members of Breaking the Silence, as well as the screening of a Palestinian-Dutch film, which were canceled following threats from right-wing political activists and warning noises from the Be’er Sheva municipality.

Furthermore, the municipality has previously tried to cancel a Multaqa-Mifgash film screening, prompting the council’s legal advisor — approached by the Association for Civil Rights in Israel — to spell out that banning political activities harms freedom of expression.

On May 11, 2017, the municipality sent the NCF a letter in which it claimed that the NGO had violated the contract under which it has been using the shelter to hold Multaqa-Mifgash events since 2006. A few days later, an Association for Civil Rights in Israel attorney, Dan Yakir, responded to the municipality and rejected its claims.

A few days later, on May 14, Be’er Sheva council member Ortal Perlman Shmueli announced that she and fellow city councilors from Shas, Yisrael Beitenu and LIkud would be seeking to ban the NCF from using the municipal shelter. Later on, Shmueli posted on Facebook that the “goal had been achieved” and that the organization had been removed from the shelter. The Be’er Sheva municipality stated afterwards that the only thing which had been requested was a clarification of the group’s activities.

NCF CEO Haia Noach explained that the shelter used by Multaqa-Mifgash “is the only one out of 60 assigned to NGOs that is used for shared Jewish-Arab activities… We demand that the municipality immediately step back from canceling the assignment of the shelter [to us], and we intend to fight with every tool we have in order to guarantee Multaqa-Mifgash’s can continue.”

The NCF is not alone: on Wednesday, Jewish Home MK Bezalel Smotrich summoned an emergency debate in the Knesset’s Education Committee on Ben-Gurion University and its president, Professor Rivka Carmi. Smotrich claimed that the university supports BDS, pointing at a series of statements made by the academic staff and conferences he alleged had been held on its premises. 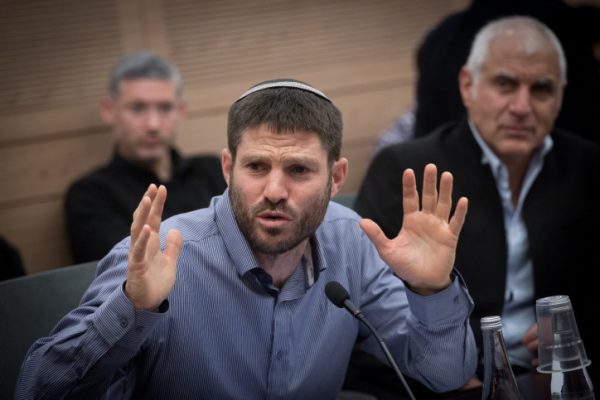 The debate featured a broad spectrum of participants, including representatives from the Ministry of Strategic Affairs, the Justice Ministry, Ben-Gurion University, the Council for Higher Education, the Anti-Defamation League, student organizations, and a range of different government departments, including the Prime Minister’s Office. Carmi, who received a tidal wave of criticism from Be’er Sheva residents, was forced to respond to the allegations thrown at her by Smotrich and members of far-right group Im Tirtzu. (It should be noted that the committee of university heads fiercely condemned Carmi’s summons to the hearing.)

“Ben-Gurion University seems, over the last few years, to have become a greenhouse for people who delegitimize the IDF and the State of Israel,” Smotrich wrote prior to the debate. “In particular, there is a growing discourse among faculty members against the State of Israel. Professor Neve Gordon, for example, said that ‘the most accurate way to describe Israel today is as an apartheid state.’ And Dr. Eyal Nir, who said: ‘I call on the world to come and break the necks of these bastards (right-wing activists).’”

Professor Carmi read out her response during the hearing. “The current debate — held under a baseless and degrading heading and accompanied by wild and violent online incitement against me — does no credit to its initiator,” she said. Carmi detailed contributions by the university and its faculty to the fight against the boycott of Israel, and described hers and her staff’s appearances in support of Israel at international forums. The hearing occasionally resembled those of the McCarthy era.

This is the third year in a row of attempts to attack the university in the same week as the meeting of its board of governors. Time and again futile claims are made and rehashed that have no relation to facts, reality, or truth. The same few academic staff who have expressed individual political opinions and signed petitions — as is appropriate in a democratic state — are, again and again, singled out from a faculty of over 850. They are not doing so in the name of the university, which is a pluralistic institution with many different opinions just like any other organization in Israel — and the world.

Daniel Beller is a journalist, blogger and radio broadcaster based in Be’er Sheva. This post was originally published in Hebrew on Local Call, where he is a blogger.