Nicosia – The small eastern Meditteranean nation of Cyprus has taken over the six-month presidency of the Council of Europe just days after two of its three largest banks asked for assistance.

The lanes have all been freshly painted, the flowers have been freshly planted, and the flags have been freshly flown. Yes, the Cypriot capital has been given a face lift as the nation of a little over one million people – a figure that includes Northern Cyprus (more on that soon) – assumes the European Union’s presidency. Cypriot President Demetris Christofias could not be prouder, returning from last week’s Council of Europe Summit in Brussels where he received reassurances from Angela Merkel during a sideline bilateral meeting with the German Chancellor. 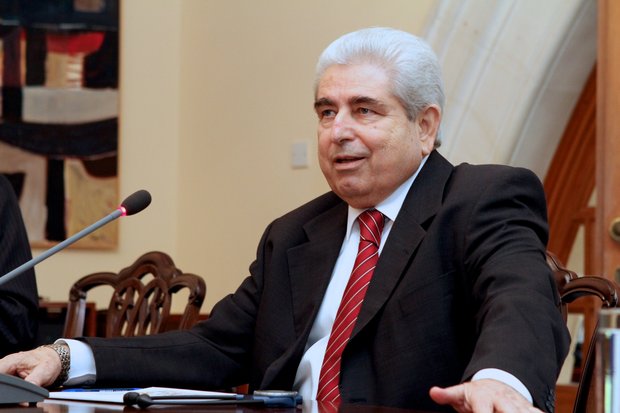 Demetris Christofias, president of the Republic of Cyprus (photo: GUE/NGL)

I need a loan

The rotations are scheduled, so Cyprus has known for about nine years that this day would come. But perhaps less planned and thus more surprising was  a revelation less than one week ago by the country’s second biggest private bank, Laika Bank (or, in English, Popular Bank) that it needed roughly 1.6 billion euros in recapitalization funds by the end of the month. Making matters worse, days later, another one of the country’s largest banks, the Bank of Cyprus, revealed that it, too, would need external help.

Symeon Matsis, a local financial analyst, called the timing of the announcement embarrassing:

I think Cyprus’ banks will re-emerge from this financial difficultly very quickly, and it will be a good opportunity to highlight to the rest of Europe and to the rest of the world the effectiveness of Europe’s tools and mechanisms for dealing with these things.

Much of Cyprus’ financial shortcomings are due to two things, both related to neighboring Greece. First, Cyprus’ private banks were heavily exposed to Greek sovereign debt. Much of those losses were written-off during the so-called “haircut” to Greece by the EU, in which the debt was sold-off at a discount to the lenders, in this case many of them Cypriot banks. However, according to Matsis, the Cypriot banks had already absorbed those losses. But further damage was revealed thanks to a relatively high exposure to Greece’s private sector debt – that is, loans by Cypriot banks on the Greek mainland to small businesses and individual mortgages. The latest request for money relates directly to those loans-gone-bad. 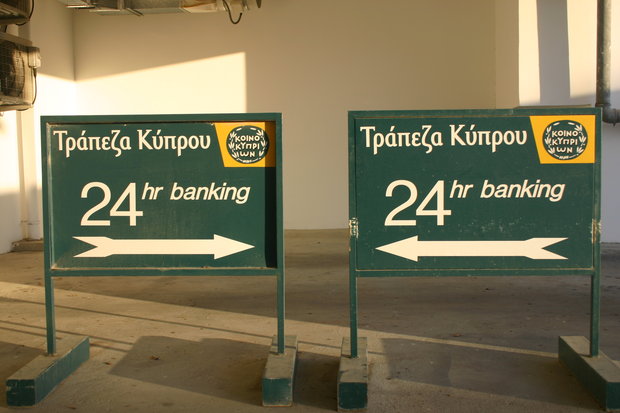 Indeed, hindsight is 20:20, perfect version. But actually, according to Matsis, the Cypriot banks could not have predicted what was going to happen and, at the time, were behaving quite reasonably:

Everyone thought what they were doing was wonderful. They were making lots of money from the loans and that made shareholders very happy. And their exposure – their risks – in those loans was within the confines of an acceptable range, so it didn’t alarm anyone.

President Christofias has gone on the offensive attacking the private banks, but according to critics, his government also has some housekeeping to do, which includes a trimming down of the public sector. Last year, Cyprus received a 2.5 billion euro loan – at below market rate – from Russia. The loan offered more favorable conditions than Nicosia would have likely gotten at the time from Brussels. Now, even as Europe considers helping Cyprus, the government is looking to alternative third party countries – namely China and, again, Russia – for assistance, estimated at 10 billion euros, about one-half of the country’s GDP.

I think it is disrespectful. You are basically saying to Europe, ‘We would prefer to get the money from somewhere else, somewhere that won’t force upon us austerity measures that we are unprepared to take.’ But we are part of Europe, we are a part of the Eurozone, these are our partners, and, more importantly, we are now holding the presidency of the Council. So I would not have advised the government here to look to those other countries.

It is unclear exactly what Moscow and Beijing, among others, stand to gain from offering their rubbles and renmanbi at discounted prices. It is believed that both countries have their eyes set on the hydrocarbons discovered last year off the coast of Cyprus in its EEZ (Exclusive Economic Zone). The offshore natural gas, found in thanks to a joint venture between the United States’ Noble Energy and Israel’s Delek Group, is estimated at 7 trillion cubic feet (or about 200 billion cubic meters), enough (it is thought) to supply Cyprus’ energy needs for the next one-hundred years, assuming it can be extracted properly. And those findings, as Noble’s Cyprus country director John Tomich noted, only represent one well. A second round of licensing for more digging and future extraction is now underway, and has peaked the interest of several companies from a number of countries.

The natural gas may help Cyprus’ economy in the long-term – it’s expected to take three to four years before the country sees any real profits – but it may in the short-term influence its national security interests, for the good and bad. Cyprus and Israel have spent the last two years cozying up, much of it thanks to the joint offshore drilling, not to mention Israel’s relative diplomatic isolation from much of the Middle East and Western Europe. Last summer, the two agreed on their maritime border. The same cannot be said about Cyprus and Lebanon, and of course Cyprus and Turkey. Perhaps it is partially due to the existing natural gas findings estimated to be worth close to 2 trillion dollars. Or, perhaps it is due to ongoing tensions. Turkey threatened to use naval force to stop drilling in Cyprus’ EEZ, but did not do so to date.

I see a Turkey

The Cypriot President says he will use his country’s rotating presidency to address and finalize the maritime borders in the region. But that will be all-the-more difficult after Turkey announced it will cease talks for six months with the Council of Europe while Cyprus sits at the head. 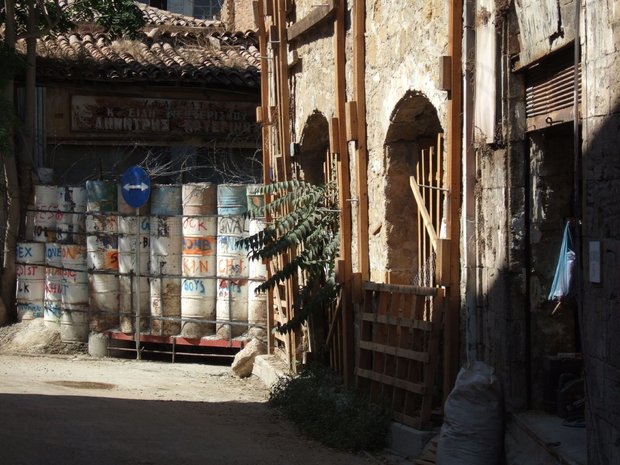 A barrier in a residential street in the Cypriot capital Nicosia divides the Turkey-speaking North from the Greek-speaking South (photo: nolanh/flickrcc)

Indeed, Ankara and (South) Nicosia – the island and even the capital are divided – have had strained relations for nearly forty years. The Republic of Cyprus and the EU (and most of the international community) see the northern part of Cyprus – estimated at about a third of the island’s land mass – to be occupied by Turkey. Some 40,000 Turkish troops are said to be on Cypriot soil. The European Union insists its inclusion of Cyprus consists of all its Cypriot inhabitants – Turkish-speaking and Greek-speaking – but that its terms for the “non-governed areas of Cyprus” (diplomatic terminology for the international unrecognized Turkish Republic of Northern Cyprus”) are currently suspended.  Last Wednesday, a group of Turkish-speaking Cypriots protested outside of EU headquarters in Brussels saying they were being racially excluded. These are the same Turkish-speaking Cypriots who say their portion of the island is occupied by Turkish-speaking Turks (i.e. Turkish nationals living in Cyprus), considered “settlers” by Greek-speaking Cypriots and by many Turkish-speaking Cypriots. Ankara repeatedly defends the presence of Turkish forces, noting that it is a protector of the Cypriot constitution which forbids a Cypriot union with Greece.

All of this makes Cyprus’ presidency complicated. The financial crisis of the banks only adds to that. On January 1st, Nicosia will hand-over the rotating presidency to Dublin. Fortunately, Ireland’s banks can’t offer too many new surprises.