The events of the past weeks are a reminder that while civil rights violations in Israel alienate us from the rest of the world, the actions taken against them bring us back into the fold. We are not handing over our history yet. 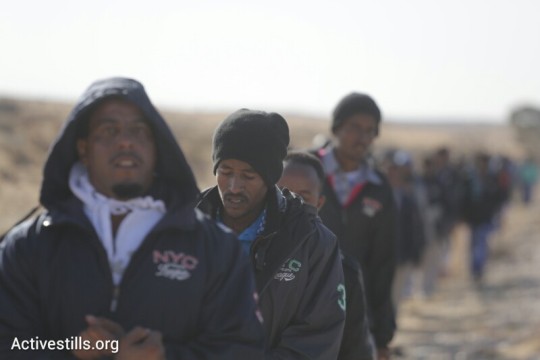 Following the end of the Cold War, the American academic Francis Fukuyama wrote an article entitled ‘The End of History?’ His proposal hung on the idea that, in defeating communism, liberal democracy had claimed its place as the final incarnation and supreme form of governance and society, from which no further development or progress was possible – or, in his eyes, necessary. While the West’s liberal democracy had clearly not arrived on all shores, Fukuyama’s belief was that, given time, all countries in the world would eventually ‘catch up’ to this state of being. Thus, he asserted, history had reached its conclusion; the West’s apparent victory in the battle of ideas put an end to the ideological conflicts that drive historical development.

Fukuyama has since withdrawn his theory, and in the intervening years it has become evident that his crowning of liberal democracy as the victor was premature. Aside from the contradiction that reality has thrown at his proposal, however, there is a less obvious, but more troubling aspect to the idea that history is on a march with a pre-determined goal. Fukuyama’s theory built on the ideas of a number of nineteenth-century German philosophers whose understanding of history’s progress seemed to suggest an acceptance of violence, upheaval and mass atrocities, provided they formed part of the logical progression to history’s end goal. Indeed, the work of some of these philosophers – Nietzsche in particular – has (erroneously) been accused of inspiring Nazi ideology: in this case, the Jews, and other non-“Aryan” peoples, represented an obstacle to their concept of what a perfectly evolved society should look like. Utopia, that lethal idealism, hangs heavily in these histories.

We call this type of history, that which has an end-point and whose major events are steps on the path to that point, teleological (from the Greek “telos,” meaning ‘end,’ or ‘purpose’). Within broader history there are, naturally, any number of smaller strands weaving their way through. Jewish history is one of these strands, and it is innately teleological. Like Christianity, Islam or any creed that looks forward to the eventual arrival of a messiah, traditional Judaism looks towards a fixed point, a goal, and has deeply engrained ideas about what realities need to be brought about to reach that telos. Along the way, there is the expectation that several biblical prophecies will be met, and that it is our duty to ensure their passing. Chief among these is the “ingathering of the exiles,” and the acquisition of the land believed to be promised to the Jews by God; integral to this cornerstone of the faith is the idea that the territory was intended for Jews alone. Additional messianic staging posts are the unity and restoration of Jerusalem, which is why we often hear Israeli politicians declaring it the ‘undivided capital of Israel,’ and the resumption of services in the Temple (yes, in the place where the Dome of the Rock and Al-Aqsa Mosque currently stand).

Considering this understanding of Jewish history rapidly demystifies both much of the Israeli government’s behavior, as well the attitudes of broad swathes of Israeli society. We watch, stupefied and disbelieving, as the government pushes through legislation that will enact an ethnic displacement policy in the Negev; as violence against Africans persists and even extends in the form of threats against their supporters; as liberties are taken away from those who do not fit the state’s ethnic template, and from those who dare to speak up in solidarity with them. The clear violence and destructiveness of the settler movement and its enablers mean that the outside world is incredulous as to how the project can proceed with such speed and resources. Yet these are not aberrations, or freak occurrences – they are the crushing footfall of a march with one purpose and destination: our land, promised to us, and us alone. It is a cast-iron vision which does not tolerate anomalies, and in the end of Jewish history, non-Jews are anomalies. This is not to say that all those striving towards an ethnically homogenous nation-state are entirely motivated by messianic prophecies – far from it. But nationalism has, as in so many other cases, wrought its subversive influence; as Eva Illouz, an Israeli academic, has cogently argued:

[t]his religion, which was so … effective in helping the most abjectly persecuted people in history to retain its dignity and identity, becomes an instrument of institutionalized politics of racial purity when it acts as a state religion, precisely because Judaism was so intensely geared toward the maintenance of the group difference from non-Jews.

Hence the distillation of ancient messianic lore into a furious and volatile intolerance for other ethnicities.

What we have seen in recent weeks, on the part of those threatened with removal in order to make way for this “end of history,” is a refusal to allow this progression to continue unimpeded. The “day of rage” against the Prawer-Begin Plan, a policy designed to relocate and concentrate the Negev’s Bedouin, and the “marches for freedom” undertaken by African asylum seekers, who in acts of civil disobedience simply walked away from their desert prison camp in order to protest outside the Knesset, are unprecedented events. They met audacity with audacity. They reminded us that while the civil rights violations taking place in Israel alienate us from the rest of the world, the actions that can be taken against them bring us back into the fold.

Anti-racism demonstrations and civil rights marches (for that is precisely what the asylum seekers’ marches for freedom were) have a proud and interconnected history, and what has happened in Israel over the last few weeks deserves to take its place in that arc. Yes, the protests ended predictably – in aggression, arrests, and harsh, belligerent rhetoric from the usual suspects in the Israeli government. But there will be other days and other marches. There is an undeniable force moving towards Jewish history’s telos, but it will continue to meet those marching in the opposite direction. We are not handing over our history yet.