Long hailed as the ‘moderate’ voice among Trump’s envoys to the Middle East, Jason Greenblatt’s blanket support for the Israeli government has disqualified him from playing any meaningful role as a fair arbitrator. 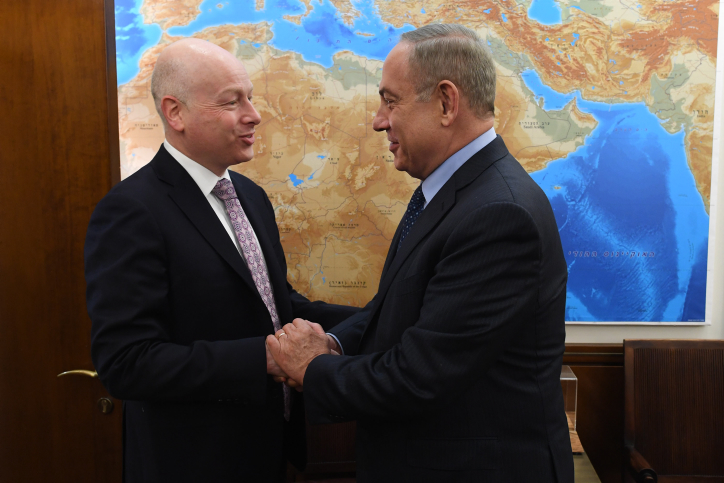 A growing understanding has emerged that amidst the hardline statements of U.S. Ambassador to Israel David Friedman, there is still a responsible adult working on the Middle East file: White House envoy Jason Greenblatt.

Following the U.S. recognition of Jerusalem as Israel’s capital last year, a prominent Jewish publication profiled Greenblatt late last year noting that Trump’s Middle East envoy is “beating expectations,” while media reports have praised Greenblatt for striking a water deal with Palestinians and tweeting about meeting with Gaza youth. An Israeli news article published in May 2017 even quoted a Middle East expert, saying that Greenblatt is doing a “terrific job” and seems more interested in “finding the contours of what is politically and practically possible than he is to hewing to ideological positions.”

But 14 months into his senior post, Greenblatt has shown a different face, routinely decrying Palestinian leaders across the political spectrum, while offering blanket support for the hawkish Israeli government. Thus, he has disqualified himself from playing any meaningful role as a fair arbitrator.

In what appeared as an open-minded September remark before international donors, Greenblatt said, “Instead of laying blame for the conflict at the feet of one party or the other, we are giving the parties space to make their own decisions.” However, the U.S. envoy has spent nearly his entire time in office doing exactly this, blaming the Palestinians again and again for the conflict.

Greenblatt has blasted Palestinian President Mahmoud Abbas for not citing Jerusalem’s importance to the Jewish faith. (His tweets ignored the fact that a senior U.S. official gave a November speech highlighting Jewish connection to Jerusalem but made no mention of any Muslim ties). He has repeatedly assailed Palestinians for attacking Israeli security forces in the occupied territories, and, astonishingly, penned an entire op-ed on the dire humanitarian conditions in Gaza, censuring Palestinians for their own suffering without once criticizing Israel despite the its 11-year blockade on the Strip. As a third party envoy, his role is not to always accept Israeli narratives over Palestinian ones.

In contrast, since beginning his post, Greenblatt has been unwilling to even once publicly criticize Prime Minister Benjamin Netanyahu. He refused to chastise Netanyahu when he vowed to never remove a single West Bank settlement, when the Israeli military killed a Palestinian journalist, or when a military court handed down an eight month sentence to a Palestinian teen for slapping an Israeli soldier.

On a symbolic level, Greenblatt has repeatedly met with the families of deceased Israeli soldiers’ whose bodies are being held in Gaza to rightfully bring attention to their cause, yet he has declined to even once highlight the suffering of a single Palestinian out of the 5,000 currently languishing in Israeli prisons. As a U.S. emissary, Greenblatt is supposed to mediate between the parties, but with his relentless condemnation of Palestinians across the political spectrum, it is unclear whether he is the American representative to the Middle East or Israel’s second ambassador in Washington. 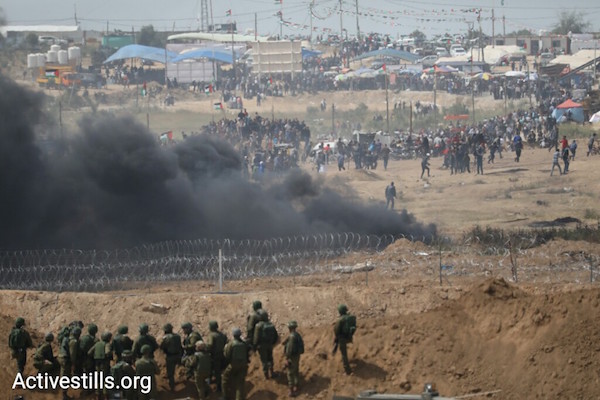 Perhaps Greenblatt’s most destructive role has been throughout the recent Gaza protests. Traditionally, before periods of expected violence, senior U.S. officials have used their unique status to call for calm. However, Greenblatt has been only egging on the Israeli military. Even before the demonstrations began last month, Greenblatt wrote, “Hamas is encouraging a hostile march on the Israeli-Gaza border.” If Greenblatt were to truly understand Palestinian needs, as pundits have claimed, he would have urged restraint from both parties similar to the European Union’s recent statement. However, with 15 Palestinians already killed, by the second round of protests, he issued another detailed statement preemptively assigned blame squarely on the Palestinians for the upcoming violence.

Americans for Peace Now has previously demanded Ambassador Friedman be fired for his provocative, anti-Palestinian statements. Yet, with Greenblatt chairing the U.S. role in the peace process, his hostility toward Palestinians ensures that even in the implausible event of Freidman’s dismissal, the U.S. will remain hopelessly biased toward Israel and unable to serve as a fair mediator. Greenblatt himself is a core part of the problem. 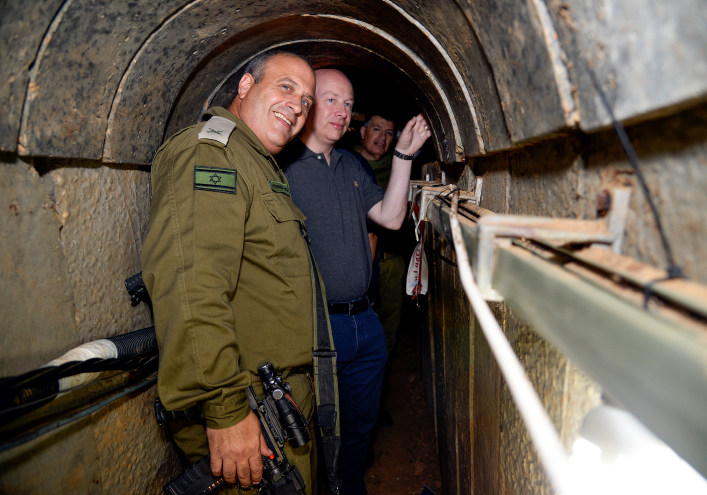 White House envoy Jason Greenblatt seen during a visit with the IDF to a tunnel built by Hamas on the Israel-Gaza border, August 30, 2017. (David Azagury/U.S. Embassy Tel Aviv)

In another moment of disingenuous empathy, Greenblatt noted last week that “When the leadership of Gaza renounces violence and ceases to threaten its neighbors, it will find an outstretched hand from the U.S., ready to help improve the quality of life of its inhabitants.” The US envoy clarifies that if Hamas were to recognize Israel and abide by past agreements, it would receive considerable U.S. support. This statement, however, comes from an administration that has slashed U.S. assistance to the Palestinian Authority, the same authority that recognized Israel in 1993 and has maintained support for the Oslo Accords. No matter the Palestinian leadership’s political orientation, Greenblatt will consistently demonize it and hold them to impossibly high standards.

With the announcement of John Bolton as national security advisor, the Wall Street Journal reported that Senior Advisor to the President Jared Kushner told friends that Greenblatt, Friedman, and himself are the “moderates” compared to the former UN ambassador. But, the track record speaks for itself. The Trump administration has approved moving the U.S. embassy to Jerusalem, frozen aid to the Palestinian refugee agency, and vowed to block Palestinians from serving in any senior position at the United Nations. If Greenblatt or any other White House official were truly moderate on Middle East peace then they have utterly failed at their job, as U.S. hostility toward Palestinians has reached unprecedented levels.