Less than 48 hours to vote, and I still haven’t decided. 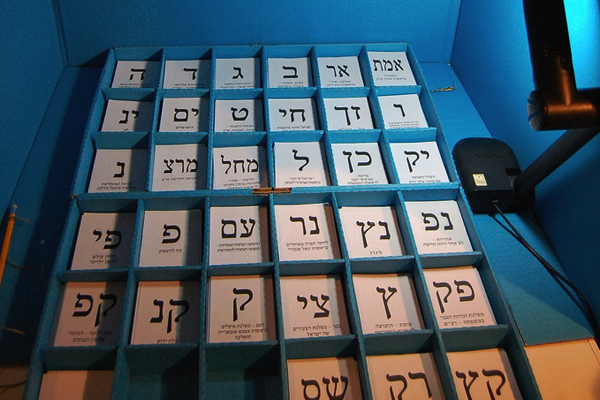 The first time I voted I was a soldier in the Israeli Navy. It was 1992, and I remember being all excited about taking part in the democratic process. I walked over the plank of my missile boat towards a decaying building on shore, and in greasy hands proudly voted for Yitzhak Rabin.

So much has happened since that first vote of mine: to me, to Israelis, to Palestinians. But one thing hasn’t changed, the occupation. Back then, the occupation had a certain temporal feel to it, as if it was something that could be fixed if intentions were sincere. Now, after 45 years, there seems to be nothing temporary about the occupation. Quite the opposite.

I myself veered slightly more to the left as the years went on, voting for Meretz in each of the following elections.

But now even that has changed. These will be my first elections as a non-Zionist. Coming from a guy who as a teenager had a poster of Ehud Barak hanging in his room – one has to appreciate the fundamental changes I’ve been through.

As someone whose relatives were massacred in Europe, giving up on Zionism is frightening for me. But my becoming a non-Zionist is somewhat of an outcome, not exactly a choice. I compare it to the difference between the two-state solution to the one-state solution – the latter not a solution at all, yet an outcome. Especially an outcome of the most recent Israeli and American policies of the past four years, which have essentially killed off the two-state solution.

My colleague Noam Sheizaf recently articulated precisely how I feel about the upcoming vote:

The necessary conclusion for me is that it is simply forbidden to vote for parties which are not shared by Palestinians and Jews, or for ones that preserve the policy of separation between Palestinians and Jews. There are no perfect parties, but this should be the basic condition, just as an American shouldn’t vote for a party that doesn’t accept black people. Therefore, in the coming elections, the parties to consider are Hadash, Da’am and Balad.

Noam’s words will ring true for me even if I am proven wrong and the land eventually is divided (I still can’t see it happening, but never say never, right?). Jewish and Arab lives will continue to be intertwined no matter what happens here.

Less than 48 hours before I cast my vote and I have yet to decide. This is the situation for many Israelis, by the way, on both sides of the political map. Candidates abound, yet of poor quality. One would think that with a parliamentary system so diverse, it would be easy to find at least one politician to truly connect to…

I am debating between two options: The first is to vote for either Hadash or Da’am. As I write these words, I am leaning more towards Da’am. I know the chances are slim they will pass the necessary threshold, yet as one who took an active part in #J14, I feel this is the only party that truly represents the winds of change that the social protests brought, and is a breath of fresh air to the left wing. Also, I feel Hadash made a grave mistake when not positioning women on top of its list – a mistake that I’m sure they would criticize other parties for had they made a similar mistake.

There are many more issues to consider when debating between Da’am and Hadash. I had hoped to write about them earlier, but couldn’t find the time.

My second option is to do something I wrote about recently, and that is to give my vote to a Palestinian. It seems pretty obvious why, and I can’t actually find a reason not to do it. I think one of the reasons I haven’t decided on this yet is that it’s hard for the activist part in me, the one that really wants to have my own say in this process. I suppose that’s also selfish – as selfish as the occupation I am responsible for. And shouldn’t the activist part in me really do it to begin with?

I’ll probably decide in the last minute. And feel relief that the dilemma will finally be over.

Yet despair is probably what will follow that relief as the polls predict another four years of occupation, if not more.

I’m not a believer – but I’m praying for a miracle.