What are Arab citizens expected to do when the city only builds for Jews, and why do single mothers almost always pay the price? 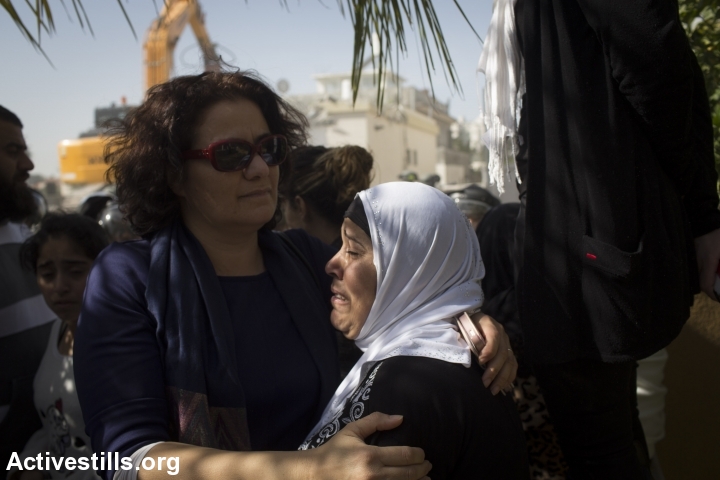 On the surface, it was just another illegal dwelling demolished in the city of Lyd (“Lod” in Hebrew). The image of a violence, crime-ridden city combined with that of too many law-breaking Arabs is particularly blinding for both the media and social activists. After all, we are simply talking about a municipality attempting to get its zoning matters straight, that’s all. But let me invite you to take a closer look at what is actually taking place in Lyd, where for the past 10 years, investment and high-momentum construction have been named national-level goals by one government decision after another.

There has been no approved zoning plan for decades. Arabs cannot build on their own lands, and plans that are meant to authorize legal construction in the Arab neighborhoods are stuck in bureaucratic pipelines – at least according to the plan for the improvement of the Lyd municipality that was passed by Netanyahu’s government. Meanwhile, the municipality collects its arnona tax, and homeowners are levied enormous fines in the process of procuring permits, all while leaving roads unpaved and offering no basic services, as well as continuing to threaten residents home demolitions whenever there is a dispute between the mayor and the head of the opposition.

Not a single housing project has been built for Arabs, not even one meant for the general population where Arabs would also be permitted to purchase homes. None. On the other hand, thousands of new housing units have been built at lightning speed right across from the Arab neighborhoods for the latest gari’n of religious settlers (small communities of religious Jews who move, usually from the occupied territories, into cities with mixed Arab and Jewish population) or other religious groups. Furthermore, the plan to encourage more privileged families to settle in Lyd has been making much progress, with families of army and police veterans moving into the city. A young Arab couple cannot even go near the sales offices of these projects, much less dream of the huge subsidies and grants that are offered to the city’s new residents who have come to “strengthen” Lyd. 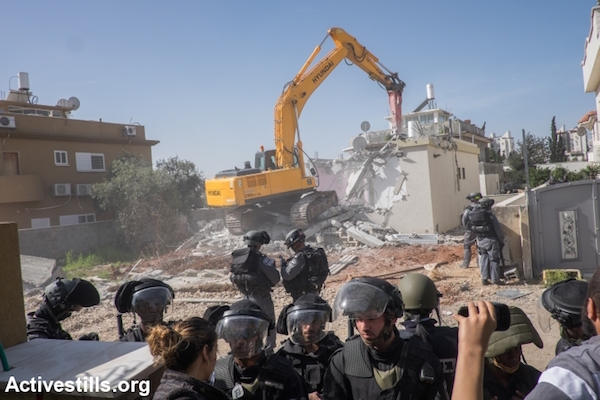 Naturally, nothing justifies law breaking or illegal construction. We get that. Until an Arab family is able to find an apartment on the moon, it is obliged to act creatively and legally. But if we look a little closer to see whose homes are destroyed time and time again, we will find that even when it comes to the worst attacks on the security of Arab citizens, there is an added layer of discrimination against women, and especially impoverished women.

For example, the recent victim of demolition bulldozers is a single mother of four who built a home on her father’s land with money she received from neighbors, brothers and donors. This was a small, modest home, built near a street full of the family’s pretty houses. A home that never interfered with a single plan, road or person. Many homes in the vicinity were built years before this one, and they too await building permits that have been stuck in one or another legal procedure.

Only that Hana’a, the mother, could not afford to pay a famous lawyer or incur the heavy fines that must be paid until the building plan is approved. She raised only NIS 3,000 for a lawyer who vanished after the first court session. One of the policemen at the demolition told her: “What can be done? This is what happens when your lawyer is an ass.”

Once again the municipality is teaching the Arabs a lesson at the expense of a downtrodden, impoverished woman. No one would dare do the same thing to a businessman from an established family. But this woman has no backing; activists and neighbors will not organize any protests on her behalf.

I recall another demolition in January 2012 when a home with a similar story was demolished. This was the home of Aisha Al-Fakir, a single mother of five who lived in a modest house. She wanted to add a room, and paid for it dearly – the entire house was demolished. Of all the homes around, hers was the quickest to be razed. Two years earlier, on a stormy day in December, five homes belonging to the Abu-Eid were destroyed. Thirty children were left homeless, a widow without citizenship raising two orphans, a sanitary worker, a mother of five whose husband was ill, another sanitary worker whose husband abandoned her with four children and more. Needless to say, the families were torn apart and broken. The two couples who were still functioning were forced to move away – one to the north and the other to a dismal housing complex. 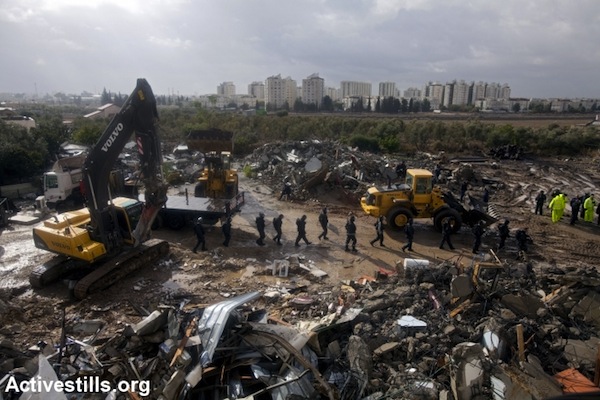 The aftermath of a home demolition in Lod, Israel, September 2, 2011. (photo: Oren Ziv/Activestills.org)

I do not see any significant difference between the persecution of these destitute women by the long arm of the law and the battle of women such as Rebecca and Rachel for public housing, or that of Sarah who squatted in an empty home meant for public house. The difference is that Hana’a, the Arab woman from Lyd, is unlikely to be invited to an interview on the morning talk shows, and no one will hear her story.

Related:
WATCH: How many riot cops does it take to evict a single mother?
Home demolitions: A reminder that the Nakba never ended