Recent wave of home demolitions has left dozens of Palestinians in the Jordan Valley without a roof over their heads just days before a rainy weekend.

Photos and text by Keren Manor and Oren Ziv / Activestills.org 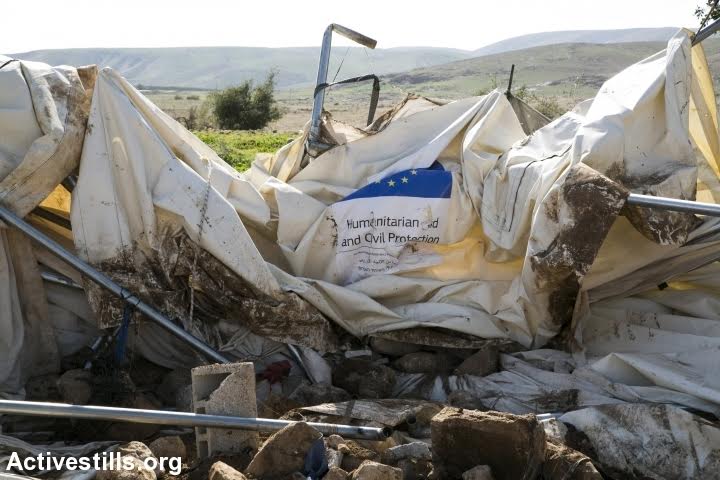 Israeli authorities accompanied by bulldozers demolished dozens of structures in several Palestinian villages in the Jordan Valley on Thursday.

The demolitions, which affected the al-Farisiya and Betardel communities, respectively, came a day after Israeli authorities demolished seven homes and six structures in two other villages in the area, leaving 71 Palestinians homeless. 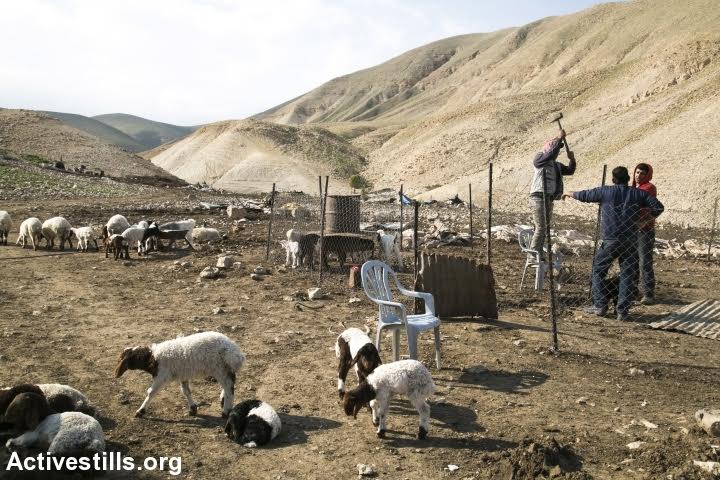 According to Israeli human rights group B’Tselem, this is the largest wave of demolitions in the Jordan Valley in recent memory. Over the past few weeks, Israel has stepped up its demolitions in Area C of the West Bank, under full Israeli military and civil control.

Wednesday’s demolitions began in the village Jiflik, where authorities destroyed five homes and a water pipe connected to 50 houses, leaving 300 Palestinians disconnected from the water grid.

Authorities then moved to the village of Fasayil, where they demolished a home provided by the European Union following a previous demolition last year, as well as an animal pen and a bathroom. 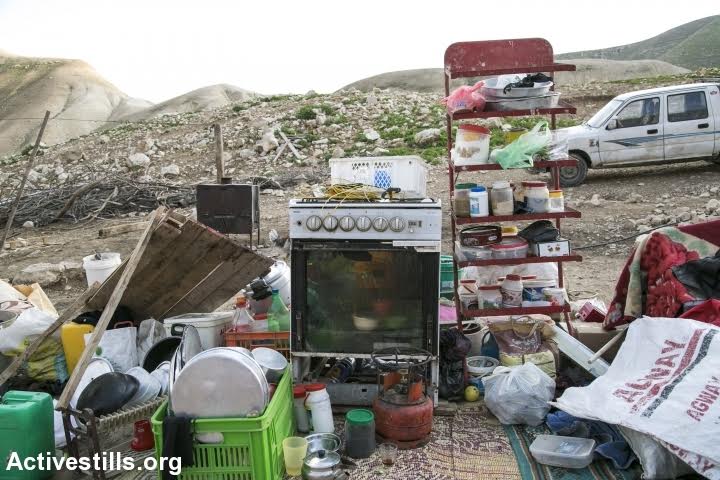 In the tiny Karzaliya community, located next a spring approximately three miles from Route 90, Israeli authorities demolished two homes, a structure for animals, and a restroom. On their way out, the Israeli army built a ditch and piled up rocks in order to block the dirt path that connects the community to the main road. The Karzaliya community was demolished three times last year.

The army also demolished two tents in the village of Al-Miksar. 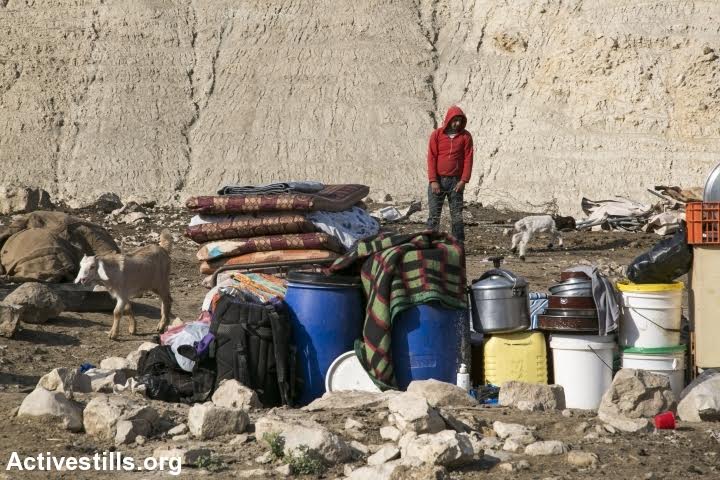 The Israeli authorities argue that the demolitions take place only when Palestinians build illegally — that is, without building permits — or in live-fire areas. This, despite the fact that some of these communities own the land, and the vast majority of them have been living in the area since before the occupation of the West Bank in 1967.

As a rule, Israel does not allow Palestinians to build in Area C — which makes up more than 60 percent of the West Bank. In the past, the army has admitted that creating live-fire training zones in the West Bank is intended, among other things, for the purpose of expelling Palestinian communities.

In recent months it seems that the state is pressuring Palestinian residents of Area C to leave. Last week, the army demolished dozens of homes in Firing Zone 918 in the south Hebron Hills. The demolitions were halted midway following an intervention by the High Court of Justice. In January, the IDF began training in a live-fire zone in the northern part of the Jordan Valley, forcing two more communities to leave their homes during the training.