Roughly thirty demonstrators including Israeli and international supporters marched peacefully to the Separation Wall as part of the weekly unarmed protest in Ni’ilin. Protesters were attacked with tear gas and soldiers entered Ni’ilin’s agricultural lands, chasing the demonstration back to the village. 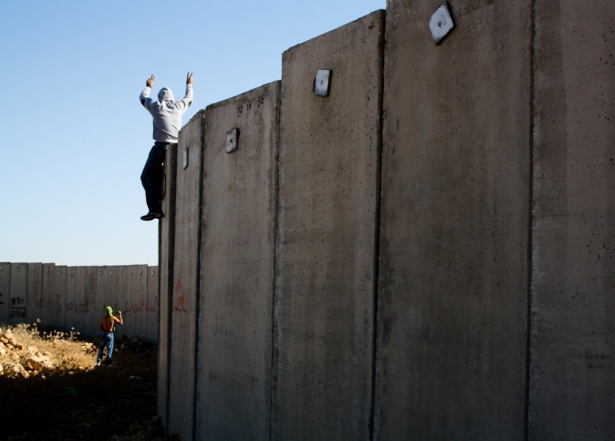 After midday prayers, villagers from Ni’ilin along with Israeli and international supporters peacefully marched to the Separation Wall, which sits in the heart of their agricultural lands. Israeli army soldiers on the other side of the wall informed the demonstrators that the area was considered a closed military zone demanding the demonstrators to leave the area. The demonstration responded that the land was a ‘closed Ni’ilin area’. They inform the soldiers that the right to protest was theirs. 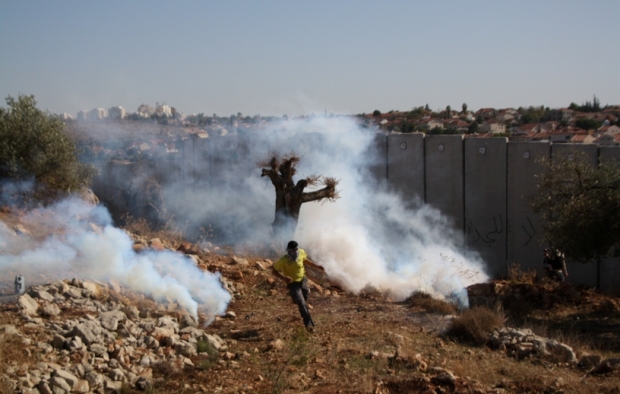 The army responded with a salvo of tear gas in all directions which covered the protest area. The tear gas forced the demonstration to move to the western edge of the wall as soldiers invaded the agricultural land with the intention of arresting protesters. Before the soldiers entered, demonstrators scaled the 8 meter high barrier and flashed peace signs to the soldiers on the other side. As soldiers entered the agricultural land they used tear gas projectiles as large bullets, firing them directly at demonstrators. This is an illegal method of crowd control and breaks Israeli army rules of conduct in crowd control situations. The protest ended with no injuries other than tear inhalation among a dozen protesters. 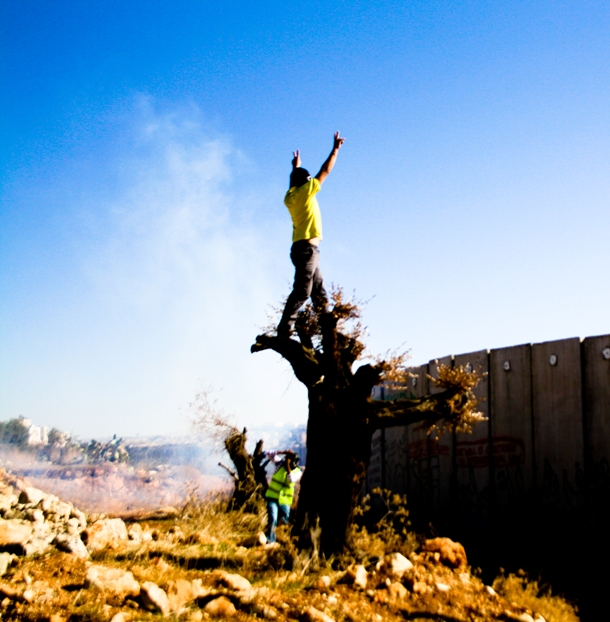 From the Popular Struggle Coordination Committee