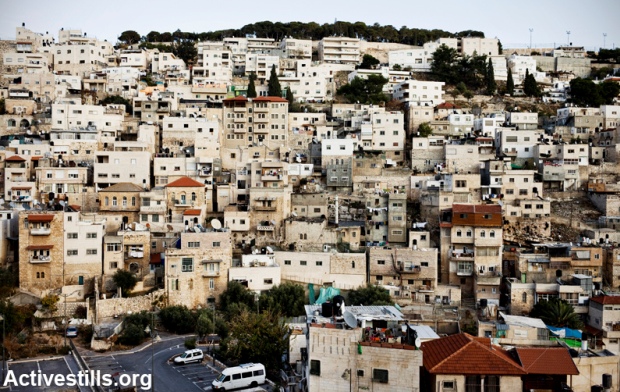 The Jewish National Fund (KKL-JNF), one of the most respected and well-known institutions in Zionist history, has become involved in a controversy over the attempted evacuation of an East Jerusalem family from its home. After denying its major part in the affair, the JNF has now gone back to threatening legal action against the Sumarin family, unless all family members leave their home in Silwan immediately.

Over the last two decades, Silwan, the biggest Palestinian neighborhood in Jerusalem, has been the target of major colonization efforts by Jewish settlers.

Most people know the JNF because of its tree-planting campaigns. On its site, the JNF invites donors to sponsor a tree in Israel, or plant one on their own. It also takes pride having planted 240 million trees in Israel. Yet the JNF’s primary function is keeping state land exclusively in Jewish hands. The JNF now controls 13 percent of the land in Israel. As a policy, the fund – a non-profit which is run by the Israeli government – markets its land only to Jews.

Now it turns out that the JNF also takes an active part in evacuating Palestinians from their homes in East Jerusalem, east of the Green Line.

The current affair began in the 1980s, when the original owner of the Sumarin home, Musa Sumarin, passed away. Israel did not recognize the family members living in the house at the time as Musa’s heirs, and instead had the Custodian of Absentee Properties take control over the home. This was and still is the most common practice in the ongoing “legal” campaign to uproot Palestinians from their homes.

The Custodian of Absentee Properties gave the asset, along with other properties in Silwan, to Himnuta, a subsidiary wholly owned by the JNF. Himnuta launched a legal battle alongside the settlers’ organization Elad to remove the Sumarin family from its home.

You can read more about Himnuta and the effort to move the Sumarins here, here and here.

Following the exposure of the story by Haaretz a couple of weeks ago, several organizations started a campaign aimed at stopping the evacuation. Rabbis for Human Rights, Solidarity and Yachad urged activists to write letters to JNF officials, demanding they let the Sumarin family continue living in the house.

Concern over the damage to their image led the JNF’s American office to post this sarcastic message on their site, denying all involvement in the affair:

JNF has been the topic of a recent petition put out by Rabbis for Human Rights. In a world in which everyone is tearing each other apart it would have been nice to show a little civility and menschlichkeit, by handling their concerns in a different way. A phone call or meeting to learn the fact would have been nice.

KKL-JNF leased the land to Elad in the early ‘90’s. The reason for leasing the land was because of the ongoing City of David excavations that began in the aftermath of the ’67 war.

KKL-JNF has no rights, control, or responsibility in this issue at all. This would be as if we leased the land to someone who built a shopping center and one of the storeowners didn’t pay rent to the developer. It is strictly between the Sumarins and Elad, not KKL-JNF. Elad, as the one who has full legal rights over the entire area, has exercised the due process of the legal system of Israel.

Yet as legal documents reveal, the JNF took part in all the proceedings against the Sumarins. In fact, it is the JNF-owned Himnuta that signed the warrant for the evacuation of the Sumarin family. A lawyer for the family told Haaretz that Elad, the settler organization, is not even mentioned in the warrant.

And here comes the interesting and little-noticed part: In a comment to today’s piece on Haaretz, the JNF no longer conceals its involvement in the affair (my emphasis):

The JNF said that “in 2006, after a legal battle, the court determined that the Sumarin are to evacuate the asset in Silwan. The family refuses to carry out the court’s order and have rebuffed efforts to engage in a dialogue that would resolve the case. Out of the company’s (JNF) responsibility and sensitivity, it was decided that the evacuation would not be carried out right now, and a new attempt for dialogue would take place; if this fails, the company would turn to the legal authorities so that they would carry out the verdict.”

(For some reason, the important sentence at the end of the comment wasn’t translated in Haaretz’s English edition.)

So, what do we have here? (a) JNF Israel lets it be known that JNF America simply lied in its public announcement and (b) JNF Israel makes it clear that if the Sumarins cannot be persuaded to leave their home, they will be kicked out – soon.

So much for the talks about excavations and leasing. The JNF is openly trying to get Palestinians out of their homes, and bring Elad’s settlers in.

UPDATE: The Jerusalem court has froze the eviction of the Sumarin family, thus giving the JNF a chance to reconsider their position. Will they use it?

————————-
Read more about this story, and about the JNF’s involvement in pushing Palestinians from their homes and lands:

The JNF: Planting Trees or Uprooting Families?
JNF involvement in the repeated destructions of the Beduin village El-Araqib 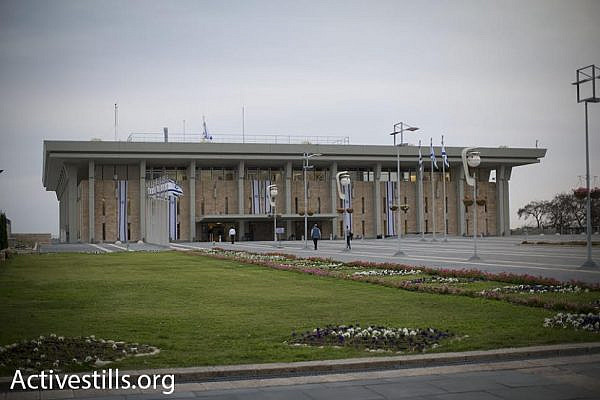 WATCH: Marking 50 years of occupation — in the Knesset
Elected officials and representatives of civil society in Israel mark 50 years of Israel’s occupation, discussing what it would take to end the occupation — and more importantly, what perpetuates it.
By Social TV March 11, 2017 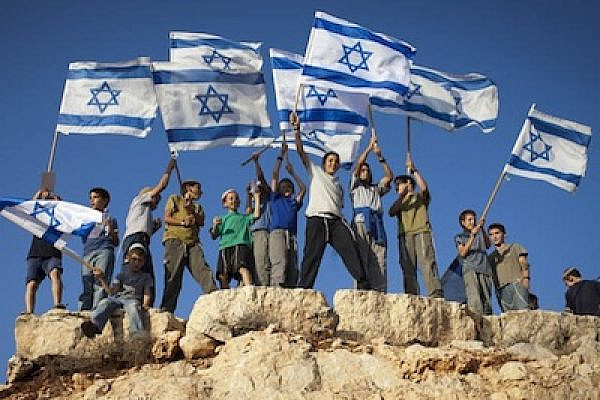 “Jewish Terrorism” pays – illegal outpost evacuation postponed
Haaretz reports today that the state will postpone the dismantling of the West Bank settlement outpost known as Givat Assaf, close to Beit El – never mind that the government has yet to bother cooking up any new excuses for doing so. Haaretz explains that following a 2007 petition to the High Court of Justice…
By Dahlia Scheindlin November 9, 2011 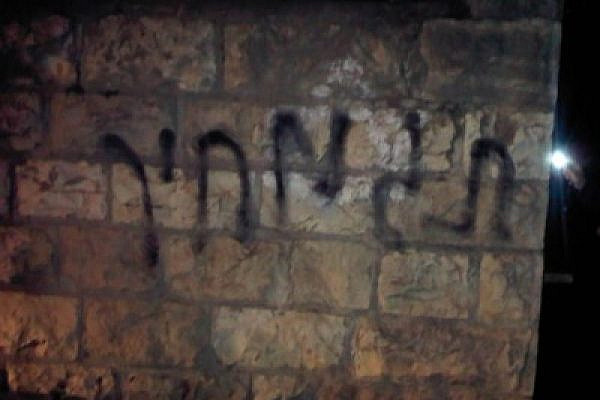 More “price tag” attacks against Peace Now
UPDATE: Just one day after a bomb threat targeted Peace Now offices in Jerusalem, the building of Hagit Ofran, the organization’s “Settlement Watch” director, was vandalized in another “Price Tag” attack. Perpetrators late Monday night spray-painted her stairwell with the words “Hagit Ofran, ZL” (an acronym used for the deceased, literally translating to “of blessed…
By Dahlia Scheindlin November 6, 2011