Why is one of the biggest stories of the past few years, and perhaps the biggest leak in U.S. history, being sidelined by the New York Times?

The story about the U.S. government’s surveillance tactics got even “better” on Sunday, as the man who leaked it became public in a YouTube video. Edward Snowden was interviewed by lawyer and blogger Glenn Greenwald from his hotel room in Hong Kong, where he is currently in hiding.

This story is big. One of the biggest ever, for obvious reasons. Daniel Ellsberg, responsible for leaking the Pentagon Papers, has said that “there has not been in American history a more important leak than Edward Snowden’s release of NSA material.”

No doubt, this is a great story for Greenwald and The Guardian. You know, one of the most important newspapers in the world? It’s quite well known.

But maybe not. Former Haaretz Editor-in-Chief Dov Alfon posted a screenshot on his Facebook wall of how the New York Times decided to refer to The Guardian. Simply as “a British newspaper” (click for larger image): 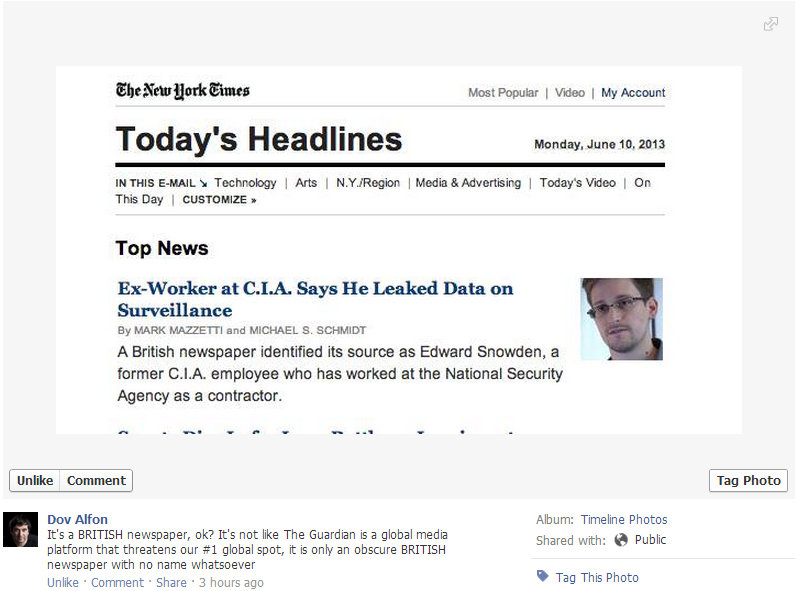 As Snowden’s name spread over the web and became the lead story of every respectable news outlet, this is how the NYT homepage looked, compared to The Guardian’s at 14:00 (Israel local time. Click for larger image): 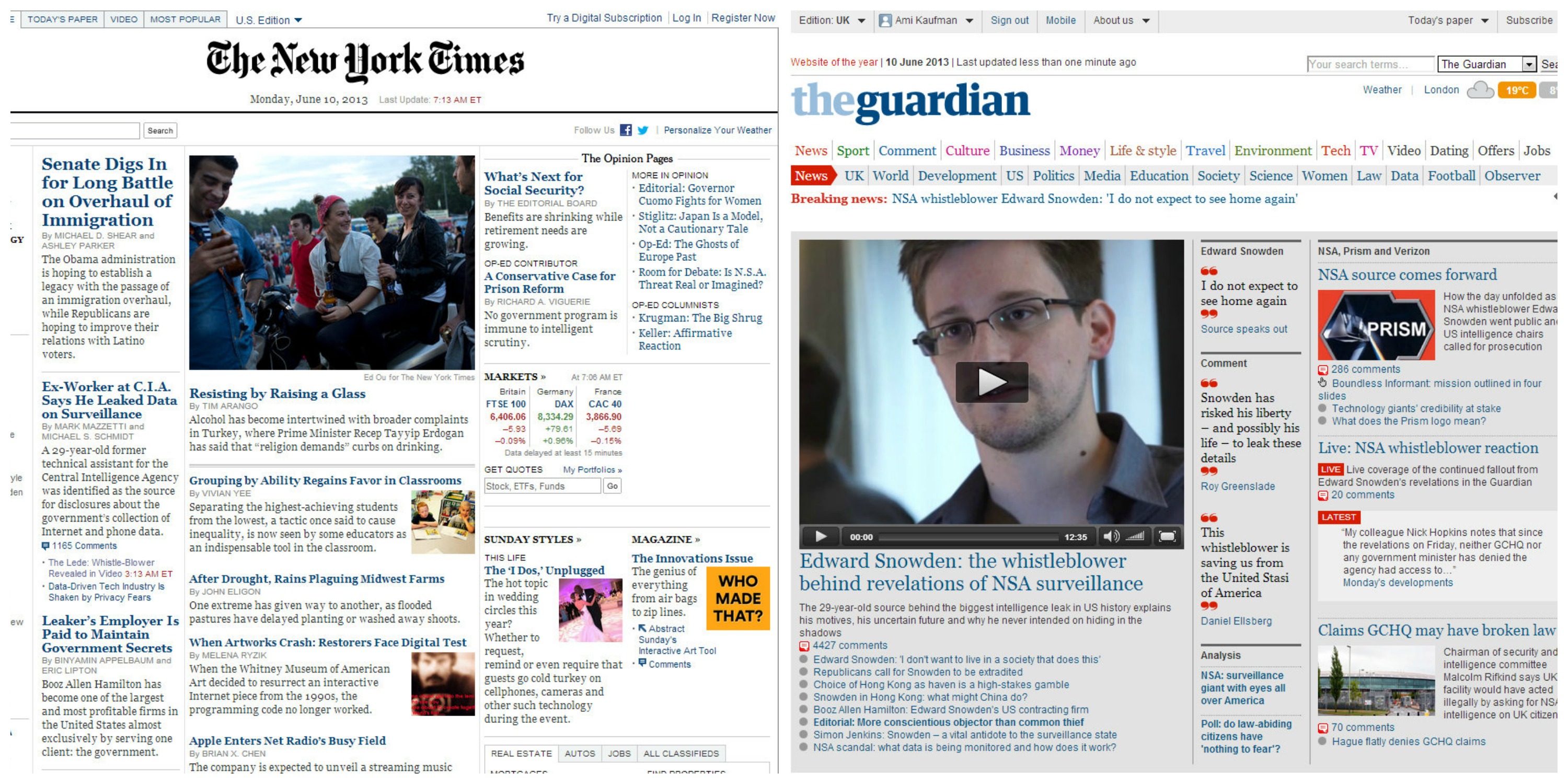 That’s it, just below the (important, yes) story on immigration.