The terms of Tuesday’s ceasefire declaration matter less than the new leverage, measured in international will, with which Palestinians now approach the negotiating table.

As a much-anticipated ceasefire took hold Tuesday, punctuating Gaza’s horrifying stretch without sleep or succor, spontaneous celebrations erupted throughout the Arab world. But the most jubilant displays were, of course, in Gaza itself, where residents shed the anxiety of a 50-day Israeli war for the simple pleasures of an evening outside. 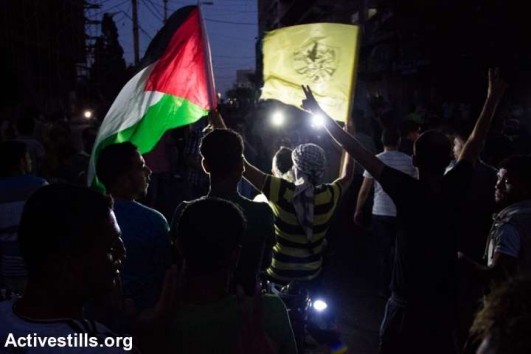 It had too long been a pleasure denied. For most of Gaza’s 1.8 million Palestinians, the right to congregate, to walk the streets without the threat of Israeli airstrikes or shelling was enough to pry victory from the rubble all around them. But some are already wondering: Once the euphoria settles, will the broad-brush terms of yesterday’s deal outweigh the costs borne by this besieged enclave?

To put that question in context, consider the children. More Palestinian children were killed in the last seven weeks than in the last five years combined. And nearly 10 times as many were killed during this Israeli operation – dubbed “Protective Edge” – than during Israel’s full-scale assault on the West Bank in 2002, known as “Defensive Shield.”

These numbers are no doubt staggering, especially against the backdrop of an eight-year siege that has left no respite from the killing, and no way for Gaza’s Palestinians to protect themselves or their children. But in all the sadness wrought by Israel’s multi-front war on a civilian population – by naval battleships, by tanks, by drones and F-16s – what matters most in this war’s wake is not the number of dead, but the fundamental question their sacrifice has raised.

The question isn’t whether 500 Palestinian children’s lives were worth the sacrifice, or whether 50 somehow would have been better. No, the question raised by this war-of-one-army is precisely this: By what law of man or nature is the killing of children so facile, so unchecked? 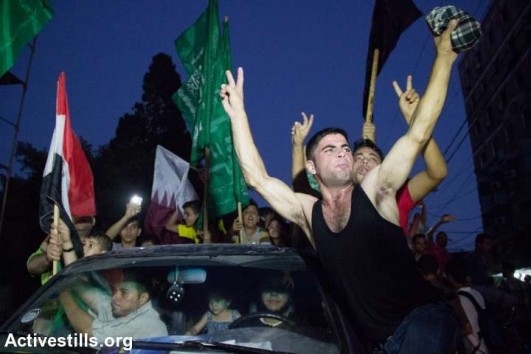 By murdering innocents in quantities unquantifiable – as they slept, as they played, as they convalesced – as if they were the Jewish state’s chattel, Israel has so savagely trampled the bounds of human decency that it has given the world a new calculus, a clear-eyed formula for finally apprehending the Palestinian predicament. For though they fight and die – and sometimes relentlessly – Palestinians, the world now knows, are neither unjustified nor unjust. They are, now in the world’s eyes as much as their own, victims of a flawed and brutal logic, of a colonial project that has run it course.

That is why the terms of yesterday’s ceasefire – which largely defers the most complicated issues, like whether and when Gaza will have its own air and sea ports – matter less than the new leverage, measured in international will, with which Palestinians now approach the negotiating table. In that way alone, Gaza has won and so, too, has the cause of justice.

As for the celebrations now taking place in Gaza, may they proceed as long as its people choose, for Gaza’s Palestinians have stared down the devil of war, and his details will be conquered in course.

Related:
WATCH: Children long for kites, not bombs, in Gaza skies
Why did Netanyahu take aim at Gaza’s tallest towers?
Gaza deaths aren’t worth a mention in leading Israeli newspaper