Is Mofaz following Begin’s example from 1967 – and will he be vindicated with a war with Iran?

Let’s begin with the positive sides of the Netanyahu-Mofaz deal. The weak joke named Yair Lapid won’t last 18 more months, so the danger the Israeli public will once more waste precious votes on a seasonal feel-good party is lessened. Lapid whined about the deal this morning (Hebrew), though one can hardly understand why. Lapid said before that he would join any  future government, and denounced former Kadima leader Tzipi Livni for not joining Netanyahu’s. So why the bee in his bonnet? Then again, this is Lapid. If you’re looking for consistency or logic, you’re looking at the wrong place.

Kadima, a party whose motto may well have been, “We took corruption out of Likud (and brought it to a new home),” also seems to be finished. Why would anyone vote for it again? During the 2009 elections, Livni managed to con the voters into believing she would prevent a Netanyahu government. Livni is out of office, but the party is now in Netanyahu’s lap. If Kadima was looking at 10 seats before Mofaz’s latest schtick, it has now sunk near the level of Ehud Barak’s Atzmaut party (which polls at zero seats). The party was created in order to provide a docile platform for Ariel Sharon on his last days. One of its founders (Meir Sheetrit) has proudly stated that it has no ideology, and it has provided a safe haven for some of the most opportunistic and repulsive of Israeli politicians (hello again, Shimon Peres and Dahlia Itzik). Given all this, the fact that it still exists is impressive. Its seats are expected to be scattered among other parties, and assuming Lapid won’t survive for long, the new Israeli political map is likely to look very interesting.

Mofaz barely survived his earlier resounding flip-flop, an episode when a letter he sent his Likud faithful in late 2005, promising them he will always stay in the party and terming it “our home,” reached them a day after his defection to Kadima. No politician can survive two such moves. Mofaz is shameless enough that yesterday he had the temerity to attack Labor’s Shelly Yachimovich and blame her of “conspiring with Netanyahu” (Hebrew).

Like many other citizens, I gawked at my screen today, and muttered my WTFs. Yesterday, we were facing elections; Netanyahu was swaggering, declaring he wasn’t afraid. Turns out he is, after all. The fact that he lied to us about elections went almost unmentioned; we have grown used to the fact our prime minister deceives us on a daily basis. Even the fact that the Machiavelli behind the Mofaz deal was Natan Eshel, who left the Prime Minister’s Office after semi-confessing to the sexual harassment of a fellow worker, didn’t garner too much attention.

My first thought upon seeing the news was that Mofaz is a spineless worm, lacking any credibility; the second was that he was probably the worst politician in the history of Israel. Ehud Barak, with five nameless MKs, shook Netanyahu down for four ministries, among them the all-important Ministry of Security (aka Ministry of Defense). Mofaz, with almost six times that number of MKs (and more MKs than Likud has), managed to grab just a puny ministry without portfolio and the meaningless title of senior vice premier.

The idea that Kadima may merge again with Likud may have worked five years ago, but Likud is much too right wing these days for that, and Likud MKs would derail any such plan out of their own interests. So either Mofaz was exceedingly stupid, or he was exceedingly terrified, and knew his political career was over: that he won the Kadima primaries only to lose 20 seats and be remembered as the loser who killed the party – a part traditionally reserved in Israeli politics for Shimon Peres.

Except that in Israeli history, there is a precedent for the head of a large party who joins a national unity government and takes only a ministry without portfolio: Menachem Begin, who entered Levi Eshkol’s national unity government in the weeks before the Israeli offensive of the Six Day War. Begin argued he should join the government out of responsibility to the nation. This period in the government helped transform Begin, who was at the time described by the establishment-controlled media as a flesh eating demon – Ben Gurion made a habit of comparing him to Hitler, and would not refer to him by name, only as the “MK sitting next to MK Bader” – and grant him the legitimacy which, a decade later, would be essential to his electoral victory.

Mofaz, who has already served as Minister of Security and Minister of Transportation, is not in need of such legitimacy. He is a part of the establishment, not an outsider looking for a way in. So why is he joining the Netanyahu government on terms so similar to Begin’s in 1967?

Perhaps because he is indeed Israel’s most inept politician. But we should consider the possibility that, like Begin, he knows (as head of the opposition) that Israel is about to launch a fateful attack, and knows that what looked this morning like the worst act of political opportunism since Shimon Peres lost one time too many and left Labor for Kadima, may appear two weeks from now in a totally different light: as providing the government with aid at its hour of greatest need.

Let’s just hope he turns out to be a doofus after all.

email
Before you go…
A lot of work goes into creating articles like the one you just read. +972 Magazine is nonprofit journalism, owned by many of our writers, editors, and journalists. In order to safeguard that independent voice, we are proud to count you, our readers, as our most important supporters. With your support, we can keep +972 Magazine a strong, independent, and sustainable force helping push the global discourse on Israel/Palestine.
DONATE
More About coalition deal 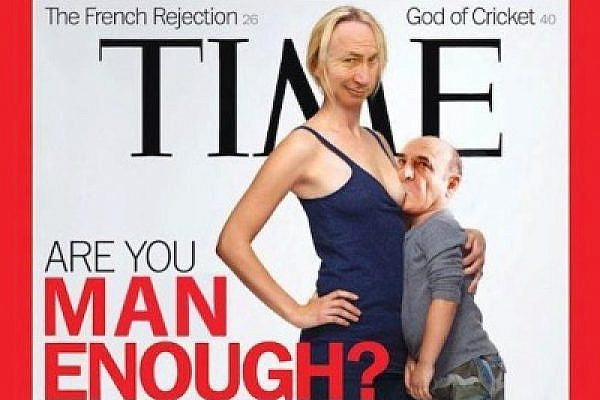 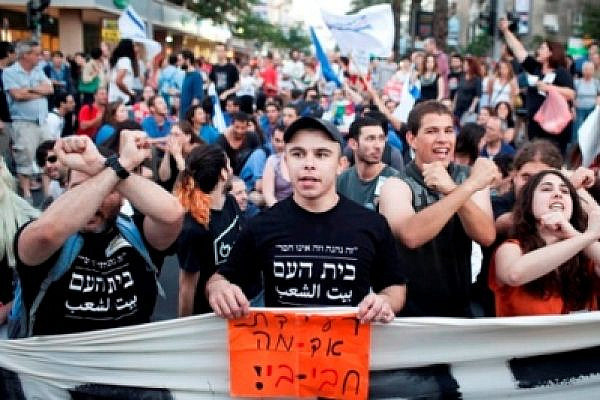 Thousands take part in May 12 protests, ten arrested
Rallies were part of international day of protest. The largest event took place in Tel Aviv, where speakers denounced the new unity government. UPDATE: A video showing protesters expose and confront an undercover policeman was added to this piece. Around 5,000 protesters in Rabin Square. took part yesterday (Saturday) night in what was labeled “the…
By +972 Magazine May 12, 2012 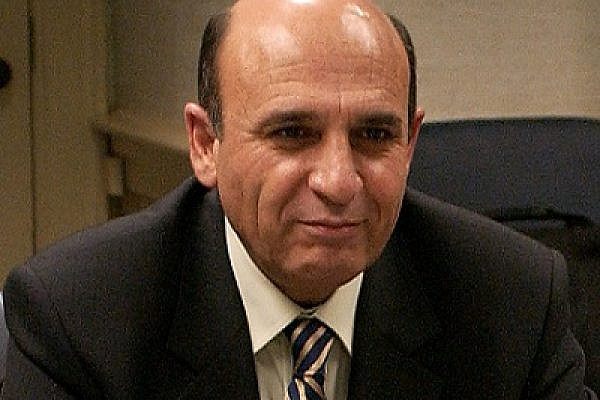 Shaul Mofaz, potential statesman, deserves a break
By Roni Schocken Congratulations to Benjamin Netanyahu and Shaul Mofaz. I’ve been fond of Mofaz for a while now. Ever since he served as defense minister in Ariel Sharon’s government during the disengagement from Gaza, Mofaz has been building himself up as a serious politician and perhaps even a statesman. It was during the disengagement…
By +972 Magazine May 10, 2012