Officials from the EU and the UN joined the Palestinian prime minister in the West Bank village of Susya, where 340 Palestinians are at risk of being pushed out of their homes. 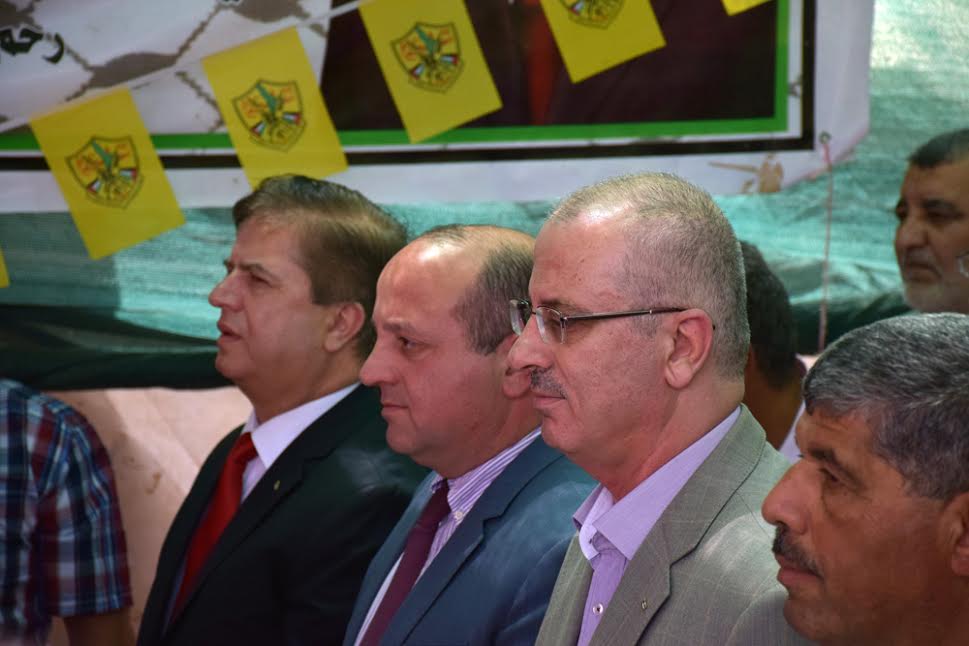 Palestinian Prime Minister Rami Hamdallah and the head of every European Union member-state mission to Palestine visited on Sunday the south Hebron Hills village of Susya, which is facing an imminent threat of destruction.

The diplomatic show followed an Israeli High Court decision not to issue an injunction against the demolition of the village and the transfer of its residents. An appeal on Susya residents’ right to remain on their land is pending in the Israeli High Court.

Noting that Palestinian and international efforts and public campaigns have prevented planned displacements of Palestinians in the past, UN Humanitarian Coordinator Daniela Owen said that Israeli plans to destroy the village could amount to forced transfer. Such a move “would be contrary to Israel’s obligations under the Fourth Geneva Convention, International Humanitarian Law and human rights law obligations.”

Head of EU Mission to Palestine John Gatt-Rutter noted that it is difficult not to draw parallels between Israel’s plans to destroy Susya and other plans displace Palestinian Bedouin elsewhere, including in Israel.

The European Union opposes the demolition of Susya, he said, and advocates increased planning rights for Palestinians in Area C, which comprises some 62 percent of the West Bank.

“The fact that every head of mission of every one of our member states was here shows that the EU has a common position on this particular issue,” Gatt-Rutter said. 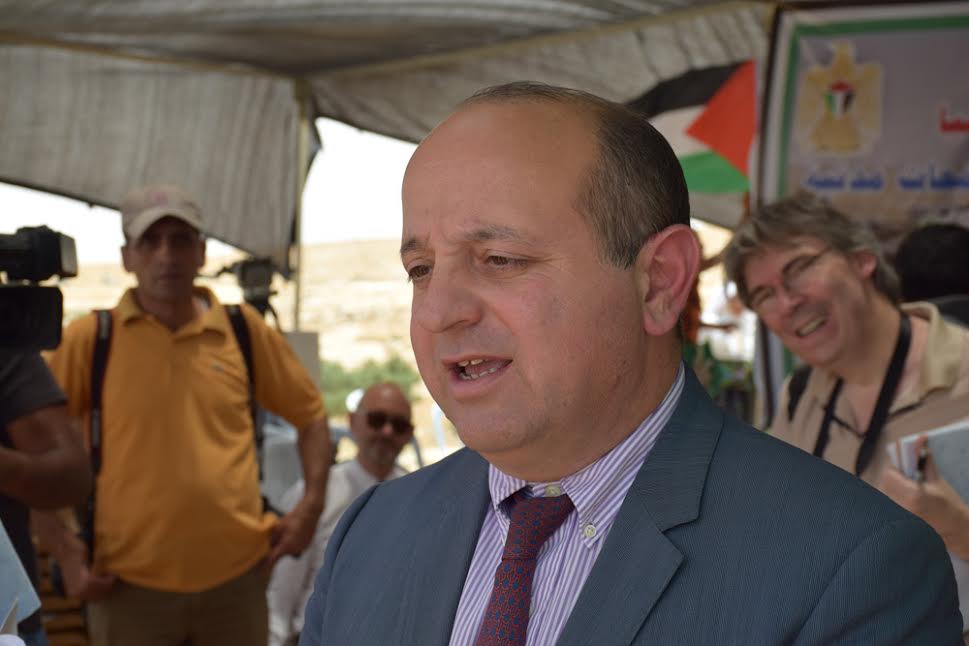 The 340 residents of Susya have for years been fighting in court for the right to stay on their land. Susya is located in the south Hebron Hills, in Area C of the West Bank, which according to the Oslo Accords is under full Israeli control. Its residents were first expelled from their lands in 1986 after the Jewish settlement of Susya was established and an archaeological site built on its former location. The Palestinian villagers then moved the village to their adjacent agricultural lands and have been fighting to subsist there ever since.

In their petition for an injunction, the residents argued that the army is obliged to legalize their village since it confiscated their land and their caves in 1986, leaving them without any housing solution and forcing them to move to their adjacent agricultural lands.

Palestinians from the village of Susya, West Bank. (Activestills)

The visit by Prime Minister Hamdallah and the European Union diplomats was only one of a number of solidarity events taking place in Susya.

This weekend, some 70 young Jews from the United States and other countries are planning to spend two days participating in building projects for the impoverished village.

“Diaspora Jews and other partners who are living in, and visiting Israel and Palestine, are answering the call to oppose the occupation and learn with Palestinian non-violent activists in the area,” the group, “All That’s Left,” said in a statement.

The community of Susya is representative not only “of the general injustice facing Palestinians under occupation, but their isolation leaves them incredibly vulnerable,” said Robin Levy, one of the organizers of the weekend direct action. “The sort of practical work we can do to help them is worthwhile.