As the ranks of Gaza’s internally displaced continue to grow, communities are forming in the most unlikely places.

The Boys Preparatory School “A” is home to hundreds of Palestinians from eastern Rafah, where fierce fighting forced them to flee to the UN-run shelter. The school sits on a quiet street just off Rafah’s Nijmeh Circle, but on August 3, its residents were jarred by an explosion so loud that it left Ashraf Eid’s ears ringing.

“I jumped up to go see what was happening,” said Eid, 22, who has been at the school with his extended family for 24 days. Trained in first aid, he rushed to the scene to find shrapnel-pierced bodies and children screaming. An Israeli airstrike had killed ten people, including an employee of the UN Relief and Works Agency, two passers-by, and seven others who had sought shelter at the school. 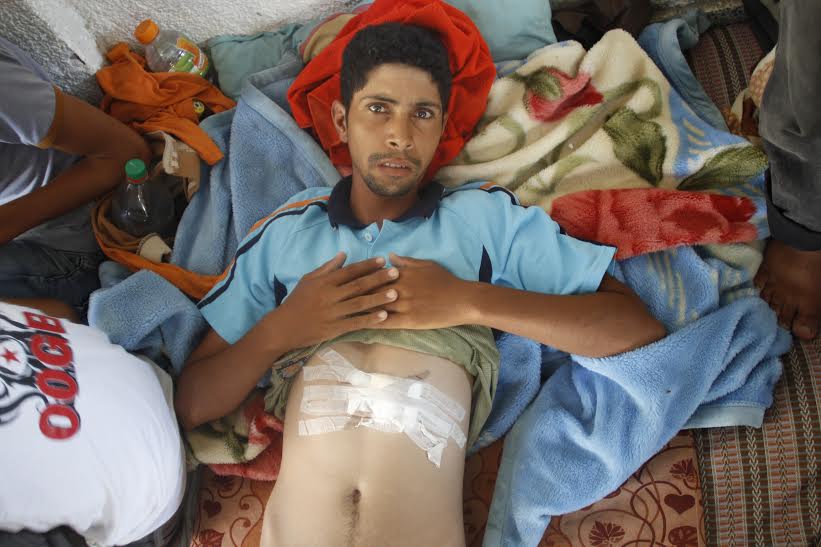 Salah Salameen and his cousin, both 24, were injured by shrapnel from the August 3 strike. They were discharged from the Kuwaiti Hospital the day of the attack because there were no beds left for them. (photo: Samer Badawi)

The next day, when I met him, Ashraf was sitting behind a desk in the school’s courtyard, surrounded by children and selling biscuits and cigarettes – a makeshift business amid the shock gripping this haggard community.

I asked him if he and the others contemplated leaving after Sunday’s attack. “Where would we go?” he said. “Anyway, when it’s our time to die, we will die.”

That kind of fatalism pervades every conversation in Gaza. When death comes – literally – from above, there is no agency, no way to hedge against the inevitability of fate.

Another of the school’s residents, Mohammad Al-Jaafari, tried to buck fate last Friday, when he made for his home in Shoka, near Gaza’s would-be airport. He left after the day’s ceasefire took effect, at 8 a.m. By 9:30 that morning, the fighting had resumed. He never made it. 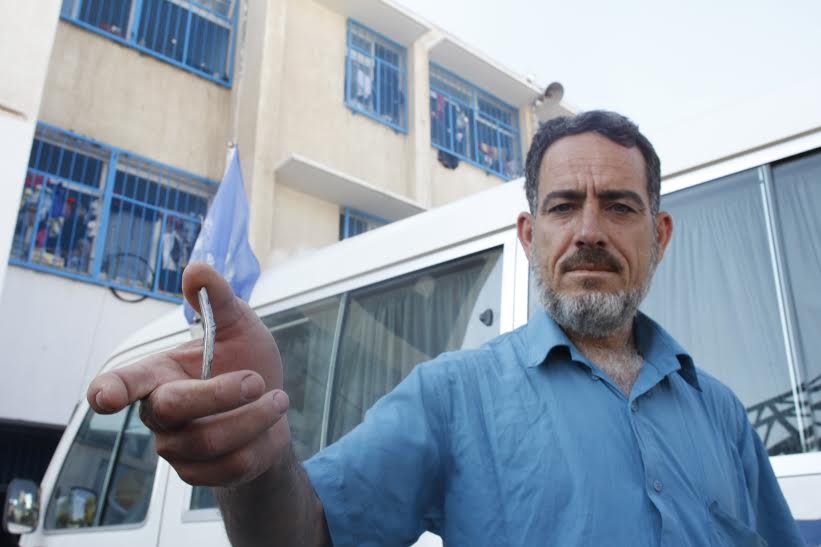 Mohammad Al-Jaafari, 46, attempted to go back to his Rafah neighborhood of Shoka last Friday, but the ceasefire planned for that day ended almost as soon as it began, and he had to turn back before he could survey the damage to his home.

With nearly half a million of Gaza’s residents—a quarter of the population—displaced by Israeli airstrikes and shelling, it’s unclear how long the UN and other agencies can provide for them. In the meantime, those who have lost their homes—or are too afraid to return—are making do.

Under a tree just outside the school’s administration building, a group of young men tends to Mohammad and Salah Salameen, 24-year-old cousins who were injured in the Israeli strike. They were admitted with shrapnel wounds to the Kuwaiti Hospital nearby but had to leave the same day because there were no beds left for them. 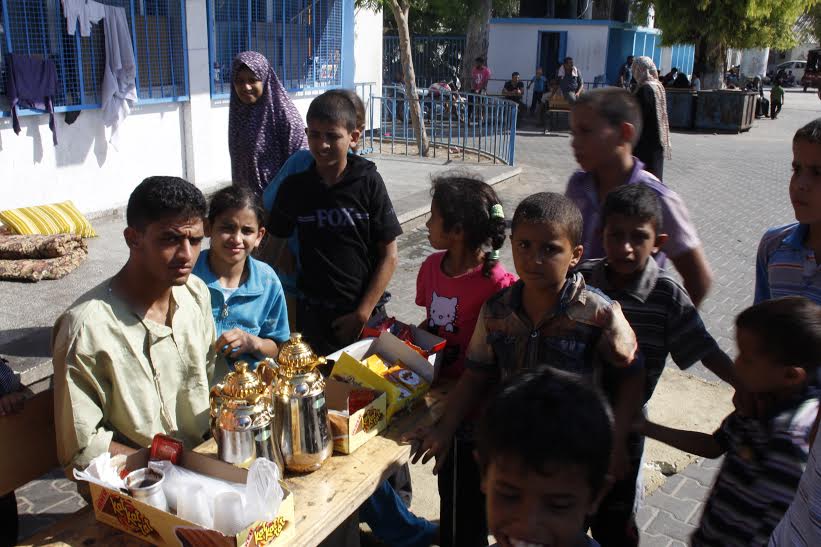 Ashraf Eid, 22, has spent 24 days at the Rafah Boys Preparatory School, which was hit by an Israeli missile strike on August 3, 2014. When he heard the impact, Eid rushed to the scene to administer first aid. (photo: Samer Badawi)

Now sleeping on foam mattresses in the dusty courtyard, their friends change their dressings and try to keep the mood light. One of them makes a paper airplane from a pack of cigarettes. Another tells jokes. As they wait out the days, no one here knows what will come next. All they know is that they have each other.

Related:
In Al Shifa, doctors can’t keep up with the wounded
Palestinians flock to hospital to wait out assault
Blaming Palestinians for their own deaths