An Israeli company has developed new technology to help identify terrorists according to their facial characteristics. 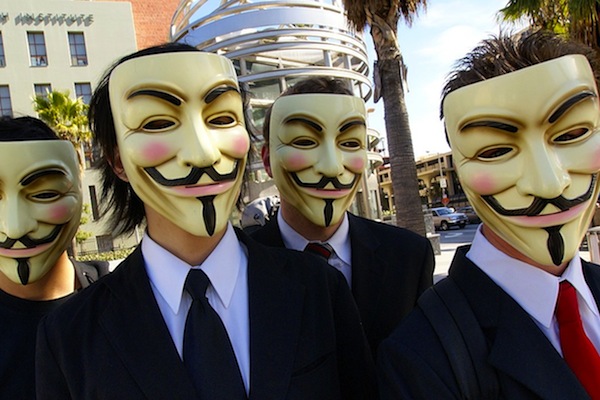 An Israeli start-up company recently made international news when it announced a new product that can identify terrorists simply by analyzing facial characteristics. Called Faception, the company offers its product to security agencies worldwide. This is not a purely theoretical initiative; according to its developers, Faception’s technology has already been purchased by several leading global security agencies, including the U.S. Department of Homeland Security and other federal agencies.

This initiative rests on a whole list of dubious assumptions concerning human nature and the nature of social relations, as well as on simple statistical errors. Perhaps more than anything, this development provides an indication of the direction in which security technology is going. It is therefore worth taking a closer look at the rationale driving such technologies.

Firstly, Faception’s product assumes that there is an innate (genetic or otherwise) tendency for violence. This is a complex issue that has been at the center of many academic debates. It seems as though the product developers are not waiting for experts to reach a decisive conclusion, but simply assume that the answer would be a positive one. But in order for it to work, it cannot simply identify all those who have a proclivity toward violence, since it is presumably able to single out terrorists among all violent persons.

A more accurate depiction of Faception’s claim, then, is that there is an innate predisposition toward a particular kind of violence. We should take into account that all modern societies are reliant on the ability of certain members to preserve the social order. This preservation is dependent on deploying a “good” kind of violence (for example, the kind used by the police or the military) to battle those who use “bad” violence to try and disrupt this order. Thus, if we expel all those who have a tendency to act violently, we will remain without soldiers, police officers, and prison guards. It would therefore be more accurate to claim that the developers of this new invention claim that the tendency to act violently in a “good” manner is clearly distinguishable from a tendency toward the “bad” type of violence.

But let us assume, for the sake of argument, that there is such an innate tendency toward “bad” violence. For this technology to deliver on its promise, we should also assume that some are born with this tendency, and that it is a stable feature of their character that persists throughout their life. When questioned on this matter, Faception CEO Shai Gilboa admit that people can undergo transformations that change their character throughout their life. He later explains that if they do, the change should be reflected in their facial features. Presuming that this is correct, how quickly does this change take place? A week? A month? A decade? The developers claim that experiments on pigs demonstrated that such changes in external features were identified within a period of three months, yet they provide no evidence that this is also true for humans. But even if it is, what would happen in the meantime? If Faception’s product is indeed embedded into security settings, there will be no hope for those who repent.

The essence of a terrorist

This leads us to the next questionable assumption that underpins the product: that “bad” violent tendencies actually shape our facial features. There are already several technologies in use that try and identify terrorists by aiming to detect emotional expressions and hidden intentions through facial expressions and body language. The SPOT program, used by the American Transportation Security Administration (TSA), trains security officers to detect micro-expressions on the faces of passengers to single out those who plan to carry out terrorist attacks.

This program is built on the assumption that our faces expose our feelings and true intentions through uncontrollable split-second expressions, and that one can train the human eye to spot such expressions. Civil rights organizations and members of the House of Representatives have already exposed this program as based on pseudo-science, while not a single terrorist has been caught using the SPOT program in the decade since it was introduced by the TSA.

Yet, Faception’s product does not refer to the expression of certain feelings or thoughts that may be reflected in our facial expressions; according to their developers, it is the essential nature of terrorists that shapes facial features. Here we can see the most acute methodological problem with the product, a problem that can more easily be demonstrated if we think about pianists instead of terrorists.

The same can be said for terrorists. Even if we could find features that are typical for all known terrorists, we cannot assume that all those who have this feature harbor the same murderous tendencies. And here is where the difference between erroneously identifying pianists and terrorists becomes a crucial one. When interviewed, the developers of this technology described the fate of those mistaken for terrorists as subjected to no more than some additional questioning and examinations. But our experience shows that there is no room for such optimism.

Perhaps more than anything — and even if all of these sets of assumptions could be proven to be valid — there would still be a fundamental ethical problem with Faception’s techonology. It has become commonplace to refer to “Minority Report” in the context of this debate. The film described a futuristic society in which technology is used to catch criminals before they can carry out their crimes. But in Faception’s case, the parallel is not a valid one. What the company’s technology does is eliminate the crucial difference between the potential to do something, the intention of doing it, and the act itself. It operates under the assumption that the inborn tendency to do something is enough to limit a person’s freedom, even if he or she never planned or even intended to carry out an illegal act. It is an assumption that supposes a frighteningly deterministic worldview.

Faception’s technology is only one of a growing series of developments aimed at finding a solution to terror. Since 9/11, a particular discourse about terror has become commonplace — one that is characterized by the de-politicization and de-contextualization of violent resistance of any kind, especially when it is carried out by Muslims. Consequently, the ability to talk about the political (rather than the social) causes that lead people to choose to become terrorists, questions about the efficacy of terror and the motivations that cause terror, have all been demarcated as dangerous themselves — as if these mere discussions legitimize terror.

According to the predominant public discussion, terror is no longer perceived as the outcome of a political struggle. Instead it is treated as a natural phenomenon, as a given affliction of our times, or as a plague whose sources cannot be fathomed. This approach provides a fertile ground for a search for the biological sources of such dangers. The biologicalization of terror, and the growing reliance on presumably objective technological solutions, are reshaping our public civic spaces. The fact that the adoption of these technologies is promoted in the name of safeguarding us in a world increasingly perceived as dangerous and hostile, erodes our possibility to open this discussion up and to ask whether we are even willing to live in such a world in the first place.

Merav Amir is a lecturer of political geography at Queen’s University in Belfast. This article was first published in Hebrew on Local Call. Read it here.