The catastrophic outcomes of another Israeli-Hezbollah conflict  for both sides is likely deterring escalation into all-out war.

Since the Gaza war ended, Israeli media quickly shifted its focus to the next conflict – with Hezbollah. Channel 2 aired an extensive interview with a senior Israeli military officer under the headline “The 3rd Lebanon War” detailing the immense costs such a clash would incur, as if another conflict with Hezbollah is a pre-determined fact.  Referring to the threat, longtime Israeli journalist Ben Caspit warned, “not since the War of Independence has the sovereignty of the Jewish State been in such peril.”

Ironically though, Hezbollah’s increased strength significantly reduces the chances of another war between the two parties.  Even during the clandestine battle between Israel and Hezbollah on Syrian territory which has led to losses on both sides, each leader realizes the outcome of a full-scale war would be unbearably catastrophic. This has caused both sides to scale back their responses and created a formidable mutual deterrence between the adversaries.

In multiple briefings with local press following the Gaza war, senior military officials have warned about Hezbollah’s strength. Hezbollah possesses approximately 100,000 rockets, 10-times the number in Hamas’s arsenal. In contrast to previous battles fought in Lebanon, the Israeli military believes that Hezbollah is now prepared t o send well-trained fighters across the border to conquer an Israeli town. The far more intense conflict could even last up-to four months, cautioned the senior Israeli officer. Any Israeli government understands that these nightmare scenarios must be avoided.

Daniel Sobelman, Research Fellow at Harvard’s Kennedy School of Government, notes that Hezbollah’s ability to provoke such fear is especially impressive given that Hezbollah is a non-state actor and much weaker militarily than Israel. Nonetheless, in a “calculated way,” Nasrallah has managed to establish a “fierce military deterrence vis-à-vis Israel,” Sobelman explains.

During the height of the Gaza war, the IDF presented the Security Cabinet with the estimated costs of a full-scale invasion: hundreds of soldiers killed, tens of billion of shekels lost and gruesome battles in the heart of Gaza City. After this frightening briefing, even Israel’s most hawkish minister Naphtali Bennett rejected a complete re-occupation of Gaza. If Israeli ministers shied away from a battle with the weaker Hamas, one can only imagine the Israeli government’s caution before engaging in a war with Hezbollah, which could inflict horrific damage on Israel.

Yet, the fear on both sides of an all-out war has not prevented the lower-intensity incidents in “grey-areas” away from the Israeli-Lebanese border. Bulgarian officials implicated Hezbollah in the 2012 Burgas attack that killed 5 Israeli tourists. Reputable analysts confirm that Israel assassinated senior Hezbollah leader Hassan Laqqis in a covert operation last year. These conflicts have spread to the Golan Heights where Israel has accused Hezbollah of planting an explosive near the Israeli-Syrian demarcation line.

What unites these strikes is the ability of both sides to credibly deny their roles.  These ambiguous attacks lead to long investigations, allowing the other side to refrain from quickly responding across the volatile Israeli-Lebanese border. Even when Israel or Hezbollah suffer a painful covert strike, its fear of the other’s military strength prevents a direct confrontation, forcing a more limited covert response. 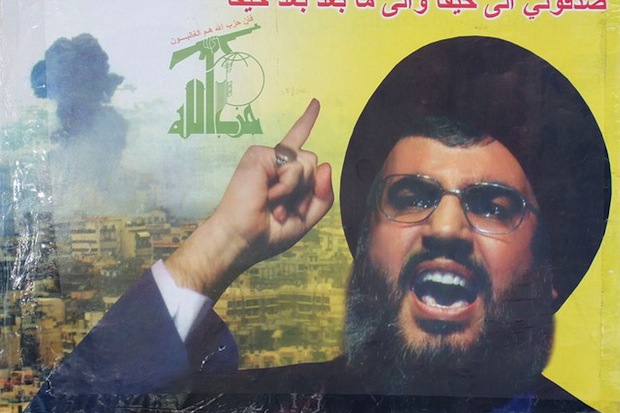 Hezbollah leader Hassan Nasrallah has voiced the dangers of another war. In a startling admission after the 2006 fighting, which began with the kidnapping two Israeli soldiers, Nasrallah exclaimed, “Now if you ask me if there was a 1% chance that the kidnapping would lead to the war, would you go ahead with the kidnapping? I would say definitely not.”

In this devastating war, Over 1,000 Lebanese were killed, including hundreds of Hezbollah fighters. Severely damaging much of the country’s infrastructure, Israel also left approximately 1 million unexploded ordinances in southern Lebanon, more than one for each of the area’s 650,000 residents.

If these attacks were not enough to deter Hezbollah against launching another war, senior Israeli officials have cautioned that they will use even greater force next time. Israeli Army Northern Command Chief Gadi Eisenkot warned that in a future war with Hezbollah, Israel would exercise “disproportional force” causing massive damage in Lebanon. “What happened in the Dahiyah quarter of Beirut in 2006 will happen in every village to which Israel is fired on,” Eisenkot said. He clarified that “this is not a recommendation” but a “plan that has been approved.”

Hezbollah also faces a completely different regional context compared to the 2006 war. In an August 2014 address, Nasrallah emphasized that Lebanon faced an “existential threat”, not from Israel, but rather from the Islamic State in Syria.

The two most important strategic priorities for Hezbollah now are “preventing the Assad regime from imploding” and “maintaining the status quo in Lebanon” despite a tenuous political climate, explained Randa Slim, Lebanese analyst at the Middle East Institute. Slim also highlighted the organization’s limited capacities after sending so many of its fighters to Syria. A full-scale war with Israel would severely distract Hezbollah from the “existential threat” in Syria and its domestic standing in Lebanon.

Only a few months ago, Israeli Army Chief of Staff Benny Gantz conceded that Hezbollah is stronger than any other Arab army. Although many Israelis are frightened by this realization, Hezbollah’s power ironically has played a major role in preventing a future war. Covert operations between the adversaries have raged during the past years and will continue. Yet, both sides’ credible fear of the other’s formidable military capabilities deters Netanyahu and Nasrallah from escalating the conflict to a full-scale war.