The latest campaign of incitement in Israel is so extreme even the Right has condemned it. The irony? Its message is entirely in line with that of the government. 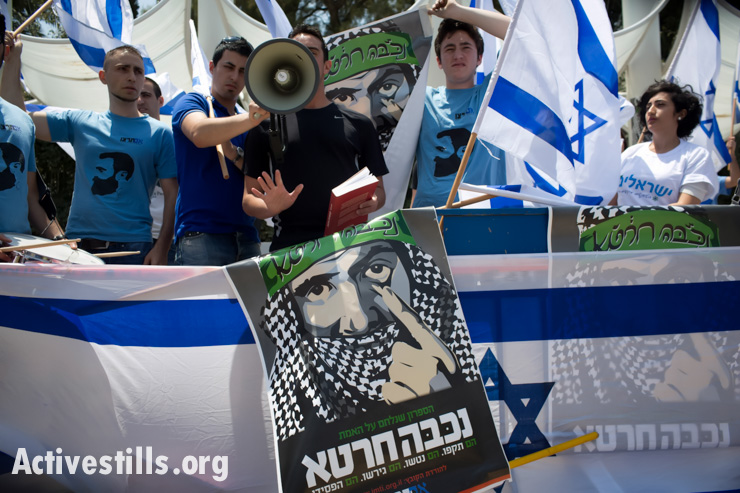 Right-wing nationalists from the quasi-fascist group, Im Tirzu, protest as Palestinian citizens of Israel and their Jewish-Israeli supporters commemorate the Nakba at Tel Aviv University, May 11, 2014. (Activestills.org)

A single day after right-wing Culture Minister Miri Regev proposed cutting funding to artists and cultural institutions that are “not loyal” to the State of Israel, quasi-fascist organization Im Tirzu launched a campaign to name and shame artists who support human rights and anti-occupation groups.

Several weeks ago, Im Tirzu, a hyper-nationalist organization that an Israeli court ruled resembles a fascist movement, launched another campaign accusing human rights and anti-occupation activists of being foreign planted “moles.” The current campaign, an extension of the first, is being promoted under the banner “moles in [our] culture.”

A number of political figures on the Right from Prime Minister Benjamin Netanyahu down to Benny Begin and Naftali Bennett condemned the campaign, with some saying they oppose it and others going much further. “The singling out of so-called traitors is an old-fashioned fascist technique that is both ugly and dangerous,” veteran yet marginalized Likud lawmaker Benny Begin said.

Prime Minister Netanyahu said of the latest campaign, “[I] oppose the use of the term traitor for those who disagree with me, but at the same time oppose Breaking the Silence, which slanders Israel overseas.” Education Minister Bennett described Im Tirzu’s latest campaign as “embarrassing and unnecessary.”

Im Tirzu’s tactics went too far this time. But only its tactics. The content and sentiment of its messaging are entirely in line with that of the government.

When Im Tirzu first released its “moles” campaign it openly did so with the aim of shoring up support for Justice Minister Ayelet Shaked’s proposed law targeting foreign funding of human rights and anti-occupation groups. For the most part, the groups targeted by Im Tirzu are identical to those that would be affected by Shaked’s NGO funding law. (Disclosure: The non-profit that operates +972 Magazine and its Hebrew-language sister site, Local Call, was included in Im Tirzu’s “Moles” report. We would not, however, be affected by the current version of Shaked’s NGO bill.)

Now the organization has timed its latest report, about cultural figures associated with human rights and anti-occupation groups, with another piece of legislation that targets artists and cultural institutions that oppose various aspects of the ruling regime.

One might be tempted to applaud the leaders of Israel’s government, arguably the most right-wing in the country’s history, for condemning the McCarthyist tactics of an extra-parliamentary quasi-fascist organization. Those same leaders, however, continue to support the very policies that aim to delegitimize human rights groups as foreign agents and the artists who share their values as traitors.

And that is what is happening in Israel today.

There is a concerted effort by the Right, both within the government and in extra-parliamentary movements, to push the certain liberal values out of the acceptable political lexicon in Israel. 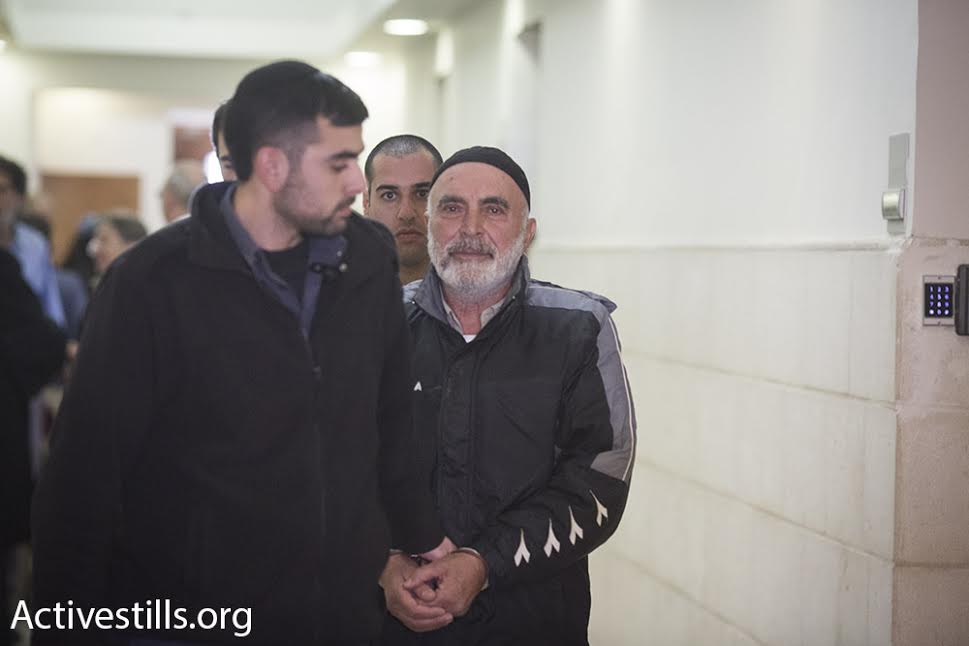 By putting disproportionate focus on the foreign funding of human rights groups, these right-wing actors are saying that human rights are alien to Israel’s set of values.

By threatening the funding of artists who oppose certain aspects of Israel’s regime, the government is saying that you cannot criticize the regime without consequences.

By comparing the “radical left” to terrorist elements in the right-wing settler movement, the government is saying that anti-occupation activities will not be tolerated, something we saw with the draconian treatment of Ezra Nawi, Guy Butovia and Nasser Nawaj’ah in recent weeks.

The legitimate political spaces for opposing the occupation from within Israeli society are rapidly shrinking. Opposition leader Isaac Herzog, leader of the Labor party often associated with Yitzhak Rabin’s peacemaking, declared this week that the two-state solution is not happening any time soon and has been trying to outflank Netanyahu from the right. The only remaining left-wing Zionist party in Israel, Meretz, hasn’t won more than six seats in the past 12 years.

Bad things happen when there is no room for dissent in a country’s politics. The opposition becomes weaker, the regime feels entitled enough to institute a tyranny of the majority (something Palestinians have fallen victim to since day one of Israel’s democracy), and political opponents become dissidents.

Those on the Right delegitimizing and ostracizing the home-grown “foreign moles” fighting the occupation are actually creating a self-fulfilling prophecy. For if it manages to eliminate the anti-occupation movement within Israeli politics and society, the world will stop deluding itself into believing that there’s a chance Israel can correct its own tragic trajectory. And when that happens, it’s a whole other game.

Update:
The following video of Prime Minister Benjamin Netanyahu making a fundraising pitch for Im Tirzu in 2012 has been circulating on social media today.