Ehud Barak isn’t the ‘only hope’ to defeat Netanyahu. He is, however, the most dangerous prime minister Israel has ever had. 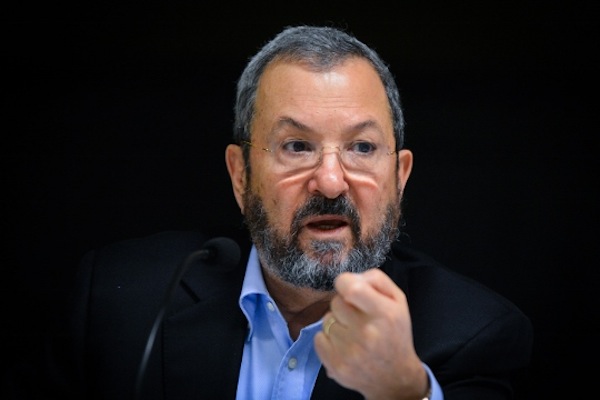 It seems Ehud Barak is planning a return to politics: posters have appeared calling on him to “run” (where exactly is unclear), and now even Haaretz columnist Gideon Levy reluctantly voiced the opinion that for all his faults, Barak is “the only hope” to defeat Netanyahu because he is “so much more brilliant than his politician peers.” But before the buildup of yet another great white hope commences, a reminder might be in order.

Barak was arguably the worst prime minister in Israeli history (though Olmert gives him a run for his money). He is by far the most dangerous one: Barak comprehensively destroyed the very notion of a diplomatic track with the Palestinians by burning it out at Camp David, he fanned the flames of the Second Intifada until it went from localized demonstrations into full-fledged civil war, and he manage to screw up even the only commendable decision he ever took, which was to end the Israeli occupation of South Lebanon.

The IDF never should have invaded Lebanon in the first place, and it never should have stayed a day after the first ceasefire. But of all the ways in which IDF could have left Lebanon, Barak chose the worst. At the very least he could have included a prisoner exchange in the withdrawal, ending the misery of hundreds of families and depriving Hezbollah of one of its main military goals, including the immediate casus belli of the Second Lebanon War. At the most the withdrawal could have been part of a broader peace agreement, with Hezbollah, Lebanon, or Syria, or, indeed, all three.

But Barak didn’t have time for that, not to mention the patience for actually negotiating with powerful Arab enemies. The idea that you can just walk away from a disaster you created and throw away the keys has continued to animate Israeli unilateralism, from the Gaza “disengagement” to various retired generals’ last-ditch ideas about the West Bank.

Barak spent the rest of his career alternating between legitimizing whatever the Right was doing (he never met state violence he didn’t like), and getting filthy rich off of his intimate expertise in killing people. The bookend to this was his catastrophic last tenure as defense minister, in which he was the number one proponent of bombing Iran, even more so than Netanyahu. This is perhaps the main difference between the two: Netanyahu talks crazy, and only occasionally gets pulled and pushed into acting crazy. Barak is crazy, and doesn’t need anyone’s encouragement to start a war — up to and including a regional one. And I suspect this is why he is running.

The next administration, whether Clinton’s or Trump’s, will be the most hawkish one since that of George W. Bush. Ariel Sharon, who was Barak’s friend and mentor, used Bush to radically redraw the boundaries of what Israel could and couldn’t do, as well as recasting Israel’s role in the region and its interaction with the Western world. There may well be an opportunity for an ambitious enough Israeli prime minister to attempt the same under the next president (whether hawkishly pro-Israel like Clinton or indifferent abroad and populist at home, like Trump). 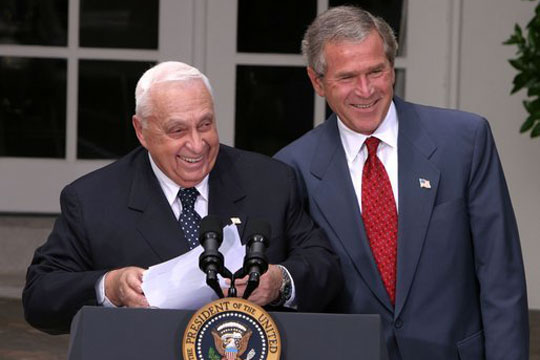 Because Barak is not merely ambitious but a megalomaniac on a scale unseen in Israel before or since, he would almost certainly attempt to use this opportunity on a mind-numbing scale and in some spectacularly violent and suicidal fashion, like bombing Iran after all. Or leading Israel into the Syria quagmire on the pretext of routing Hezbollah from the Golan Heights. Or unilaterally withdrawing from parts of the West Bank and turning them into smaller versions of Gaza. Or all three at the same time.

Luckily Barak is still the most despised politician in Israel. The last time he was set to run he wasn’t even certain to make it past the electoral threshold. So unless Netanyahu messes up royally — or gets pulled down in an internal Likud strife — a Barak victory is spectacularly unlikely. Yet it is still depressing to see people who should know better bestir themselves to proclaim, for the millionth time, that “Barak is the only hope” to unseat Netanyahu (I’m looking at you, Gideon Levy). On that level, whatever Barak does, he we will always be part of the same “tribe” — white, educated, wealthy but with socialist roots. His supporters believe that after seven years of Netanyahu, things couldn’t get any worse.

But they can, and I hope for their consciences’ sake that the support they’re lending the generalissimo will do nothing to crack the unbroken pattern of electoral failures Barak has maintained for 16 years straight.

A version of this article appears in Hebrew on Local Call. Read it here.