The vast majority of draft dodgers and deserters refuse to serve for economic reasons. Those youngsters, who already come from Israel’s weakest communities, are the ones who will be harmed most by a new law that strips them of funds for higher education. 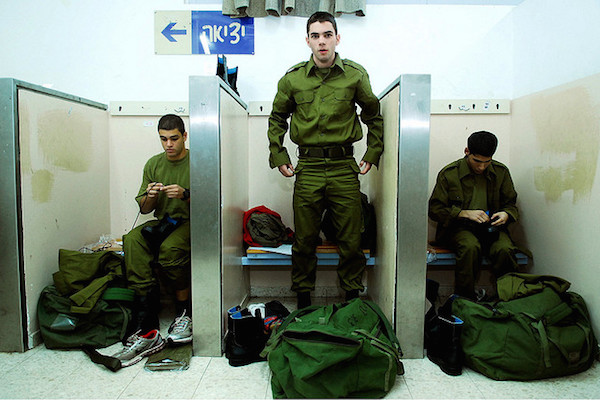 While clashes between in East Jerusalem took place surrounding the funeral of Yusuf al-Ramouni, and as the government was busy arguing about the ‘Jewish nation-state bill,’ the Knesset voted on the final approval of the “Draft-Dodgers Law.” The media coverage of the law, first proposed during ‘Operation Protective Edge’ this summer, primarily conveyed that draft dodgers will not receive any governmental subsidies for higher education. They will not receive state-funded scholarships, but more importantly, they will receive no tuition subsidies, which will means they will pay roughly four-times more than their peers.

The “law” is actually an amendment to Israel’s Council for Higher Education Law of 1958, and determines that people who did not serve in the military, and who were not legally exempt from serving, will not receive any governmental funding for their education. This means that anyone who did receive a legal exemption: Palestinians, the ultra-Orthodox, those who are exempt for psychological or other medical reasons, as well as recognized conscientious objectors, will all not be affected. So who does this bill affect?

At any given moment there are roughly 5,000 deserters from military service in Israel. About 3,000 of them never showed up for conscription and are commonly referred to as “draft dodgers.” Another 2,000 or so started their service but deserted mid-way. According to non-profit organizations working with these youth, the vast majority of them (up to 90 percent) desert for economic reasons.

In January 2015, for the first time since 1986, conscripted soldiers will get a pay raise. For most — non-combat — soldiers they will get NIS 500 ($130), up from NIS 352 ($91.50) a month. With or without the expected increase, these figures mean that anyone from a low-income family literally can’t afford to serve in the military. These youth, for lack of any better choice, just go on and continue working, contributing to the income of their families — and for that they become outlaws. Very few of them ever manage to study in higher education while working, certainly while paying tuition. Therefore, this law will affect fewer than several hundred people a year. It will likely affect the lowest economic classes in Israel. 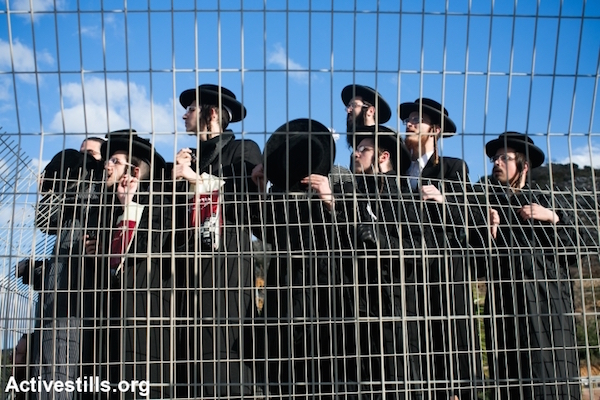 With this law having so little effect in reality, and for the most part not even targeting the stereotypical group of “draft-dodgers” Israelis love to complain about — people shrugging off their social responsibility for their own egoistical reasons — we must ask how it will work and what purpose it serves.

In order to enforce this law the minister of education must create regulations regarding the way in which the information from the academic institutes will flow from and to the military. This way the Education Ministry, and academic institutions in particular, will become the enforcers of the military draft on campuses.

The explanatory note on the law states:

We must not reward those hundreds of draft-dodging students every year, who both don’t perform their duties to society and the state, and during their academic studies — for a number of years — enjoy state funds and the state’s funding of the [academic] institution.

That is what was really voted on in Knesset yesterday – tightening the linkage between one’s military service, and one’s rights as a citizen in Israel.

When over 50 percent of Israeli citizens do not serve in the army, linking more and more rights to military service (or lack of) codifies millions of people’s status as second-class citizens. The two main groups that do not serve in the military are Palestinian citizens of Israel and ultra-Orthodox Jews; these two already — socially and economically — marginalized groups will now be further discriminated against under the pretense of not serving in the military.

This law is another step, not the first nor the last, towards social and legal linkage between military service and Israeli citizenship. Bills proposing that those who don’t perform military or national service be denied the right vote have already been drafted. It’s only a matter of time before they pass; time, and the Israeli public’s silent acceptance of laws like the one that past last night.

The author is the Israel program coordinator of the American Friends Service Committee and an Israeli anti-militarist activist. Read this article in Hebrew on +972 Magazine’s sister site here.