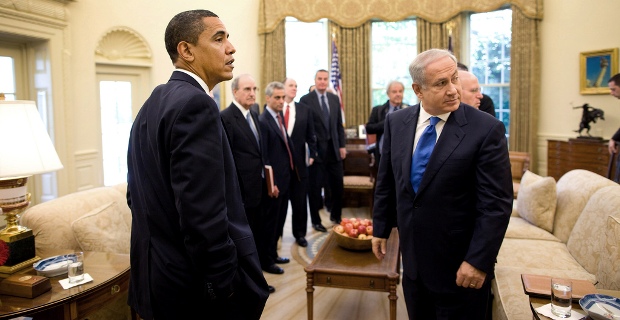 “The Crisis of Zionism,” Peter Beinart’s new book on the Jewish establishment’s transformation into a propaganda and lobbying arm for the occupation and the settlements, has a few fresh examples of Washington’s double talk regarding the nature of Israel’s control over the West Bank. It’s something you often hear in private: Every diplomat who has visited Palestinian towns and villages and met with locals knows how bad things are, but it’s impossible to discuss these issues in public because of the possible political consequences. As a matter of fact, Beinart himself is experiencing some of the wrath of the Jewish establishment right now, from hit pieces in the Jewish media to the lowest kind of personal attacks.

This incident is quoted from a senior State Department official. Naturally, he asked to remain anonymous:

In March 2009, Hillary Clinton, [U.S. Envoy George] Mitchel and a few aides traveled from Jerusalem, where they had met with Israeli officials, to Ramallah. As they sped through the West Bank, passing boulders that blocked Palestinian villages from accessing settler-dominated bypass roads, the Americans became palpably uncomfortable. “There was a kind of silence and people were careful,” remembers one former senior state department official, “but it was like, my God, you crossed that border and it was apartheid.”

Another telling incident happened during Obama’s campaign for the Democratic nomination, just before arriving to Israel. Jerusalem has just decided to bulldoze the house of a Palestinian that deliberately slammed his truck into several Jewish cars and a bus, injuring 24 people. Obama’s advisers prepared a statement that took no issues with Israel’s response. Based on a conversation with one of these advisers, Beinart writes:

Obama told them he disagreed, saying he doubted that bulldozing houses deterred terrorism and that the man’s relatives were being punished for a crime in which they played no part. But then he added, “I’m not going to say that,” in public.

It is no secret that criticizing of the occupation or showing empathy to Palestinians carries a price in Washington today. Occasionally, things become really grotesque, as they did when Prime Minister Netanyahu addressed a joint session of Congress last year:

Whenever Republicans rose to applaud Netanyahu’s more controversial statements, Democratic representative Debbie Wasserman Schultz of Florida would turn to her party colleagues and raise her arm, thus signaling them to stand as well. One White House staffer called the event a “cartoon scene.”

I will review The Crisis of Zionism sometime next week.