The city council pours oil on the fire by approving Hebrew street names in Palestinian neighborhoods as tensions run high. The move is part and parcel of efforts to ‘Judaize’ the eastern half of the city, which Palestine claims as its future capital. 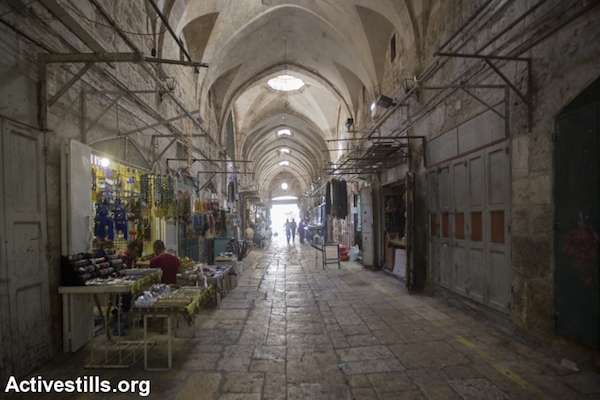 An alley in the Old City of Jerusalem, September 26, 2014. (Photo by Faiz Abu Rmeleh/Activestills.org)

With all eyes on Jerusalem as tensions in the city continue to rise, the city council approved 30 Hebrew street names for roads in East Jerusalem’s Palestinian neighborhoods Sunday evening. The decision, which was reported by Israeli news site Walla!, was criticized by Palestinian members of Knesset Ayman Odeh and Ahmad Tibi and goes against the recommendation of former Supreme Court Justice Jacob Turkel, who advised against approving the new street names given the current security situation.

The Hebrew street names will appear in Silwan, Sheikh Jarrah, A-Tur, Ras al-Amud and the area around Damascus Gate, according to Walla! The names will include Biblical references and names highlighting Jewish connections to the area. Likely to be particularly controversial is the street name “Ma’alot Ir David” in Silwan. “Ir David,” or “City of David” in English, is the name of a tourist-oriented archeological site in the middle of the Palestinian neighborhood of Silwan, aimed at promoting the Jewish/Biblical history of the area at the exclusion of its Palestinian history and residents. Archaeological digs at the site and its gradual conversion into an Israeli tourist destination have wreaked havoc on the lives of Silwan’s residents.

The move weaves together two separate strands of ongoing conflict in East Jerusalem. Firstly, it is the latest initiative in continuing attempts to Judaize the area’s Palestinian neighborhoods, spearheaded by both the government and non-government organizations (which are actually backed by the state). Secondly, the decision arrives at a time when violence in the city is on the rise due to Palestinian fears that Israel is once again trying to change the status quo on the Aqsa Mosque compound (known to Jews as the Temple Mount). There is concern that this latest revelation could exacerbate the current situation. 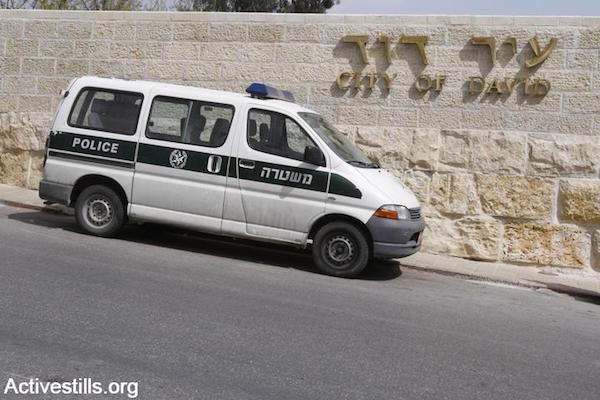 In response to the Jerusalem city council’s decision, Nisreen Alyan, an attorney with the Association for Civil Rights in Israel (ACRI), told Walla! that the entire project to name streets in East Jerusalem, which has also designated 800 Arabic road names in the area, had been initiated by an ACRI petition to the Supreme Court. The petition called on the municipality to give street names in order to facilitate and regularize postal services in Jerusalem’s Palestinian neighborhoods. Such services are currently poor to non-existent. “This is a humiliating measure that pushes residents out of the public space and will only arouse opposition and anger,” Alyan said.

The latest surge in violence in Jerusalem was sparked at the beginning of last week by Israeli security forces making their way onto the Temple Mount, apparently in response to learning that Palestinian youths planned to barricade themselves in the compound ahead of the arrival of Jews intending to pray there on the eve of Rosh Hashanah. In response to the latest flare-up, Benjamin Netanyahu is pushing for police to be allowed to open fire on stone-throwers with live ammunition — a tactic that is already in use in the West Bank.

In the background, and frequently overlooked by the Israeli media, is the ongoing “Judaization” of East Jerusalem. Activities under this umbrella include evictions, settler takeovers of Palestinian property (usually in the middle of the night), dispossession under the guise of archaeology and continual attempts by state-backed settler organizations such as Elad and Ateret Cohanim to acquire real estate in the heart of Palestinian neighborhoods.