One of East Jerusalem’s most prominent political activists was arrested for supporting terrorism — while trying to solve a traffic jam in his own neighborhood. 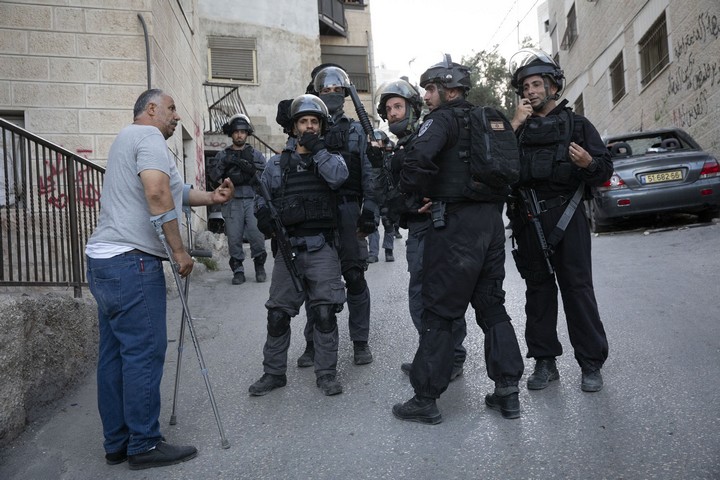 Muhammad Abu Hummus, a political activist from the East Jerusalem neighborhood of Issawiya, is seen speaking to Israeli riot police during a raid on the neighborhood. (Oren Ziv/Activestills.org)

Israeli police arrested a well-known Palestinian activist in East Jerusalem earlier this week, accusing him of encouraging drivers to run over Israeli officers while he directed traffic in his neighborhood.

Muhammad Abu Hummus, one of the most prominent activists in Issawiya who has been documenting the daily police incursions into the neighborhood over the last several months, was arrested on Sunday after uploading a video of himself guiding a Palestinian driver through a traffic jam.

Abu Hummus was brought before the Jerusalem Magistrate’s Court on Monday, where police representatives told the judge that he had encouraged the driver to run them over. In the video, Abu Hummus can be heard helping to direct traffic in the middle of Issawiya as police officers look on. When a reluctant Palestinian driver approaches, Abu Hummus can be heard telling her “id’asi,” the Arabic equivalent of “keep driving.” However, to most Jewish Israelis, it sounds similar to the Hebrew word “tidresi,” which means “to run over.” Abu Hummus was arrested four days after the video was uploaded to Facebook.

The court released Abu Hummus a day after his arrest. The police appealed the decision to the Jerusalem District Court, which extended his remand until Tuesday afternoon and ordered him to stay away from the neighborhood for 15 days. Abu Hummus has been sleeping in a gas station at the entrance to Issawiya since.

Despite what the police claim, the video shows that the officers present were not in danger, did not respond directly to Abu Hummus as he spoke in Arabic to the driver, and did not arrest him on the spot. The minutes of his hearings reveal that the police had other motives for the arrest.

Michal Peleg, an activist with the anti-occupation group Ta’ayush who was present when the video was filmed, said it was just another routine day in Issawiya. “At around 6:30 p.m., young Border Police officers began marching through the neighborhood. We followed them along with Abu Hummus and took photos. When we were on the main street, one of the officers turned around suddenly and without any cause fired a stun grenade at us, which smashed a car windshield.” 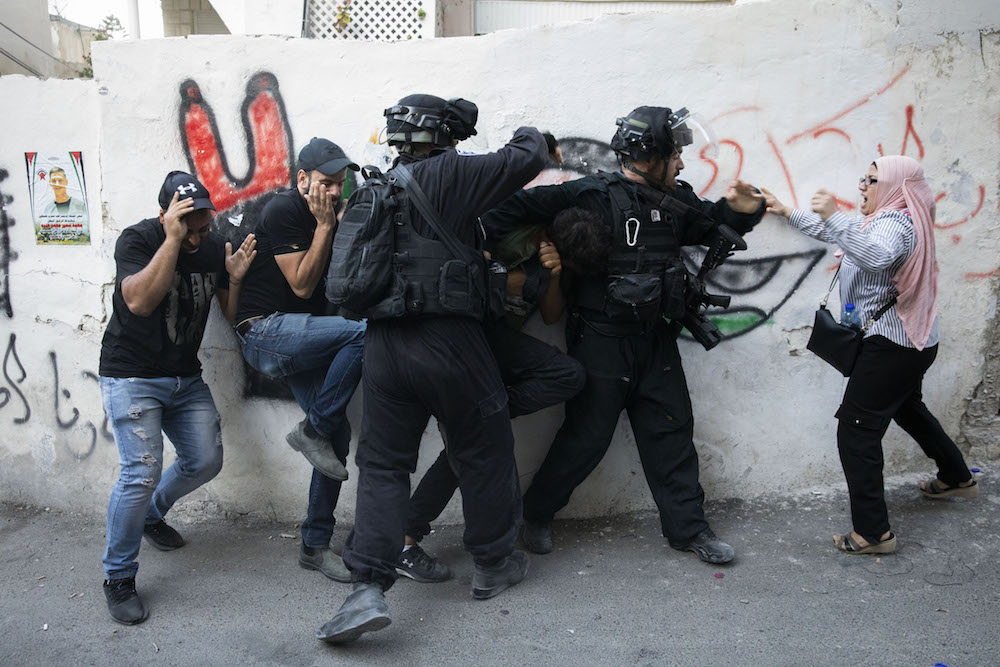 “Abu Hummus was trying to solve a traffic jam created by the police. The driver was next to us and he signaled her to go ahead so as not to block traffic,” she added.

Peleg has no doubt that the police are looking for any way to stop Abu Hummus. “They want any excuse to arrest him, so someone came up with the idea that the video could help. They have an interest in removing him because he is a source of nonviolent civil resistance and documents what they are doing in the neighborhood.”