With his refreshingly cool attitude towards Israel, the defeated leader of the British Labour Party heralds the future of Jewish politics in the West. 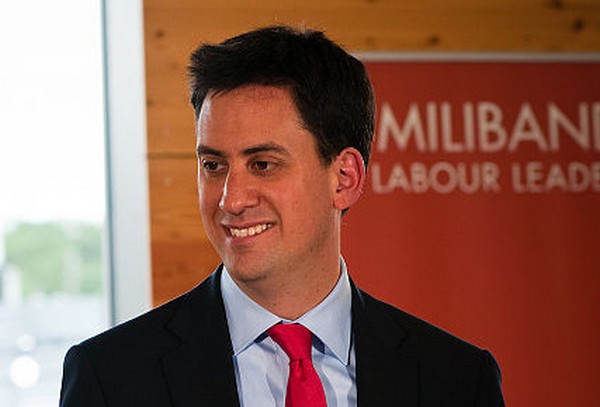 Unlike what many predicted, Ed Miliband did not become the first Jewish prime minister of Great Britain. Tendering his resignation after a crushing defeat in last week’s general election, Miliband will probably disappear to the back benches of the Labour Party, only to resurface as a run-of-the-mill cabinet minister when – if, rather – a Labour government is formed. Miliband’s leadership, as well as his heritage, will be cast into oblivion.

Few would think of this as a great loss. Leadership, heritage and other statesmanlike qualities have hardly been associated with “Awkward Ed,” as he became known in the British right-wing press. His pathological lack of charisma was one of the main reasons he failed to garner sweeping support among an electorate that has been largely sympathetic to his policies, and struggled to unite the party behind his leadership.

Miliband’s long-lasting impact on his party, let alone the nation, will be minimal. But this is not where his heritage lies. It lies in his unique disposition as a Jewish leader, namely in his refreshingly cool approach towards Israel.

Miliband was born in London as the younger son of Holocaust survivors, who had made Britain their home. His father Ralph was an eminent Marxist intellectual and, even though socialism was the dominant religion in their home, the Milibands never disavowed their Jewish heritage. “How can my Jewishness not be part of me?” Ed wrote in the pro-Labour magazine The New Statesman shortly after becoming leader. “It defines how my family was treated. It explains why we came to Britain.”

Miliband visited Israel several times. As a child, he would come to spend holidays with his grandmother in Tel Aviv – he still has many relatives living in the country, including West Bank settlements – and as Leader of the Opposition, he made an official visit to Israel, which included the obligatory stop at Yad Vashem. Miliband repeatedly styled himself as a friend of Israel, resolutely committed to the two-state solution. He was even once caught saying that he was Zionist, a statement that he was quick to retract and mindful of not making again.

Despite all this, the 2015 General Election probably saw the smallest proportion of Labour voters among British Jews, traditionally a key constituency of the party, since the Second World War. This is the irony of Miliband’s leadership, as British journalist Josh Glancy recently wrote in Tablet Magazine. In today’s Britain, a leader’s stance on Israel, rather than his roots, is what defines his “Jewishness.” Even inconsequential criticisms of Israel, like his disapproval of the IDF’s conduct during last summer’s Gaza War and his support in Parliament for a unilateral recognition of a Palestinian state, were enough to proverbially excommunicate him. For an increasingly defensive Jewish community, anything less than an unequivocal support for Israel – in the style of Prime Minister David Cameron – places you in the rival camp.

Miliband’s resistance to letting his Jewishness cloud his judgement on Israel is admirable. For him, Israel is just another country, to which he is connected by virtue of his family history – just like Poland was to David Ben-Gurion and Menachem Begin, and just like Ireland was to John Kennedy, or Italy to Rudi Giuliani.

Miliband has allowed us to imagine a post-conflict Israel debate, in which being pro-Israeli and pro-Palestinian isn’t mutually exclusive. Miliband doesn’t only stand in stark contrast to Jewish statesmen like former U.S. Senator Joe Lieberman, former Canadian minister Irwin Cotler, and former Czech Prime Minister Jan Fischer, whose unabashed pro-Israel stance overtly emanates from their Jewish heritage. He is, in equal measure, the reasonable, sober answer to rabidly anti-Zionist leaders like former Austrian Chancellor Bruno Kreisky and Argentine Foreign Minister Hector Timerman, who used their Jewishness as a stick to bash Israel with.

Similarly, the fact that Miliband was elected leader of a party that’s growing increasingly intolerant of Israel’s rejectionism puts the recently touted allegations of an anti-Semitic surge among British left-wing circles in proportion. Miliband’s prominence in those very circles shows that Israel, and not anti-Jewish sentiment per se, is the primary cause for the recent schism between Jews and progressive politics. Probably unwittingly, Miliband was a bulwark against the binary tribalism that dominates the debate, discrediting the all-too-common association of anti-Zionism with anti-Semitism as well as its mirror image, the equally objectionable association of Zionism with Semitism.

After last year’s vote on Palestinian statehood, prominent Jewish actress Maureen Lipman (the British Goldie Hawn, if you will), a long-time Labour supporter, announced that she would not vote for the party until it is “once more led by mensches.” Her inability to see that Miliband is a model Jewish leader only shows the adverse effects of a warped, unhealthy Israel debate.