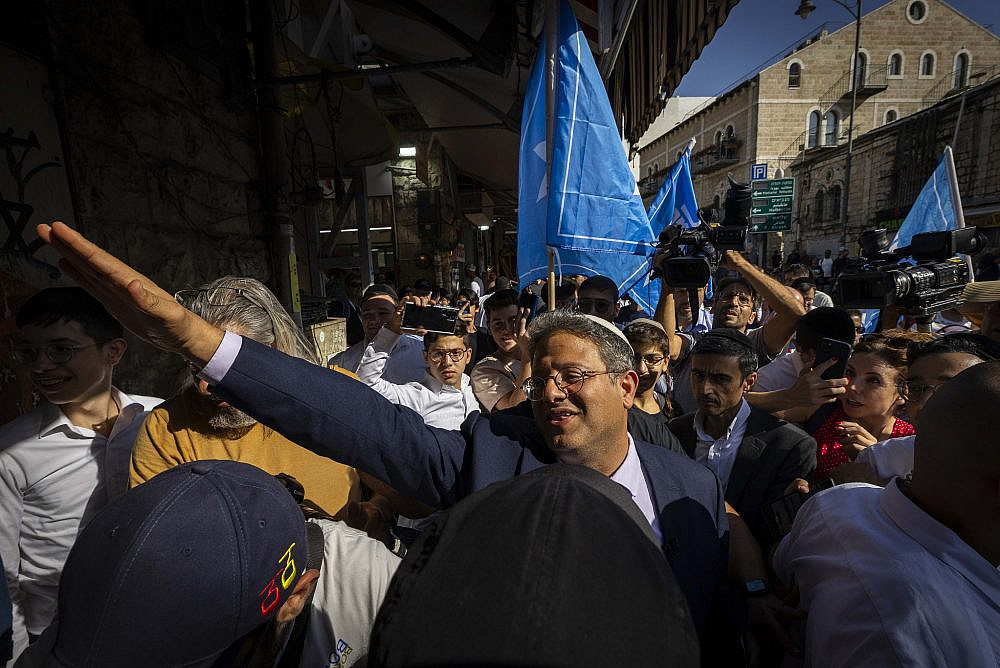 There are plenty of legitimate reasons not to follow the Israeli general election that will take place on Tuesday, Nov. 1. For one thing, this will be the fifth round in just under four years, with little expected to change in the deadlocks that have characterized these consecutive contests. They also take place amid an intense few weeks in global affairs, with a new British prime minister taking office, Sunday’s dramatic run-off election in Brazil, the upcoming U.S. midterms, and the UN Climate Change Conference (COP 27) in Sharm el-Sheikh, all against the backdrop of Russia’s war in Ukraine and the energy and inflation crises.

Even in Israel-Palestine, there are many reasons not to get excited. For the past year, the so-called “government of change” — which included the first independent Arab party to ever join an Israeli coalition, and brought the liberal Meretz back to govern for the first time in two decades — has overseen more killings of Palestinians in the occupied West Bank (as well as Israelis), more administrative detentions, and more house demolitions than the last few years of Benjamin Netanyahu’s reign. This is the same government that has advanced the ethnic cleansing of Masafer Yatta, and designated six leading Palestinian civil society groups as “terrorists” with no serious proof. And, as always, five million Palestinians in the occupied Gaza Strip and West Bank cannot participate in electing their next rulers.

Almost all the polls over the past few months have shown that the stalemate in Israeli politics is not going anywhere: the Netanyahu-led bloc of right-wing and religious parties, currently polling at 59-60 Knesset seats out of 120, is unlikely to be able to hold a parliamentary majority. The anti-Netanyahu bloc, polling at 60-61 seats, will find its internal ideological gaps much harder to bridge in order to form a coalition. A sixth round of elections is therefore very much on the cards.

Yet this election does matter, and for many Israelis and Palestinians, it may even be a pivotal moment. Here are three key issues worth paying attention to as the results begin coming in later tomorrow.

While Netanyahu maintains a strong grip over his political bloc, he is no longer the only game in town for the Israeli right. The meteoric rise of Kahanist politician Itamar Ben Gvir, whose Religious Zionism list is expected to become the third-largest faction in the Knesset with 14 to 15 seats, has made him a possible heir to the future leadership of the right-wing camp.

As my colleagues Noam Sheizaf and Ben Reiff recently wrote on these pages, Ben Gvir’s unapologetically racist and fascistic agenda, which goes even further than what Netanyahu dared to promote, is appealing to a growing audience, offering extreme solutions to a fragile status quo of Israeli domination over Palestinians on both sides of the Green Line — the maintenance of which has been Netanyahu’s main political project for over a decade. Ideas that were seen as outside the realm of legitimacy only two years ago (Netanyahu himself said at the time that he would not allow Ben Gvir a seat in his government), now seem to be enjoying the support of at least 12 percent of Israeli voters, with the blessing of the right’s supreme leader.

If Netanyahu succeeds in forming a coalition with Ben Gvir, the Kahanist is likely to gain control of a key government office, with his eyes especially keen on the Ministry of Public Security, which runs the national police. Ben Gvir will also likely push for revoking the citizenship of Palestinians and leftist Jews in Israel, all while persecuting political opposition and stifling the judicial system. It is no wonder that Ben Gvir’s image as a boogeyman has become central to almost every election campaign by centrist and left-wing parties. Even if the far right is kept out of power, the rise of this fascist trend will remain a highly concerning development.

Most political analysts agree that a key factor is likely to decide the result of the entire election: the vote of Palestinian citizens of Israel. In the third election round two years ago, when all four Arab parties ran together as the Joint List, 64.8 percent of Palestinian citizens came out to vote, winning the List a historic 15 seats and making it the third largest faction in the Knesset. Now, the parties are running on three separate and competing platforms, with polls estimating the community’s turnout could dip as low as the 40s. Polls predict that two of the lists — the Islamic Ra’am and the communist-led Hadash-Ta’al — will barely make it past the electoral threshold with four seats each, with the nationalist Balad expected to fall short.

In a tight race such as this, the question of how many Palestinian citizens come out to vote could swing the results dramatically. Many in the community — whose political participation has long been attacked and undermined by Israeli parties across the spectrum — have become more disillusioned than ever with their leadership and the entire political system. Yet if a second Arab party fails to pass the threshold, Palestinian representation in the Knesset will drop to almost nothing, tipping the electoral balance toward the right and likely ensuring Netanyahu’s ability to enjoy a more sizable and stable coalition. This is why local and foreign players on the left have poured a lot of money and effort into “get out the vote” campaigns, while the Likud and its local and international allies have secretly supported campaigns to repress the vote by proliferating messages of despair among Palestinian citizens.

The three lists on the ballot offer three very different answers to that question. Mansour Abbas of Ra’am suggests that Palestinian citizens should put aside their national identity and solidarity with their people in the occupied territories and the diaspora, and instead join any government that offers them sufficient financial benefits. Ayman Odeh and Ahmad Tibi, who lead the Hadash-Ta’al list, are campaigning under the slogan “Change through Equality,” rejecting the right wing and committing to only support a center-left government that would work to end the occupation, revoke the Jewish Nation-State Law, eradicate organized crime in Palestinian society, and stop house demolitions in the Naqab/Negev. Sami Abu Shehadeh of Balad, meanwhile, rules out supporting any Zionist-led government, committing instead to fighting for “a state of all its citizens” from the benches of opposition. The results on Tuesday will reveal which of these three positions the community chooses to get behind — if any.

Perhaps the most important story of these elections, which is arguably the least discussed, regards the Jewish-Israelis who identify as the political center. This camp, led by Yair Lapid but represented by at least four parties, has been warning its voters that Netanyahu and Ben Gvir represent a clear and immediate threat to whatever democracy Jews enjoy in the country. At the same time, the center has been reluctant to embrace the only real alternative to that threat: serious partnership with Palestinian parties, based on a commitment to bring about equality for all citizens and an end to the occupation.

Had Yair Lapid campaigned on that message, he may have inspired more Palestinian citizens to vote, thus increasing the chance for a clear parliamentary majority. He has refused to do so, whether due to his own political vision or his fear of retaliation from centrist swing voters, who are paying attention to Netanyahu’s fear campaign warning of another government reliant on Arab support.

If the anti-Netanyahu camp does win 61 seats on Tuesday, Lapid will have a second shot at choosing between a government that promotes equality and peace; a coalition that bolsters the rise of fascism; or a sixth round of elections with the same results in a few months’ time. If the Israeli center is as afraid as it claims to be of the second option, then it must pursue the first. As long as it does not, it has only itself to blame for whatever comes next.