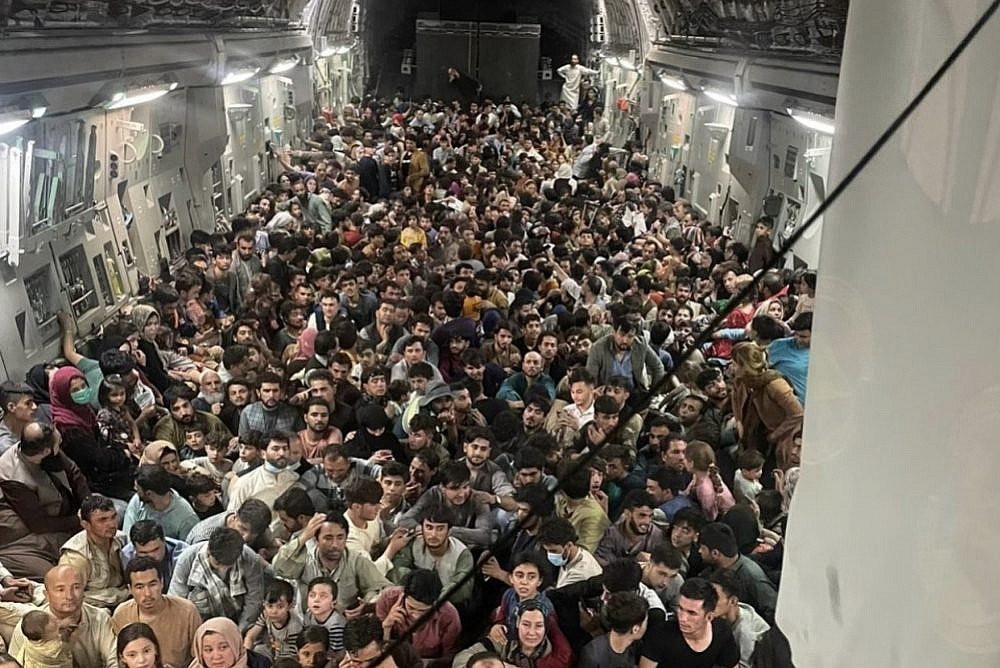 Afghanistan was one of the defining political struggles of my generation. I was only a boy when I watched on television as American and allied troops landed in the country, under the pretext of catching the masterminds behind the September 11 attacks. But the “War on Terror” that the Bush administration unleashed with that invasion, and the brutal occupation that ensued, made the world a dangerous place for all Muslims and Arabs, as “terror” became synonymous with our faith and national origins. Afghanistan — together with Iraq and Palestine — became a pillar of our global consciousness, a frontline to assert our humanity against a superpower that had effectively deemed our identities a threat.

Twenty years later, that occupation came to a long-awaited, yet ultimately horrifying end. As U.S. troops completed their withdrawal from Afghanistan, the Taliban — the ruthless fundamentalist movement whom the invaders had supposedly ousted — captured the entire state in a matter of days, with the Afghan government and army collapsing without much effort. The fear now gripping the country in the face of these tyrants’ return is overwhelming. The anger at America’s hollow imperial venture is palpable. Many Muslims and Arabs targeted with violence, surveillance, and racism as a result of that war are feeling their wounds once again.

Thousands of miles away, as the Taliban closed in on the capital of Kabul, Lebanon became paralyzed as fuel shortages, electricity cuts, and hyperinflation plunged the country into deeper darkness and disarray. The Lebanese political class, which has long used the state as a machine of crony capitalism and clientelism, has continued its criminal disregard for its people’s welfare, even after its negligence led to the explosion at the Beirut port last year. Entrapped by their corrupt leadership and the power plays of foreign states, a furious yet exhausted Lebanese people are increasingly feeling that their fate is being robbed from their hands.

While incomparable to the peoples’ experiences there, it has been harrowing for many Palestinians to watch these two countries crumble in the same week. Like Afghanistan for my generation, Lebanon was a focal point of our previous generation’s global consciousness, beginning with the outbreak of civil war in 1975 and intensified by Israel’s invasion in 1982. But right now, the idea of affecting political change, or even achieving some form of justice, seems fanciful amid the sense of chaos and need for basic survival. Despite our collective efforts, hope feels like a luxury, a fantastical world far from our reach.

As despairing as this week has been, there is still consolation in knowing two things. First, these catastrophes are never inevitable; just as they are inherently produced by humans, so too can their solutions be willed into being, however long they may take or difficult they may be. Second, the elites who control state institutions are not the only sources of global power; communal and grassroots solidarity — through crowdfunding, social media attention, popular protest, and more — can be forces of change, too. Even as our challenges multiply, the knowledge and resources we have at our disposal to alter history are much greater than that of our parents and grandparents before us. Hope must not be a luxury — it should be the only logical path forward.