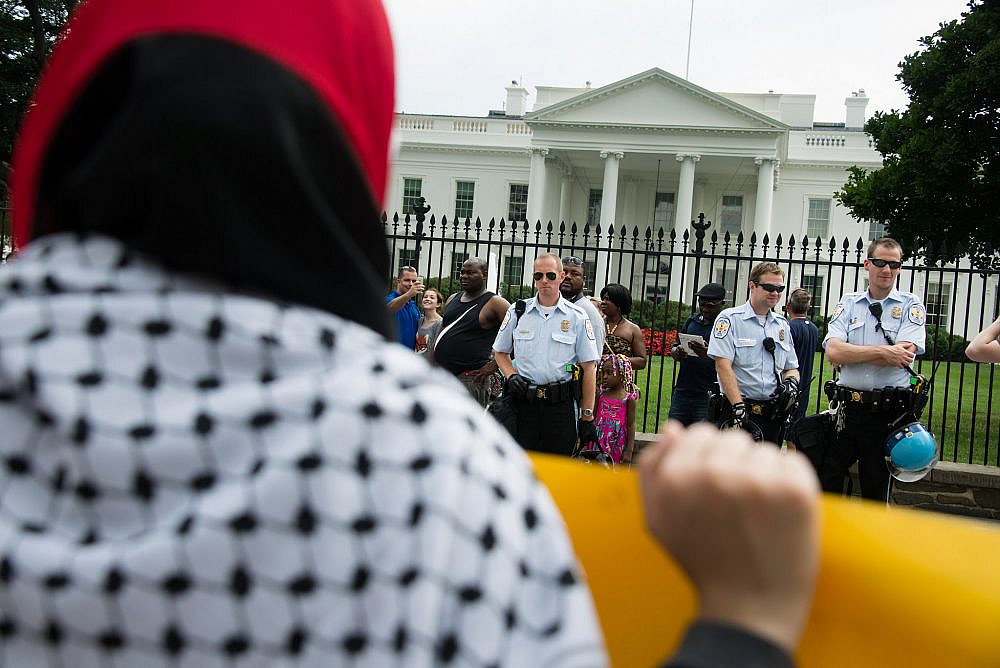 In a letter to the Treasury and State Secretaries on Tuesday, 18 Democratic members of Congress called on the U.S. government to impose sanctions on the Israeli surveillance firm NSO Group, along with three other cyber companies, as punishment for their role in aiding human rights abuses by authoritarian governments. NSO, whose Pegasus spyware has garnered the company global notoriety, was blacklisted last month by the U.S. Department of Commerce and is now the subject of a major lawsuit filed by Apple for targeting its users and devices.

Led by Senate Finance Committee Chair Ron Wyden and House Intelligence Committee Chair Adam Schiff, the lawmakers urged the government to invoke the Global Magnitsky Act, a mechanism that allows Washington to freeze assets, bank accounts, and travel rights of agencies and individuals accused of human rights offenses. The four companies, the letter argued, “depend on the U.S. financial system and U.S.-based investors,” and thus, “[t]o meaningfully punish them and send a clear signal to the surveillance technology industry, the U.S. government should deploy financial sanctions.”

While undoubtedly a significant policy move, the irony of the letter seems to have been lost on some of its signatories. Wyden and Schiff, for example, were co-sponsors of two parallel bills on the Senate and House floors titled the “Israel Anti-Boycott Act.” Though yet to be enacted, the bills threaten to impose severe penalties on anyone who acts to boycott, divest from, or sanction Israel’s government, its citizens, or its private entities with the intent to “coerce political action from or impose policy positions on Israel.” By moving against NSO, Wyden and Schiff are effectively violating their own legislation.

The Congressmen would likely argue that they are only targeting a single company as an aberration within Israel’s tech industry. But this is a farcical claim. As +972 contributors like Sophia Goodfriend and Marwa Fatafta have shown, the Israeli government is intricately tied to the country’s burgeoning private surveillance sector. In addition to a revolving door of military officers being recruited as staffers and contractors at these firms, the Israeli Defense Ministry is obligated to review and approve all operations and exports by these companies — meaning that the government knows every dollar, every code, and every shipment relating to NSO’s spyware. This “blurred line,” as Goodfriend wrote, makes it virtually impossible to separate the state from the corporation.

The effort by lawmakers to exercise U.S. leverage over a company like NSO thus highlights the hypocrisy of the campaign to demonize and criminalize the Palestinian-led BDS movement, which is demanding precisely the kind of actions that Wyden and Schiff have just called for. Despite many misinterpretations, BDS’ core guidelines are focused on pressuring institutions that are complicit in violating Palestinian human rights and international law, from arms manufacturers selling deadly weapons to construction companies operating in West Bank settlements. Their tactics are inspired by similar movements from colonial India to apartheid South Africa, and are explicitly protected in the U.S. as free speech under the First Amendment.

Congress, however, has bought into the double standard that Israel and its allies have propagated for years. For many U.S. lawmakers, it is “antisemitic” to call out an Israeli company for harming Palestinians — yet when it infringes on everyone else’s rights, demanding punishment suddenly becomes a matter of “accountability.”

This “Palestine exception” to justice, which is inherently tied to an “Israel exception” to consequences, has permeated U.S. policy for decades. But as the NSO saga shows, that twisted logic is starting to crack. U.S. courts are striking down anti-boycott laws as unconstitutional; grassroots movements are challenging the duplicity of undermining a revered civil right; and Democratic representatives are running out of excuses to overlook Israel’s embrace of authoritarianism and apartheid. For all their posturing, it turns out lawmakers like Wyden and Schiff do support BDS after all.

This article originally appeared in the “The Landline,” +972’s weekly newsletter. Subscribe here.