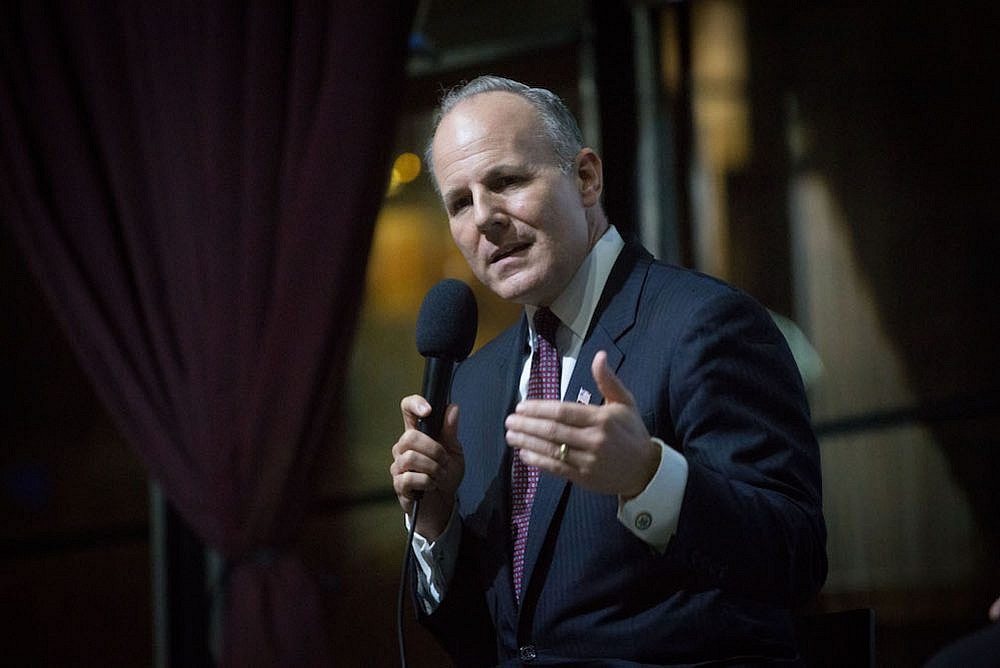 Elan Carr, the State Department’s special envoy for monitoring and combating anti-Semitism,  told a group of Israelis and Americans Tuesday night that in order to combat anti-Semitism, teaching the Holocaust is not enough. The U.S., he believes, needs to “educate on philo-Semitism.”

Speaking at an event organized by Tel Aviv International Salon, which describes itself as “the largest speakers’ forum in Israel,” and co-hosted by Times of Israel, Carr asked the crowd, which sipped wine from a Golan Heights Winery as they listened: “How can you tell the history of the U.S., or of France, Germany, Poland or England, without telling the history of Jewish people and the indelible contributions the Jewish people made to these countries?”

According to Carr, the U.S. is “still the most philo-Semitic country in world history,” seeming to indicate that despite the rising violent and often murderous anti-Semitism in the U.S., many Americans still love Jews as opposed to other countries around the world.

Carr, who was appointed in February after nearly two years in which Trump left the post vacant, has described Sheldon Adelson as a good friend, and is regularly praised by Adam Milstein, a right-wing American Jewish donor who spends millions of dollars smearing BDS advocates as anti-Semites and attacking critics of Israeli policy toward the Palestinians.

Carr called anti-Semitism a global “human sickness” and listed three main sources of it: far-right ethnic supremacists, radical left Israel-haters, and militant Islam. He associated the anti-Semitic murders in Poway and Pittsburgh’s Tree of Life Synagogue with the far-right, attributing right-wing violence to video game culture. The chief source of violence against Jews in Europe, Carr said, is militant Islam, which teaches hatred of Jews, and which he described as “mass child abuse” across the Middle East.

Carr, however, spent the most time talking about anti-Semitism emanating from the left, which he says is often described as “the new anti-Semitism,” but is not new at all. Rather, he claims, it is a “medieval hatred, repackaged and rebranded,” comparing the call for economic boycotts of Israel by the left to Nazi boycotts of Jewish businesses in the 1930s (“What is BDS if not that — don’t buy from Jews”). He then called Jewish Voice for Peace a group that “openly traffics in anti-Semitism” and accused those who call Israel an “apartheid state” of peddling in old blood libels. While Carr did say that criticism of Israeli policies is acceptable, he repeatedly conflated Judaism and Israel during his talk. “It’s not about being a Zionist, it’s about being Jew.”

Carr then spoke about the way in which Jews are always blamed for anti-Semitism, stressing that hatred of Jews is “always the disease of the perpetrator.” Yet in doing so, he managed to absolve Israel of responsibility for any actions it takes against Palestinians. “It’s always blame it on Israel… a building project here, a military operation there, something Prime Minister Netanyahu said, something Netanyahu didn’t say.” He warned the audience not to fall into the trap of thinking it is ever really about Israel’s behavior. 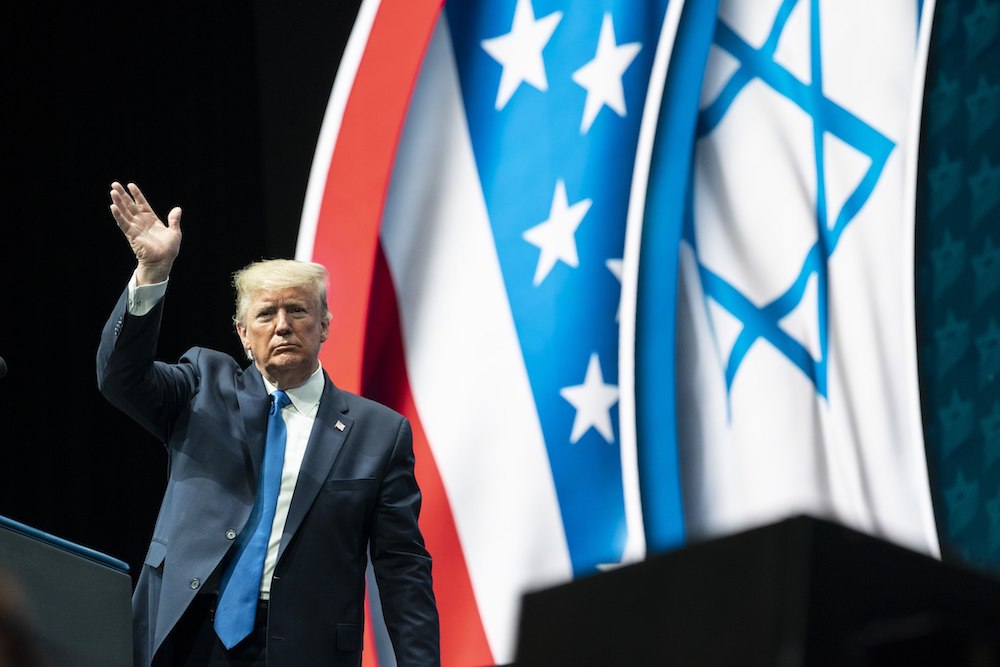 Carr further insisted that the Executive Order signed by Trump last week — which reaffirms extending civil rights to Jewish Americans while also conflating anti-Israel and anti-Semitic speech on campus — neither defines Jews as a nationality (as was initially and erroneously reported) nor infringes in any way on free speech.

In trying to end on a more positive note, Carr discussed Israel’s strong army, Trump’s moving of the U.S. embassy to Jerusalem, and Secretary of State Pompeo’s reversal of long standing American policy when he announced that West Bank settlements are not a violation of international law. Carr also called the occupied Palestinian territories “disputed,” making no mention that millions of Palestinians living in those territories are subject to a brutal military occupation. He also pointed to the resolutions being passed in France and Germany, which equate BDS with anti-Semitism, as positive steps.

There was almost no time left for questions, as Carr was rushed out. I followed him out of the venue and asked for his response to the fact Kenneth Stern — the man who worked on combating anti-Semitism for 30 years and drafted the working definition of anti-Semitism adopted by the State Department — believes it will have a chilling effect on free speech and was never intended to be used as campus hate speech code. Carr said, “You’ll have to ask Ken Stern, I don’t know why he would think that.” Carr said it is about recognizing anti-Semitism wherever it is, and that Trump has made it very clear that “discrimination and harassment is not protected speech.”