I keep hoping that our Jewish leaders will take one moment to do what they say they are here to do: defend Jewish lives when we are under attack. But they haven’t. 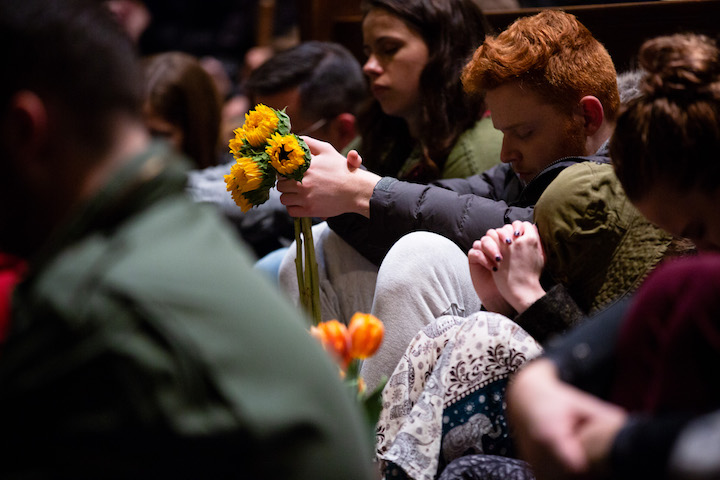 I want to mourn with my people.

I want to mourn with all of my beloved Jewish people in Pittsburgh and around the world who are reeling from the sight of 11 Jews gunned down during Shabbat morning services. Eleven Jews who were beloved grandparents, friends, siblings, community members. The ones who always showed up to synagogue on time, and who lost their lives for it.

I want to mourn with my beloved Jewish people who feel terror and are wondering if anyone else sees our pain. Who feel the echoes of the violence our people have faced for thousands of years in our bones.

I want to mourn with all of my beloved Jewish people, but as the Israeli Right exploits this tragedy for their political gain, aided by their apologists in the American Jewish establishment, it is clear that even in our mourning, we are divided.

Following the massacre, Prime Minister Netanyahu tweeted, “They were killed because they are Jews… We must never forget that. We are one,” and thanked President Trump for his support of the victims.

In an interview with MSNBC, Israeli Ambassador to the United States Ron Dermer deflected a question about Trump’s anti-Semitic dog whistles by justifying criticism of George Soros before pivoting to criticizing campus pro-Palestine activists and Louis Farrakhan. He insisted that anti-Semitism, “has been going on for many many centuries,” and that Trump’s election had nothing to do with what happened in Pittsburgh.

Others were even more explicit with their message. Naftali Bennett, Israel’s diaspora and education minister, who flew to Pittsburgh to participate in the memorial hosted by the local federations, said, “From Sderot to Pittsburgh, the hand that fires missiles is the same hand that shoots worshippers. We will fight against the hatred of Jews, and anti-Semitism wherever it raises its head. And we will prevail.” 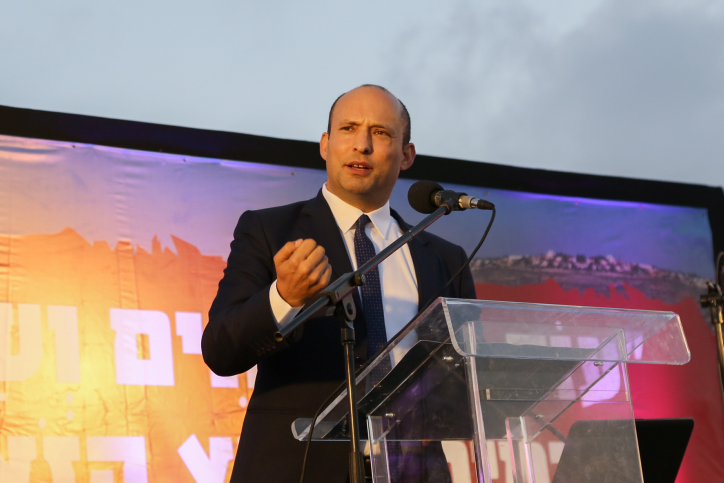 Minister of Education Nafatli Bennett speaks at a rally to support the residents of the Netiv Ha’avot outpost in the West Bank, June 11, 2018. (Gershon Elinson/Flash90)

If your candidate is attacking George Soros or the ‘globalists,’… you must stand up and tell them to stop. If your allies in a range of social justice causes either explain away the anti-Semitism of the Nation of Islam… or justify demonizing the Jewish state of Israel and its existence, then they need to know that they can no longer be your ally.

Reading these statements, one might think that the only noteworthy piece of news this week was that 11 Jews were murdered while at synagogue. One might even wonder if the killer were Palestinian, Muslim, or a social justice activist. Amid the noise about Farrakhan, Hamas rockets, and the blame on both sides, it would be easy to miss — especially since most of the aforementioned statements conveniently omitted this detail — that the killer was a white supremacist who, hours before his attack posted that “HIAS likes to bring invaders in that kill our people. I can’t sit by and watch my people get slaughtered. Screw your optics, I’m going in.”

They also failed to mention that this week, after railing against “corrupt, power hungry globalists,” Trump proudly declared himself a “nationalist,” and continued to stoke conspiracy theories about George Soros running a nefarious plot to infiltrate the U.S. with immigrants. They didn’t mention that bombs were mailed to Soros, the Clintons, the Obamas, and other prominent critics of the White House, or that earlier last week, a white supremacist murdered two black people in Kroger, Kentucky after an unsuccessful bid to try and enter a black church. After spreading all of this poison, Trump has repeatedly feigned shock when someone took his words literally and took action.

Distracting us from what is happening

This is not to say that there isn’t anti-Semitism on the Left. But the shooter was not a member of the Nation of Islam. He was a white supremacist who loathed Jews and immigrants.

Acknowledging these connections would force us to admit that the murderous hatred of Jews espoused by the shooter is intimately connected with the hatred of immigrants, minorities, and progressives also being fueled by the Trump administration. As Edo Konrad so astutely observes, “It is a particular kind of Jew — cosmopolitan, progressive, anti-racist — that Trump has adopted as a scapegoat for America’s problems… as the source of a global conspiracy working to undermine everything their nationalist worldview represents.”

Ironically, Netanyahu also scorns the very same type of Jews, from Soros himself to Israeli human rights defenders. The Israeli prime minister has made clear in the last two years that when faced with the choice, he will prioritize his alliances with far-right nationalists like Trump and Hungary’s Viktor Orban over the needs and safety of world Jewry. 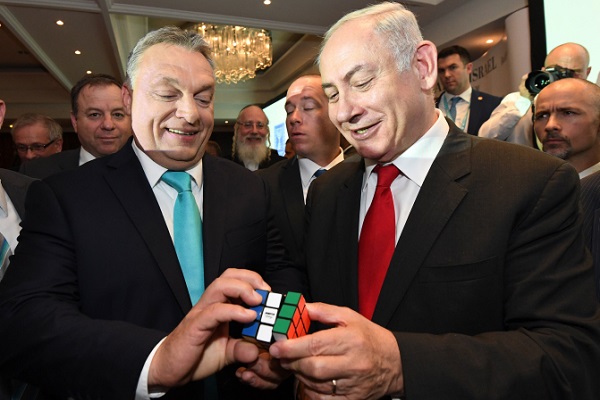 This is dangerous precisely because the violent, xenophobic nationalism espoused by Trump is the same kind espoused by Netanyahu and Bennett, who repeatedly incite against Palestinians, African asylum seekers, and leftists. Groups like AIPAC and the ADL — in refusing to call out the GOP’s white nationalism, in conflating all Jews with Israel, and in unfairly scapegoating Muslims — are giving them cover and distracting us from what is actually happening.

It is utterly dizzying to watch all of this play out. I keep desperately hoping to be proven wrong, to see that in such an extreme moment like this, that our Jewish leaders will take one moment to do what they always said they are here to do — to defend Jewish lives when we are under attack. I keep hoping to hear them give American white supremacy the impassioned, unequivocal condemnation it so desperately deserves. I want to believe that there are still some things so clear cut that our whole community can stand together against them.

But they haven’t. Worse, they have covered and deflected and justified. And so, we can’t mourn together.

Our fear and pain cannot be treated as a-political, because this tragedy is political. Not reacting accordingly relinquishes power to those who have fanned the flames of hatred that have led us to this moment. In 2018, it is long past time to stop ceding politics to the far right because it is literally killing our people.

Simone Zimmerman is an organizer and activist from Los Angeles and a founding leader of IfNotNow, a movement to end the American Jewish community’s support for the occupation. Twitter: @simonerzim