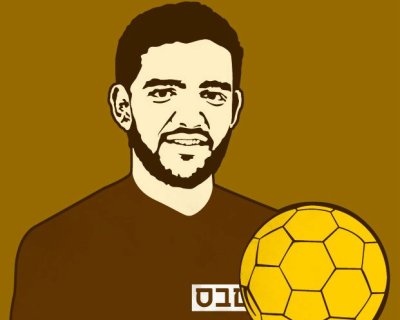 A poster calling for the release of Mahmoud Sarsak

The world renowned footballer Eric Cantona is calling upon the UEFA to cancel plans for Israel host the 2013 European Under-21 Football Championship due to its violation of human rights, and especially due to the ongoing imprisonment of the Palestinian national team’s midfielder, Mahmoud Sarsak, who is today on his 91st day of hunger strike is at risk of death. “It is time to end the injustice, and insist upon standards of equality, justice and respect of international law – like we demand from any other country,” said Cantona, who is known for his socialist political views.

Cantona thus joins PLO’s Jibril Rajoub, who in turn joined Sarsak’s family in a call on UEFA to boycott Israel. FIFA President Sepp Blatter too has in recent days shown great concern for Sarsak’s deteriorating medical condition, and called upon the Israeli Football Association to use its influence on authorities and promote Sarsak’s release.

More pressure is now being exerted on Israel to put an end to the practice of holding administrative detainees for years without trial or charges as Israeli conscientious objector Yaniv Mazor – sentenced to 20 days in prison for refusing to do his reserve service – started a hunger strike of his own while in military prison, in solidarity with Palestinian detainees. Mazor’s attorney Michael Sfard told Haaretz journalist Amira Hass that Mazor’s goal is to raise awareness on the issue of administrative detention – and not to secure his own release. The Haaretz report also quotes Mazor’s interview with +972 in the moments before he entered prison.

Meanwhile, more and more demonstrations in the West Bank and Gaza Strip are demanding Sarsak’s release. 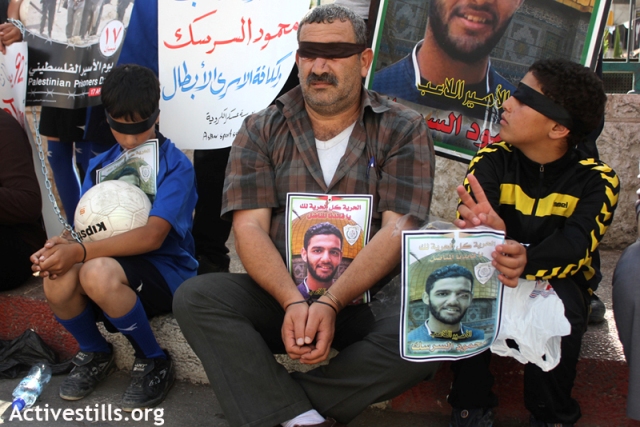 Demonstration for the release of Sarsak, Nablus (Ahmad Al-Bazz / Activestills)

Mahmoud Sarsak, Palestinian national team’s midfielder, was arrested by Israeli forces on July 22, 2009, at the Erez checkpoint while en route from his home in the Gaza Strip to the West Bank– a journey for which he had a standing permit. Sarsak was branded an “unlawful combatant” – a legal status similar to that of administrative detainees, which allows Israeli security authorities to hold a person in detention without charge or trial for an unlimited amount of time, with military court supervision over the extension of the detention every six months. He has been held in prison since, and prohibited from seeing any of his family members in three years, as all visitations from the Gaza Strip are forbidden by Israel.

Today is Sarsak’s 91st day of hunger strike in protest against his detention. As there is extreme fear for his life, Sarsak has agreed to receive an occasional IV and drink milk. Yesterday, a district court rejected a petition by Physicians for Human Rights to transfer Sarsak from the prison infirmary to a civilian hospital.

Read also:
Hunger striking Palestinian footballer at risk of death
Refusenik sentenced to 20 days in prison on his birthday