Written in between the lines of the EU heads of mission report on Israeli settlements is a sense of frustration with the EU’s inaction against Israel. The EU makes regular statements against Israel’s illegal settlement enterprise, but takes no action despite the existing tools it has at its disposal. 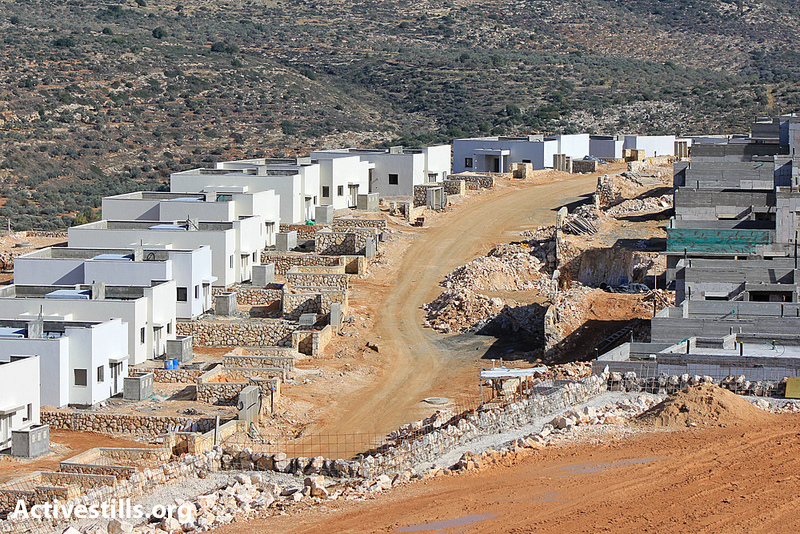 At face value, the European Union heads of mission report on the Israeli settlement enterprise is a scathing indictment and call to action against Israel’s illegal settlement activities. In between the lines, however, the report reflects a frustration by European diplomats and bureaucrats at their own governments’ inaction. They are not implementing the existing legislation, decisions and declarations they themselves regularly make against Israel and its settlements.

The EU’s rhetoric against Israel’s settlement policies has always been damning, but its actions have never lived up to its words.

“The EU and its member states now face the urgent challenge of translating the observations and recommendations of their own senior diplomats into concrete and effective policies that indeed maintain the possibility of the two-state solution,” a document obtained by +972 stated.

Reflecting the (perhaps naïvely optimistic) sense of a closing window for resolving the Israeli-Palestinian conflict and a frustration with EU inaction despite its rhetoric, the document continues: “If the EU and its member states won’t accelerate the operationalization and implementation of their declared positions in 2013, the two-state solution will fail.”

This is a clear call to action – a frustrated plea by the EU’s professional ranks to their elected bosses to put their money where their mouth is.

The power of such a wide union of developed and influential countries such as the EU is meaningless if it limits itself to declarations and condemnations instead of exercising the power it is sitting on.

The message these diplomats are sending is that principled and legal stands against illegal settlements – and in favor of a two-state solution – are in vain if it takes no action.

But the report’s recommendations are not groundbreaking. They are based on existing resolutions, legislation, trade agreements and declarations by the European Union, its legislative and diplomatic bodies and its individual member states.

The EU-Israel Association Agreement, which established the free trade agreement and close diplomatic cooperation between the two is explicitly clear about the conditions necessary for its continued existence.

Article 2 of the agreement states:

As far as the EU is concerned, a two-state solution is the only way to ensure that human rights and democratic principles are respected for both Israelis and Palestinians. It is also clear that the EU believes settlement activity is the primary obstacle to achieving a two-state solution.

After explaining how settlements are the biggest obstacle to piece, the report is particularly bold in declaring that Israel’s settlement activity “is systematic, deliberate and provocative.”

Discussing how Jerusalem must be the capital of both Israel and Palestine if there is to be a two-state solution, the diplomats write: “Israel is actively perpetuating its illegal annexation of East Jerusalem.”

In other words, they are saying that Israel is actively working against a two-state solution, and therefore against the foreign policy interests of the EU.

The European Union is Israel’s largest trade partner and holds tremendous influence due to the free trade agreement that benefits Israel far more than it does the EU or any of its individual member states.

The EU long ago gave itself the tools to put pressure on Israel to correct its ways. These diplomats are begging their governments to use them.

“Do something!”, they’re screaming.

However, foreign consulates in Jerusalem and Ramallah are known to be much more blunt in their criticism of Israeli policy than their sister-embassies in Tel Aviv. So just as it is not surprising that such a frustrated and damning document came out of the consulates, we can expect that it will be ignored like all those that preceded it.