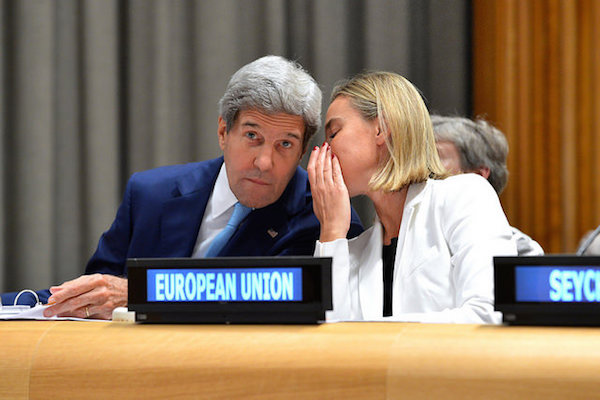 The Oslo peace framework is obsolete, Netanyahu is disingenuous about a two-state solution, European funding for the Palestinian Authority only perpetuates the occupation, and the United States has never been an objective peace broker — that is what a group of 19 former prime ministers, foreign ministers and senior EU figures wrote in a letter to the European Union’s top leadership this week. (Read the full letter below.)

The top-ranking group of former officials, which calls itself the European Eminent Persons Group (EEPG), has sent very similar letters in the past. Signatories include former presidents and prime ministers of Ireland, France and the Netherlands, former foreign ministers of France, Germany, the Netherlands, Sweden, Spain and Portugal, and former EU foreign policy chief Javier Solano, among others.

The former statesmen and diplomats are calling on the EU to ratchet up its stalling sanctions regime against Israeli settlement activity, to back Palestinian steps in the UN Security Council and other international bodies, and to demand greater adherence to human rights standards by both sides.

“Standards of living and human rights in both [Palestinian] territories have sunk shockingly low. It is no longer possible for the EU to allow these conditions to continue without grave risk to its international reputation and to its long-term interest in the stability of its neighbourhood,” the EEPG letter declared. “The EU needs to decide on its priorities.” 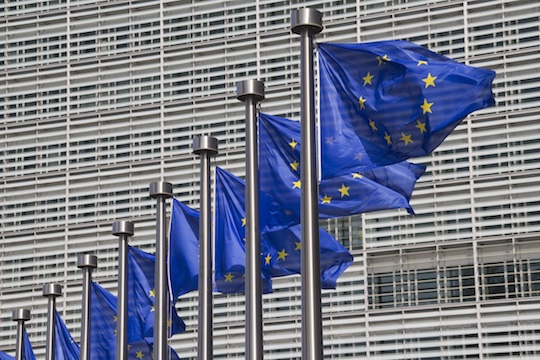 The letter’s boldest proposal is for the European Union to take the lead in designing a new approach toward a two-state solution — with or without Washington. “Hiding behind American leadership on the politics of the dispute is unedifying and unproductive,” the former officials write.

The European Union already has carrots and sticks on the table, both of which it shyly brandishes from time to time. Brussels has promised Israel near-full integration into the EU marketplace as a reward for achieving a two-state solution. Alternatively, it has warned that there will be “no more business as usual” if the peace process is abandoned — hinting at but never explicitly threatening its free trade agreement with Israel.

Israel, for it part, generally ignores the pressure tactics and mini-sanctions. And what effect does the EU believe its sanctions on kosher wine and organic poultry will have on Israeli policy as long as EU member states continue to sell the IDF warships and subsidize large parts of the cost? What influence does Brussels believe its financial guidelines for projects beyond the Green Line can really have on an Israeli government that has publicly committed to itself to expanding and entrenching the settlements?

“Europe has yet to find an effective way of holding Israel to account for the way it maintains the occupation,” the EEPG letter declares. “It is time now to demonstrate to both parties how seriously European public opinion takes contraventions of international law, the perpetration of atrocities and the denial of established rights.”

The group of esteemed retired statesmen and diplomats also knows full well, however, that its positions and demands will never be made by sitting prime ministers, foreign ministers or EU high representatives. After all, they themselves waited until retirement to make their true opinions public.

It is highly unlikely that the EU will ever impose the level of pressure necessary to change Benjamin Netanyahu’s calculus with regards to ending the occupation. Europe’s “special relationship” with Israel is, simply speaking, too special.

So the EU is left with the same options it has been threatening and preparing for years: voting in favor of Palestinian-sponsored Security Council resolutions; labeling Israeli settlement products;  hypothetically linking economic ties with progress toward a two-state solution; and taking the reins of the peace process.