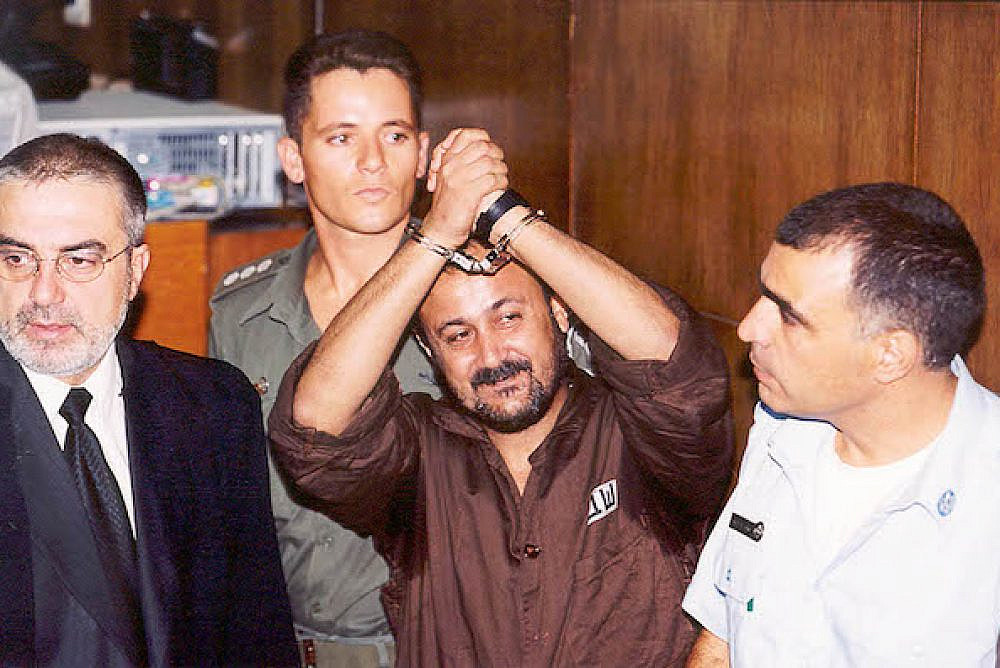 The Israeli establishment is frothing at the mouth against what they call his lies, denying his allegations that he was tortured in earlier prison stints, denying that Israel even has political prisoners — implying that all 6,500 Palestinians in Israel jails, including 500 administrative detainees, are security prisoners — and bashing the New York Times.

Marwan Barghouti has been a charismatic Palestinian leader for decades and a committed and consistent two-state supporter, before and after the second Intifada. He was a serious rival to Yasser Arafat’s leadership and possibly a mortal political threat to Mahmoud Abbas. Surveys have long shown that he is the most likely to win a presidential election among Palestinians of the region; they also consistently show that nearly two-thirds of Palestinians wish for Mahmoud Abbas (Abu Mazen) to resign.

Moreover, Barghouti has previously taken on the punishing task of criticizing human rights abuses by the PA against Palestinians — a sign that he might commit himself to a more democratic form of governance were he to enter office. He has been in jail for 13 years, where his popularity has only grown among Palestinians, and has been a leader of the struggle for Palestinian prisoner rights.

I am familiar with the path of certain leaders from violent struggle against political oppression, to statesperson. Every Israeli should be: It is the path of Menachem Begin and Yitzhak Shamir. Barghouti is more commonly compared, with no small controversy, to Gerry Adams of Sinn Fein, or Nelson Mandela — both served jail time for charges related to violence.

For all these reasons, in my personal analysis and opinion Barghouti should eventually be released so that he can run for Palestinian political office, in the (unfortunately) unlikely event of Palestinian elections. He might bring more accountable governance to an increasingly rotten political system for Palestinians. 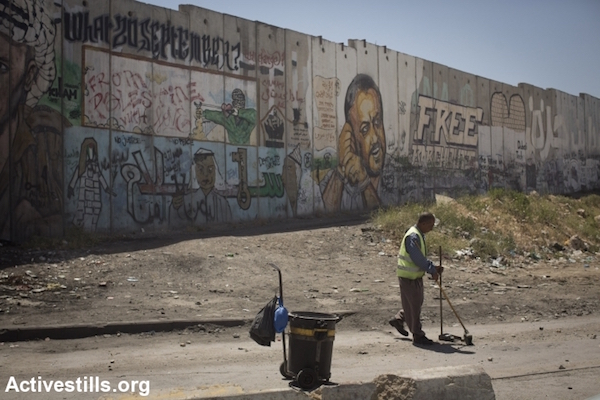 A portrait of Marwan Barghouti on the separation wall near Qalandia checkpoint leading to Jerusalem from Ramallah. (Oren Ziv/Activestills.org)

He has brokered Hamas/Fatah agreements and could possibly bring Hamas along with his program in a way Abbas will never be able to, and has rallied both Hamas and Islamic Jihad to support unarmed protest in favor of a Palestinian state within 1967 borders. In fact, non-violent political opposition is at the heart of his current political agenda. Further, he may be the only person capable of salvaging deeply flagging Palestinian support for a diplomatic two-state resolution. He has called Israel “our future neighbor.”

Yet the following also needs to be said: Barghouti was arrested, charged and convicted in an Israeli civilian court for involvement in terror attacks that killed Israeli civilians inside the Green Line. He was among the leaders of al-Aqsa Martyr’s Brigade, a name synonymous with the most deadly and horrible attacks during those blood-drenched years of the second Intifada.

Civilian blood flows on both sides, of course, and Israel too has caused great numbers of civilian deaths. Barghouti called his case a show trial. But Yossi Beilin at the time said he was “’not at all innocent.’” A New York Times report from 2004 reads:

“In a meeting on May 14, 2000, at a Jerusalem hotel, ‘Barghouti told me that he wanted to continue the use of violence, and that if there were no peace agreement by September, he would use violence,’ Mr. Beilin said…”[He] said that to fight Hamas on the ground we need to use violence against Israel to control the streets.”

The now-deceased Ron Pundak — one of Israel’s most committed peace activists and, like Beilin, an Oslo architect — also thought Barghouti had been “’carried away’” by the violence he helped unleashed. The author of that article, Steven Erlanger, noted that the al-Aqsa Brigade itself “always acknowledged him as their leader.”

A passage in an op-ed Barghouti wrote in 2002 is also ominous: “And while I, and the Fatah movement to which I belong, strongly oppose attacks and the targeting of civilians inside Israel, our future neighbor, I reserve the right to protect myself, to resist the Israeli occupation of my country and to fight for my freedom.”

But Barghouti was convicted precisely for attacks against civilians inside Israel. And too often, settlers across the Green Line are viewed as legitimate targets; this sentence carries a similar connotation. Both international law and the simple compass of human morality should make it clear that unarmed settlers who are not actively engaged in combat can never be targets of violence. The crimes Barghouti was convicted for were also restated in a +972 Magazine article by Prof. Menachem Klein, analyzing Palestinian politics.

I do not write this to join in the New York Times-bashing from the Right, but to offer two points for consideration in reading Barghouti’s article.

First, it is about the condition of Palestinian prisoners in Israel, and that is a legitimate cause. Second, there is no real way to separate the hunger strike or the op-ed from Barghouti as a major Palestinian political leader. And any honest person, left or right, should assess Barghouti with an honest appraisal.