How the Israeli media reports a story spoon fed to it by the security services. And are government officials and the courts capable of acting any differently? 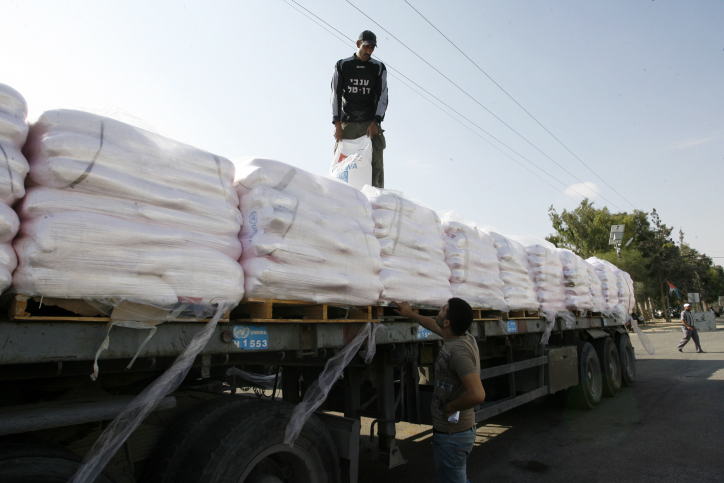 The story of a Gaza man indicted for diverting millions to Hamas from a major international charity for terror activities is roiling headlines in Israel. The incident is important both for how it is being portrayed, and used, and what it says about the actual situation.

Mohammad el-Halabi worked for World Vision, an evangelical Christian charity that collects funds from the U.S., UK, and Australia among other countries for humanitarian projects in dozens of the world’s most troubled places, including the Palestinian territories. Much of its activity focuses on relief for children.

The Shin Bet, Israel’s domestic intelligence agency, says that in addition to working for World Vision, Halabi was simultaneously working for Hamas and systematically siphoning off up to 60 percent of all funds for humanitarian projects to support its terror activities. Israeli authorities publicized his arrest on Thursday, 50 days after he was apprehended, following his interrogation and alleged confession, which led to the charges.

It is nigh impossible for even seasoned journalists to report on the story independently. The Guardian’s correspondent Peter Beaumont explained why on his Facebook page when posting his story:

Reporting stories like this is difficult. Man gets arrested. Man gets held for weeks with no legal access. The charges come in a statement from Shin Bet that you can’t cross examine, and are fleshed out in anonymous briefings to Israeli media based on confession evidence. It may be true. It may not. Or it may exist in some space in between.

Therefore even my first thoughts here should be read with the advisory that there’s much we just don’t know. But that doesn’t seem to bother the Israeli media and authorities; they have embraced the story with gusto and barely controlled vindication.

Illustrative photo of a Palestinian man being led into an Israeli court in handcuffs. (photo: Oren Ziv/Activestills.org)

Channel 2 covered the event on Thursday without bothering to include even a journalism 101 response of anyone involved. If they had asked World Vision, they would have found, as The Guardian did, that the head of the group in Australia expressed shock, cited scrupulous forensic auditing processes, and the both the Australia Department of Foreign Affairs and Trade (DFAT) and Germany suspended their aid to World Vision in Gaza pending further developments.

Coincidentally, a recent story indicates that World Vision does not always portray its programs meticulously to donors, but these combined responses don’t support “the whole world is complicit” approach Israel promotes.

Not all media approached the story this way. Interestingly, Walla! News ran a piece about Hamas denying that Halabi was even a member of the organization, and about World Vision’s denial. But overall the Israeli media projected facts and a conviction, rather than allegations and indictment.

The Israeli authorities are no less satisfied. The Shin Bet statement itself (reported in the Channel 2 story) editorializes about Hamas’ “cynical and brazen exploitation of aid money,” while IDF Coordinator of Government Activities at the Territories, Maj.-Gen. Yoav Mordechai promptly shot a video in Arabic addressed to Palestinians in Gaza or anywhere, explaining his great concern for how Hamas is stealing their lifeline of international charitable aid. Presumably, he expects this to fuel a wave of opposition to Hamas and cause them to embrace Israel’s effective control over Gaza. Any day now.

Minister of Public Security Gilad Erdan was quoted by Channel 2 saying: “The affair…exposes the network of links between Hamas and the Gaza branch of…World Vision, and points to the phenomenon we have warned of… There is an ideological and financial affiliation between terror groups and the de-legitimization groups acting against the State of Israel.” In his approach, World Vision is a “de-legitimization group” and this specific incident is proof of “a network.”

Their excitement reflects the fact that the affair props up a range of Israeli government narratives: Hamas prefers violence against Israel over the protection and betterment of its own people; and that the international community is indirectly (by implication, directly) undermining Israel, even unwittingly funding terror.

In turn, those narratives justify Israel’s ongoing chokehold over Gaza, part of a separation policy that aims to disintegrate the two parts of a future Palestinian state forever.

But beyond the image exploitation, the accusations might also be true. Maybe Halabi has taken well-meaning humanitarian aid for a ride, sacrificing the needs of children for Hamas military and terror activities.

Reading Halabi’s confessed explanations of how the ruse worked – as reported in the media from the Shin Bet statement – they seem rather elaborate to have been invented under duress, to satisfy interrogators. One might conclude that smoke indicates fire, and it seems unlikely that the entire Shin Bet version was fabricated.

If it turns out to be true, nobody should whitewash the problem. Stealing humanitarian aid to support terror against civilians is, as the Australian DFAT said in its statement: “to be deplored and can only harm the Palestinian people.” That’s true: both by undermining programs they desparately need, and by contributing to further armed hostilities.

The question of truth is for the courts to judge, not me. But this raises another problem: can we truly believe the Israeli courts will give this case a fair trial? The rate of convictions of Palestinians in Israeli military courts is close to 100 percent; in this case Halabi will be tried in the civilian system, but judging by how the parallel system treats Palestinians it is hard to fathom the courts reaching anything but a foregone conclusion.

If the story is true, Halabi’s actions are condemnable and wrong. But they should also be seen alongside the following problem: why is Gaza living hand to mouth, utterly dependent on international charities? Israel’s effective control for nearly a decade over electricity, water, import and export, fishing waters, electromagnetic space, and the blanket ban on travel are the ingredients of suffocation. They do not promote the creation of a “jewel on the coast,” as Israeli hasbara-ists sarcastically urge. Together with regular wars, these factors strengthen, not weaken, Hamas. Ending military rule over 4 million Palestinians held captive for 50 years shows a lot more goodwill than parading around the one person Israel may manage to blame for everything that’s wrong.