There were 4,937 political prisoners in Israeli prisons and detention centers in November 2011 according to Adameer, a Palestinian non-governmental organization. Yazan Abdulhadi was one of them before he was released on November 28, 2011, between the two swaps of the deal between Israel and Hamas to free Gilad Schalit (not as part of the deal). On January 7, 2012, he agreed to give an interview that would be published in +972 Magazine. The conversation took place in Ramallah, at Café Pronto.

Yazan spent 15 months in Israeli prisons, accused of being a member of a student union affiliated with the Popular Front for the Liberation of Palestine (PFLP), which Israel claims is a terrorist organization. Israel can arrest any member of an illegal political group in the West Bank, based on a British law enacted during the time of the mandate.

His is the story of many Palestinians arrested for what Israel calls security concerns, but actually for political activity, in Area A, which is officially under full Palestinian civil and security control.  Sharing his experience in prison, he says, remains a “duty as long as there is a Palestinian prisoner still in the occupation’s prisons.”

His point of view as an insider helps reveal details of interrogation methods and living conditions in Israeli prisons.

Abdulhadi was 22 years old when Israeli forces arrested him in the early morning of August 9, 2010. “My arrest came as no surprise for me since it was part of a broader campaign targeting university students with a political background,” he explained. Some of his “comrades had already been interrogated,” and his name, he says, was on a list. About 15 men, including a member of the intelligence, turned his room upside down searching for subversive books and evidence.

Handcuffed and eyes covered, he was escorted to a military vehicle that took him to a detention center located in the Israeli settlement of Beit El near Ramallah. After answering questions about his health, he was transferred to Jerusalem for interrogation. “Three or four of the policemen came into the room, and asked me to undress, which I refused,” Yazan said. “They threatened me with an electronic device, and they gave me an orange uniform similar to what you see on television.”

“You are hiding something, you are a terrorist, you are a Nazi, you want to drink our blood,” the interrogators said, according to Yazan.

The investigation conducted by Israel’s Internal Security Agency (Shin Bet) about the student movement lasted 15 days in total, during ten of which he was refused legal advice. Yazan said his interrogators did not use physical torture but psychological pressure, such as blackmail, saying things like: “If you don’t talk, you father will!”, “If you don’t help us you will spend the rest of your life behind bars… If you don’t talk, we will give you to the Palestinian Authority intelligence for interrogation, and who knows how you will be treated over there.”

Yazan said he was made to sit on a chair for ten hours at a time, and not allowed to sleep, then given 30 minutes to rest in his cell before answering more questions by ten different officers from the intelligence agency.

During and after his interrogation, Yazan related that he was put in complete isolation for 54 days. His cell was two square meters, with no sunlight. The only people allowed to see him were the lawyer appointed by the Palestinian Minister of Prisoner’s Affairs, and Red Cross representatives, visiting every Monday. Neither of them was allowed to see either the interrogation room or the cell. Though he is skeptical about the authority these figures hold within the Israeli prison regime, they did provide some emotional support.

“Even lawyers don’t have much authority. It is known that your sentence is already a decision of the intelligence, not of the court,” Yazan said. “It [the legal representation] is like a decoration. During my interrogation, one of the officers told me I would be sentenced for one or two years, which was right.”

Meeting the Red Cross was his “lucky day”, he said. They brought some messages to his family. “I remember a lady who came one day and asked me if they gave me new clothes, and I said yes, they did yesterday. She laughed before telling me they always do that to show that prisoners are well treated.”

“Hearing stories about prison is nothing compared to what you experience,” Yazan said.

Since the Israeli authorities could only prove Yazan’s membership in an illegal organization based on the evidence the soldiers found in his room, and from previous confessions of other prisoners, the evidence was deemed insufficient to continue the interrogation. His case was finally sent to the military court where he was tried for membership in a student union affiliated with  the PFLP. Before he was convicted, he was transferred to a prison in Ashkelon, which was unusual: many of the prisoners there were serving long sentences in this facility, for conviction of charges of violence – they are known in Israel as prisoners with “blood on their hands.”

His trial started in November 2010 and ended in March 2011. The sessions took place twice per month in Ofer Prison, an incarceration facility near Ramallah. “Going there is a 15-hour journey during which you cannot possibly eat, smoke, or go to the toilet.” The guards ensuring the transfer between Ashkelon and Ofer have a reputation of being brutal and provocative, and stories of maltreatment circulate among prisoners, he said.

Birzeit University provided another lawyer for the trial, in addition to the one previously provided by Palestinian authorities. Since so many students get arrested, the university charges no fees if the defendant has no criminal background. Since Yazan knew the Shin Bet had already settled his case, he was advised to agree to a list of charges that equated to a sentence of 15 months.

As he spoke of daily life in Ashkelon, Yazan mentioned that Fatah and Hamas militants imprisoned there had separate cells to prevent tensions. Yazan did not live with conservative Muslims: “Personally, as a leftist, my lifestyle couldn’t possibly match with a Hamas prisoner who prays five times a day.”

He explained that nine other prisoners lived with him. Six of them were serving life sentences, three of whom were released after the Schalit deal. His most atypical cellmate was a Samaritan Palestinian. He said he was serving six life sentences for being part of the Palestinian resistance in Nablus where the small community of Samaritans, whose faith is closely related to Judaism, still exists despite the creation of the State of Israel in 1948.

In prison, communication with the outside world is limited and closely controlled. Visits are regulated by Israeli authorities, and Yazan said they decided arbitrarily which prisoner can be visited. He was one of the luckiest. The Red Cross organized transportation for his mother and sister to see him. His other sister could not obtain clearance, because they had changed their family names when they married, lowering their eligibility for permits.

Prisoners listened regularly to a popular radio broadcast program in which a speaker reads messages posted by families. The show is the most effective bond prisoners have with Palestinian territories, since only one letter out of five reaches either the family or the prisoner, due to censorship.

“I got lucky because my brother in-law is employed at Radio Amwaj, and kept me posted on air about my family,” Yazan said.

Yazan related conversations he had with prisoners who had been incarcerated for 18 years. “He started to ask me some questions about Facebook.  I tried to explain, but…he was getting more and more confused about the technology. Some prisoners did not see the face of a woman for 30 years. How can they possibly understand that today young women are going to university?”

Yazan Abdulhadi completed his 15 months sentence in Ketsiot between October and November 2011, during which he went on what is known as a “supportive strike.”  He explained there are two kinds of hunger strikes: The open strike signifies that you are prepared to fast even if you put your life in danger. The supportive strike is meant to express solidarity with those on open strike, but does not reach the same level of commitment.

There are currently some 20 Palestinian prisoners living in absolute isolation for “security reasons”, some of them for about 15 years. One of the goals of the hunger strike was to protest this solitary confinement. Another demand was to cancel the informal “Schalit policy” stating that “everything that Schalit did not have in captivity, Palestinian prisoner should not have, such as free Hebrew courses.” It is a retaliatory policy aiming to make Palestinian prisoners aware of what Schalit has been through.

“Now he is back home, and the pressure on the prisoners is just increasing,” Yazan said.

After 21 days of open strike in November 2011, an agreement was eventually signed with Israel to stop the practice of putting prisoners in solitary confinement. To date, the terms have not been honored.

Still, Yazan thought the hunger strike was a success: “Even if it didn’t end the case of isolation, it gave the prisoner a new spirit, it means we can put pressure on the authorities, just as they put pressure on us.” Yazan said.

Yazan was released by the IDF on November 28, 2012. He spent 15 months in total in Israeli prisons, including four months in the Meggido and Ketsiot prisons. “Celebrating my liberation with my friends and family was one of the most intense moments of my life,” he said.

He now wants to put his student activism on hold until he graduates from university. He says he has had enough for the moment. “The question is not whether or not I have the right to be political. I do have the right to carry on, but the intelligence is watching released prisoners, and my only purpose now is to finish university.”

His experience left him bitter. “What I did was just selling books, and fighting for a less privatized education,” Yazan said. “I don’t understand the connection between that and security matters. I think Israel has a problem with organizations raising national consciousness.”

Alexis Thiry is a French-language editor of the Palestine News Network based in Bethlehem in the West Bank. His blog is called Des Visages et des couleurs

Get Our Weekly Newsletter
Before you go…
A lot of work goes into creating articles like the one you just read. +972 Magazine is nonprofit journalism, owned by many of our writers, editors, and journalists. In order to safeguard that independent voice, we are proud to count you, our readers, as our most important supporters. With your support, we can keep +972 Magazine a strong, independent, and sustainable force helping push the global discourse on Israel/Palestine.
DONATE
More About Shin Bet 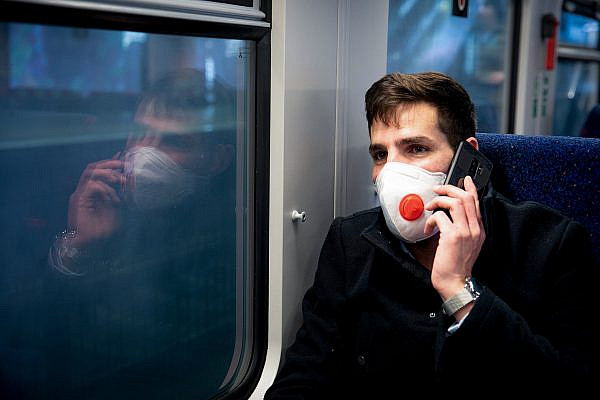 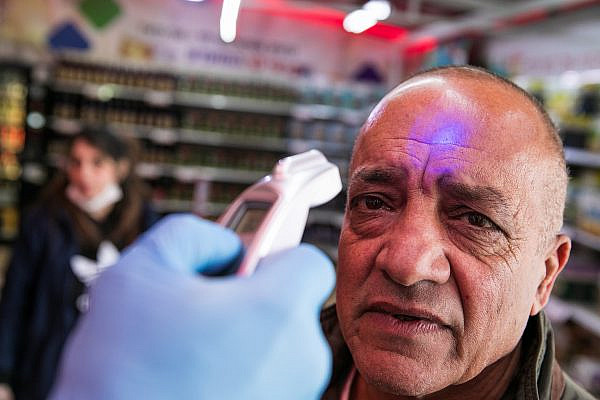