The following are exclusive photos taken on board the Estelle, as the ship was sailing toward the Gaza Strip in an attempt to break Israel’s siege on the coastal territory. The Israeli navy took over the ship before it reached its destination, and arrested some twenty activists, among them three Israeli citizens.

Huge efforts were made by the IDF Spokesperson’s Office to curtail media coverage of the story. The ship was brought into the Ashdod Port after dark, more than ten hours after the Israeli forces took it over. Later that night, the Israeli citizens under arrest were brought to a police station through a back door, to prevent media from covering their arrival. The IDF spokesman told Israeli media there was no humanitarian aid on the boat, as claimed by activists, but refused to release documentation to support his claims.

The photos below shows the hours before the ship was intercepted, and minutes before the IDF takeover. The activists are seen releasing pigeons towards the Israeli forces. The last photo shows Israeli naval commandos advancing towards the ship, and we can assume that it was not possible to continue shooting afterwards. According to testimonies given by the arrested activists, IDF used taser guns during the takeover. All international activists were transferred to the custody of Israel immigration authorities.

The three Israeli aboard the boat were brought before an Ashkelon court on Sunday. The judge extended their custody until Tuesday, despite them not posing a threat. According to witnesses at the courthouse, the activists were charged with violating a legal order, violating the Disengagement Law, aiding the enemy and  incitement and sedition. After appealing the ruling, the activists will be summoned to a Be’er Sheva court on Monday at 8:30 a.m.

UPDATE: Most charges against the Israeli Estelle passengers have been unofficially dismissed by a Be’er Sheva judge. They were  released earlier today to house arrest until Tuesday, and are barred from approaching the border with Gaza. 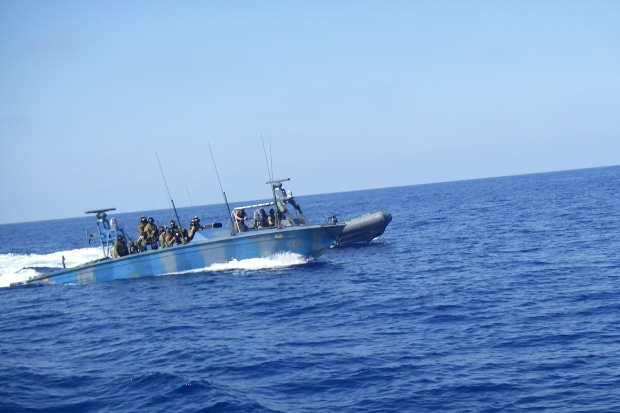 An Israeli Navy boat approaches the Estelle as it attempts to break the naval blockade of the Gaza Strip. 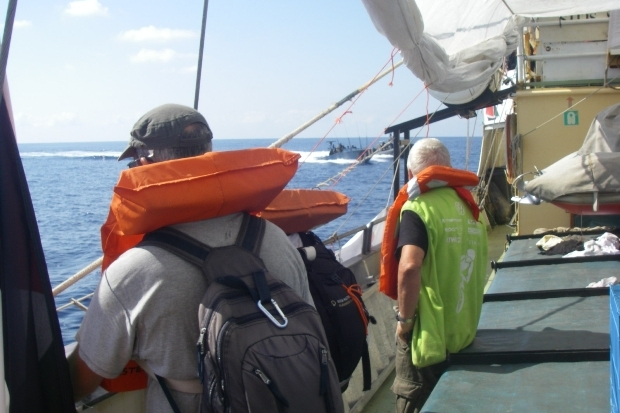 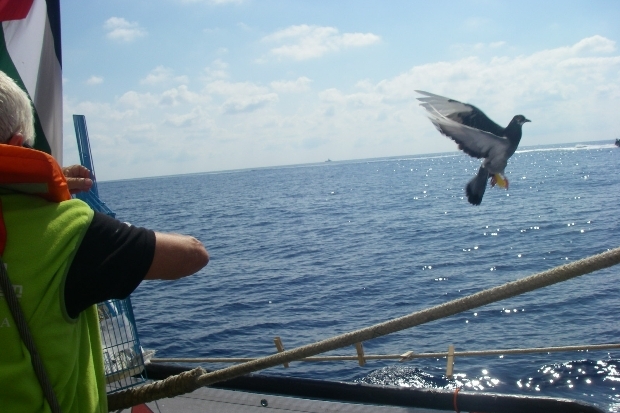 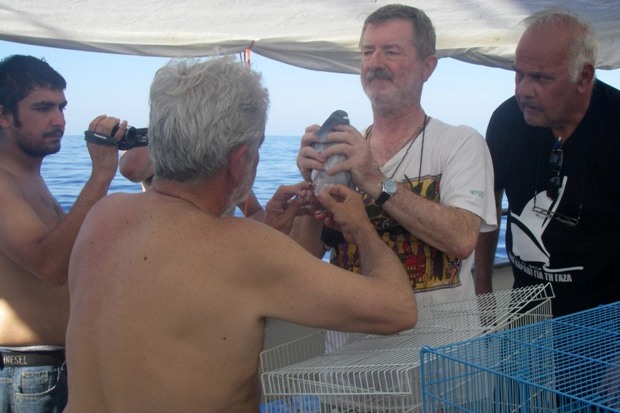 Pro-Palestinian activists placing a dove into a cage. Some 30 doves were to be released as a symbolic act upon arriving in Gaza. 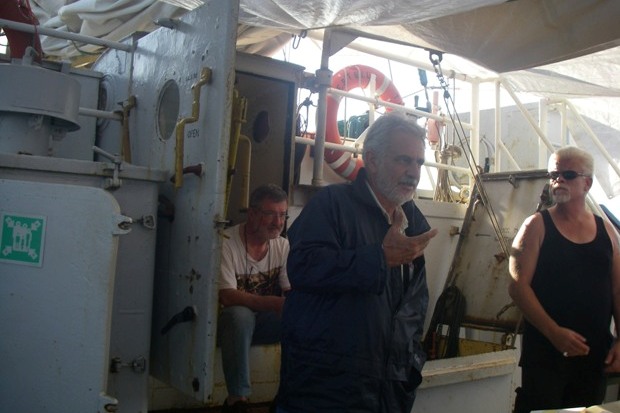 Pro-Palestinian activists hold a discussion aboard the Estelle boat. 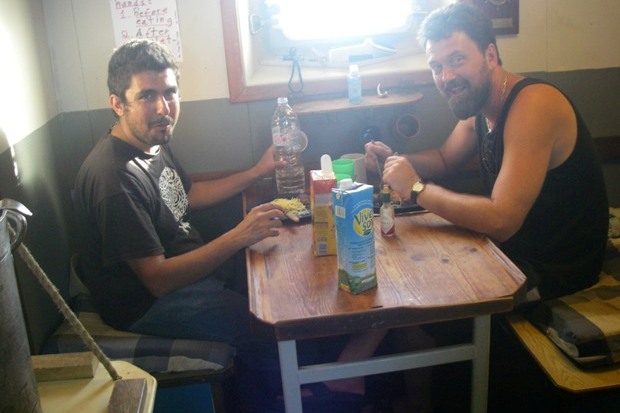