+972 has managed to get its hands onto a draft plan of President Barack Obama’s next campaign move,  hitting back at Mitt Romney after the latter unilaterally elevated the U.S. relationship with Israel from “special” to “cherished.”

According to the leaked document, the move will consist of a similar ad, elevating the relationship further to “precious.” Visual materials in the ad are rumoured to include tank-shaped chocolates, flowers and close-up shots on Obama’s doctoral degree from Yale. Alongside the ad, an automated phone campaign will be launched, bestowing upon each Jewish and evangelical household in the United States a message recorded by the president himself. The script for the message, also obtained by +972, runs as follows: 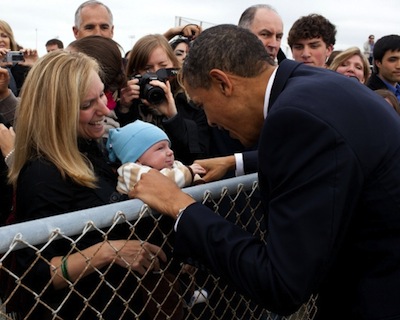