Even if bringing the Herodium exhibit to the Israel Museum is not identical to wielding physical violence against Palestinians, it seems that in everything that pertains to the West Bank, those in charge exploit resources for their own needs, be it for exhibition or settlement expansion. 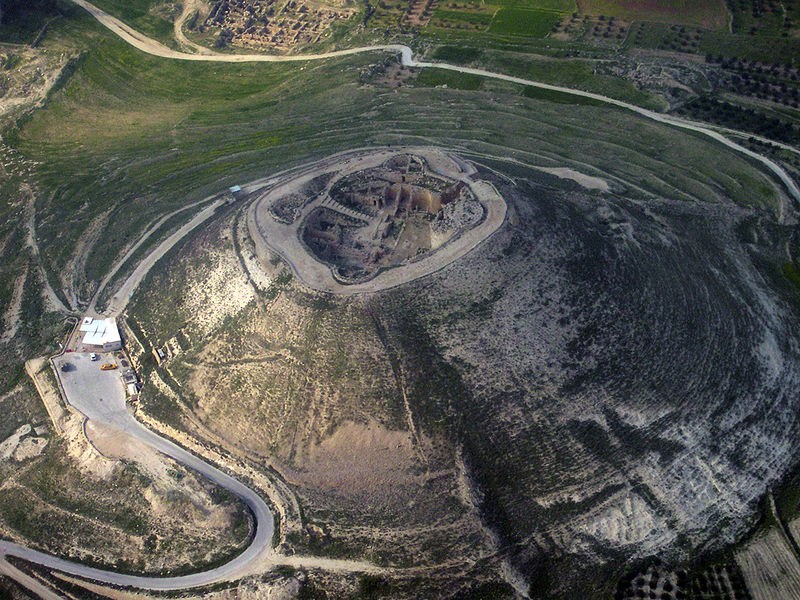 The exhibition “Herod the Great – The King’s Final Journey” is the largest archaeological exhibit ever showcased at the Israel Museum. In order to stage the exhibit, 30 tons of archaeological findings were transferred from the sites at Herodium and Jericho. The tremendous investment led to a successful portrayal of the glory of Roman culture, identified with the days of King Herod. Museum director James Snyder was careful to explain that exporting the findings into Israel from Herodium and Jericho, located in the West Bank, was carried out legally, and in accordance with the Oslo Accords.

In another location, ostensibly without any connection to the above-mentioned case, the Tel Aviv University Institute of Archaeology decided to conduct excavations in the East Jerusalem village of Silwan, at a site known as “City of David.” Even before excavations began, the archaeologists and their spokespersons declared that work would be conducted in accordance with scientific guidelines and would not contribute to strengthening the settlements in East Jerusalem.

According to today’s international standards, heritage sites are not a national possession, but rather part of a place’s history, and as such, must be accessible to residents and remain under their jurisdiction. However, the prohibition on the removing findings from occupied territories enshrined in international law, and the Oslo Accords, under which archaeological sites in Area C are to be transferred to the Palestinian Authority, have long become meaningless in the Israeli discourse.

Both Tel Aviv University and the Israel Museum are fastidious in presenting their activity as separate from the “unpleasant” deeds and sights of the occupation. The university claims that the violence, arrests, land theft and house demolitions in Silwan are completely unrelated to the excavations that it conducts there, as if the excavations constitute a spiritual bubble of positivity in the heart of a contested and wounded land. The museum even went to great lengths to declare that the findings transferred from Herodium and Jericho will be returned immediately upon completion of the exhibition. Details such as where exactly, and to whom, were not specified.

In both cases, it appears to be convenient for these institutions to ignore the political question and the implication of the heritage sites for the Palestinians residing in the area. The university chose to work with the Antiquities Authority and Elad (an Israeli settler organization that operates the City of David site and supports Jewish settlement in the village of Silwan); the museum chose to work with with the Civil Administration, the branch of the Israeli army in charge of the Occupied Territories. These institutions provide the scientific fig leaf and the cultural facade while their partners perform the less pleasant work of removing the findings from the territories or providing security guards for the excavations. In their defense, these institutions claim that despite the problematic aspect of their work, one cannot compare the removal of findings from the Occupied Territories to the theft of land, uprooting of olive trees or inflicting of physical harm on Palestinians. While others are engaged in a violent occupation, at worst, they represent a type of enlightened occupation.

It is easy to ignore the deeds of these institutions and to focus on violence and the daily Israeli violations in the Occupied Territories. But even if the “exhibition on loan” from the Herodium is not identical to wielding physical violence against Palestinians, it seems that in everything that pertains to the West Bank, those in charge exploit resources for their own needs, whether for exhibition, excavation or settlement expansion. The exhibition in honor of Herod and the emphasis on the importance of the Herodium site is the best way in which the Israel Museum can “contribute” –  intentionally or not – to strengthening the Gush Etzion settlement bloc and turning Herodium into a central Israeli tourism heritage site. Likewise, in the case of City of David, Tel Aviv University only has to perform its excavations professionally. Police, settlers and the authorities will handle the struggle against the local residents.

Both institutions could choose a different route. They could abide by international law in recognition of the mutual interest of all residents. They could put their work on hold until better days, when such activities can promote shared heritage and dialogue between cultures. In their decision to ignore the political implications, however, the cultural institutions’ contribution to the occupation is to dismiss it (and to ignore the Palestinians), and to present their work as investigative and cultural. And if critique is voiced, they can simply say that it’s nothing compared to violence, which we all oppose.

Yonatan Mizrachi is an archaeologist active in “Emek Shaveh,” an organization specializing in the role of archaeology within the Palestinian-Israeli political conflict.