As the vote on the possible expulsion of Israel from FIFA draws nearer, the Israeli delegation suddenly decides to discuss easing restrictions on Palestinian players, who just yesterday were deemed ‘security threats.’ What gives? 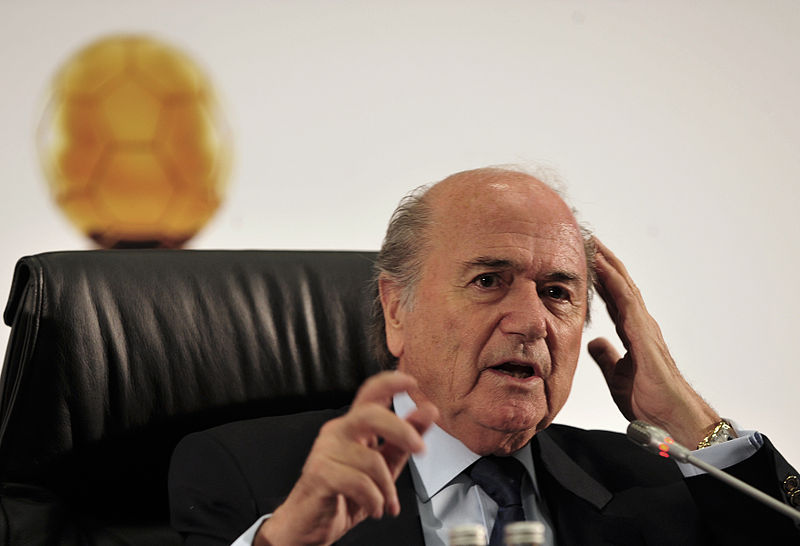 At this point, it is unclear whether FIFA will vote to expel Israel from soccer’s international governing body on Friday, or whether the vote will even happen in the first place.

What is clear is that a nonviolent Palestinian initiative akin to a sports boycott on Israel paid off. While the prime minister and the president of Israel are up in arms over a “strategic threat,” the Israeli delegation to FIFA will be busy finding ways to legitimize Israel in the eyes of the organization, especially in light of Israel’s treatment of Palestinian soccer players — the main reason behind the initiative to expel Israel.

[UPDATE: The Palestinian Football Association withdrew its decision to call on FIFA to expel Israel. Instead, the FIFA Congress passed an amended motion that will establish a committee that will oversee freedom of movement of Palestinian soccer players, Israeli racism and the status of Israeli teams based in the West Bank.]

According to Haaretz’s Barak Ravid and Moshe Boker, the delegation suggested issuing special entry permits that will allow soccer players to move more freely between Gaza, the West Bank and abroad; easing of building restrictions for soccer-related infrastructure in the West Bank; paying for some of the costs of sports accessories that Palestinians import through the Ashdod Port in southern Israel; and establishing a joint committee with FIFA and the Palestinians to solve issues that may arise.

According to the report, the head of Palestinian Football Federation, Jibril Rajoub, insists on an investigation of racism in Israeli soccer, as well kicking out teams based in West Bank settlements from the Israeli Football Association. These are legitimate demands, and there is a good chance they will be accepted by FIFA (it will be very interested to see how Israel will swallow the second one).

It is unclear how this story will end, but the very fact that Israel is willing to allow soccer players from Gaza to enter the West Bank tells the entire story. Why did this happen? Just yesterday, those same players were a terrifying security threat, and today? Or perhaps the Israeli government is all of a sudden willing to put its citizens at risk of being harmed by soccer players from Gaza, simply to prevent an expulsion from FIFA?

It is clear that the answer to these two questions is a resounding no. The only thing that has suddenly changed is that suddenly, Israel’s policy — which arbitrarily affects the millions of Palestinians living under Israel’s military regime on a day-to-day basis — becomes transparent and dangerous. All of a sudden a person in Israel will care about what happens to Palestinian soccer players, something that has never before happened here.

The same thing happened nearly half a year ago, when for the first time since 2007, the Israeli government allowed the exports of cucumbers from Gaza to the West Bank. Why didn’t it happen before? Because. There is a siege. A collective punishment of the entire population of the Strip. Why did it change? Because of the last war, and the recognition of a need for a change.

The Israeli public almost always views Palestinian boycott initiatives in a severely negative light. We do not engage in a serious debate about boycott as a nonviolent tool that promotes basic human rights; that allows for a political struggle without suicide bombers or firing rockets on civilians; and we never discuss the demands of the leaders of the Palestinian boycott movement. In the wake of the “boycott law,” which was upheld by the Israeli High Court of Justice, this kind of discussion is difficult to hold in the first place. That is, unless you unequivocally oppose boycotting.

The FIFA boycott episode reminds us that boycott initiatives won’t stop because of a law, but rather that they will continue making gains (in this case, perhaps because of the boycott law). And not just any gains, the kinds that should have been obvious to us from the get-go. From now on the Israeli government will likely allow freer movement for Palestinian athletes.

Students and lecturers, on the other hand, will continue to suffer from the harsh restrictions on academic freedom under Israeli occupation and siege. The same goes for members of the Palestinian Legislative Committee, workers, farmers or all those living in the occupied territories. Who knows how the next boycott initiative will force the Israeli delegation to do?