The comic artist Mysh is one of my favorites in Israel. His work is not only conscious and critical, but also brilliantly drawn and at times, extremely funny. Last year I posted here his “Israeli Machine” video, which captured the hope I saw in the J14 movement more than any 1000-word essay I have written on this issue.

Mysh’s drawings have since turned more critical and dark, reflecting the change in the national mood as the summer of hope turned into an Israeli winter. Yet some of those recent works have been incredibly popular on Facebook, shared and liked by thousands of Israelis; other pieces even got some international attention. That’s when Facebook began to censor Mysh.

“A couple of days ago, I got a message that one of my works, titled The Real Superhero, was removed from the site,” Mysh told +972 over the phone today. “I actually suspected it was the nudity – the drawing is showing a naked Clark Kent, with the S carved on his chest – maybe it was too much for some people. But this morning, I couldn’t get into my Facebook account, and I saw that another one of my sketches, titled A Problem of Self Esteem, was also removed.”

Here is The Real Superhero: 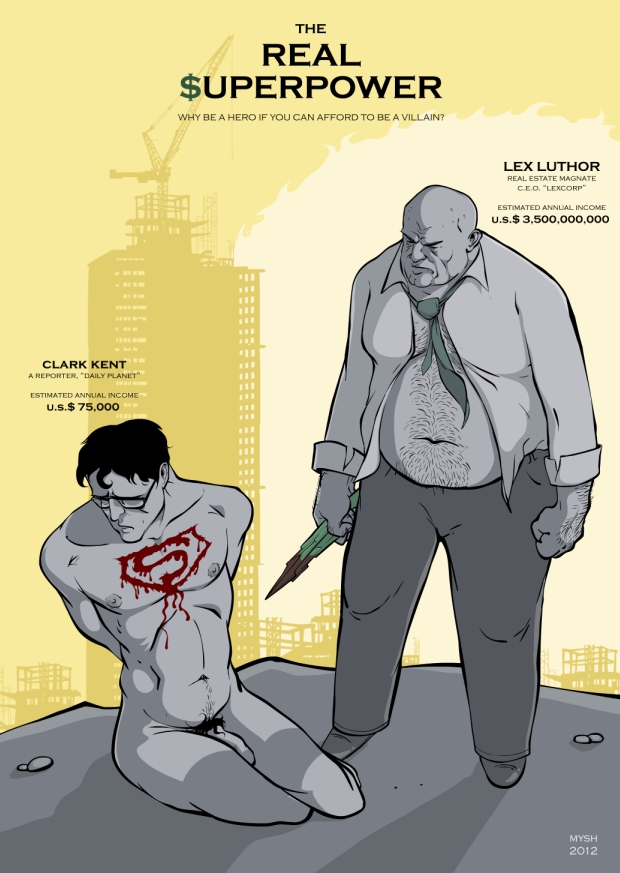 The Real Superhero (by Mysh)

And this is the Problem of Self Esteem, a work inspired by the latest race riot in Tel Aviv. 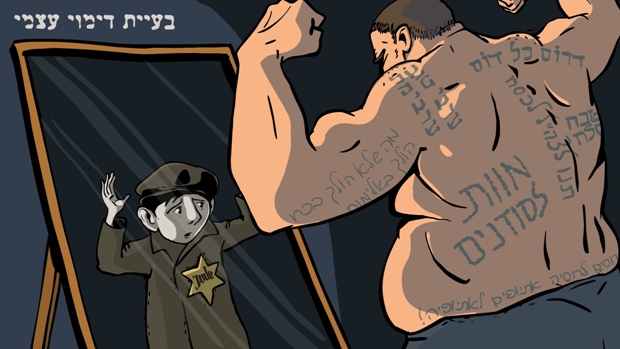 A Problem of Self Esteem (by Mysh)

The Hebrew on the back of the muscular man has all kinds of popular racist slogans: “A good Arab is a dead Arab;” “Death to the Sudanese,” “Run over the Dosim (degrading name for Orthodox Jews);”Russians to Russia, Ethiopians to Ethiopia,” and more.

Mysh was also warned by Facebook that further flagging of his work would lead to the removal of his page. He was banned from the site for 24 hours.

“When they removed a third work, titled the Green Sabrah, I understood that there was something systematic here, and that I have to take care of it. I wrote a letter to Facebook, but the reply was that the department that dealing with my problem is on leave until June 6th.” 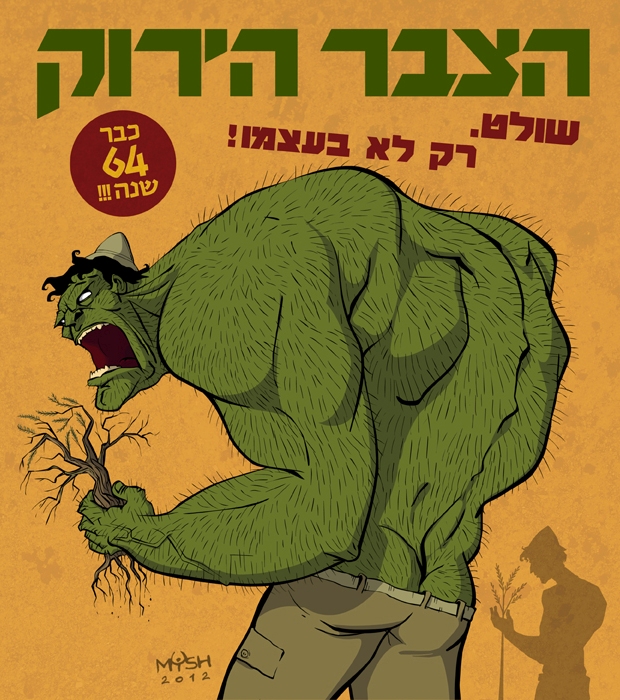 “The Green Sabrah: In control. But not in control of himself” (by Mysh)

“My work is critical and provocative, but I don’t think I am violating any of the house rules. My images are not inciting to violence, pornographic or extremely graphic. I really don’t know what to do now. The irony is that I have been praising Facebook recently as this amazing tool for promoting your art. I don’t have a site and I dread the thought that I will have to be a multi-platform person. I am quite bad with technology. I guess this was a kind of a wake up call for me, that this place I trusted is censored too.”

Mysh is 34, lives in Tel Aviv; he also directs films and animation. If you want to support him, join his Facebook page. We will also be featuring his work here on +972 from time to time. And for those who missed it, here is The Israeli Machine: