Trump’s speech sparked a new blood feud that claims the lives of both Israelis and Palestinians, unleashing forces destined to kill even more. 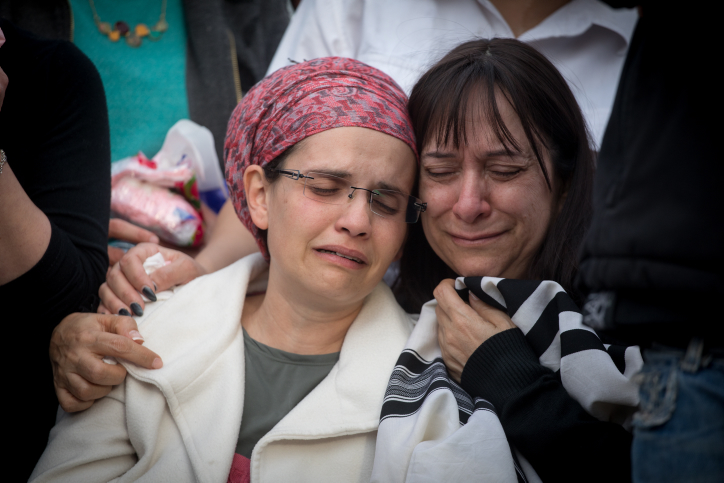 Yael Shevach, widow of Rabbi Raziel Shevach attends her husband’s funeral in the West Bank outpost of Havat Gilad, January 10, 2018. Shevach was murdered in a drive-by shooting near the outpost. (Miriam Alster/Flash90)

Israel was reeling this week after a shooting attack Tuesday evening that killed a 35-year old father of six near the West Bank outpost where he lived, called Havat Gilad. Although Rabbi Raziel Shevach lived in a community not even recognized under Israeli law, he was also a civilian: at the time of the shooting, he was not in a situation of active combat, and as far as is known, he was unarmed. His life in that territory was a highly political act, but his death is a crime with no justification.

And yet there is no escape from the political context of his death, both the causes and the consequences.

The attack that killed Raziel Shevach is part of a wave of violence that is the direct result of U.S. President Trump’s declaration recognizing Jerusalem as Israel’s capital. While neither Trump’s move nor anything else justifies killing civilians for political aims, the likelihood of escalation was so clear that even Trump had to call for calm in the very speech he knew would break it.

But since the declaration changed nothing for the U.S. or for Israel, what exactly was the point other than bloodshed? And if Trump doesn’t share the sorrow over the Palestinians who died over the last month, is the death of a Jewish Israeli father of six what he had in mind?

Despite the routinized Hamas mantra that the attack was about defending Jerusalem, it seems more like the next response in the month-long blood feud: revenge for 12 unarmed Palestinians, including two on Thursday alone, who have been killed since the speech. Most were killed during protests, which for Israelis proves that they were violent upstarts courting their own death. It is an image honed over decades of viewing Palestinians as rabble to be controlled by a military regime, rather than as individual human beings with the right to protest having been made to live as prisoners. 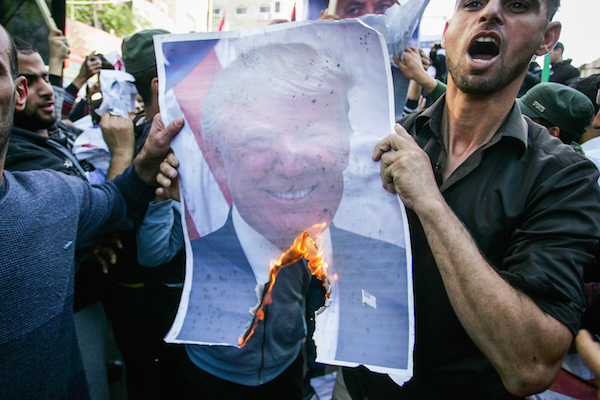 What is a demonstrator? As a child, I pored over the famous image of a protestor killed at the anti-Vietnam War demonstrations at Kent State University, fascinated by the iconic power of the photo to horrify America for what it had done. When a 16-year old Palestinian demonstrator, Nadeem Nawara, was killed in 2014 at a demonstration while posing no threat, the state shrugged for three years. On Wednesday, while the Israeli airwaves were filled with mourning for a murdered Jew, it shrugged again.

As for the consequences, each such death brings out more of the very dynamics that caused them in the first place. Twelve Palestinians and one Israeli death devalue Palestinian lives to one-twelfth of an Israeli in the local mindset. The awful truth is that some Palestinians have internalized that devaluation too.

Next comes the response inside Israel. As if reading from a script, settlers paraded through the media calling on the government to reinstate checkpoints in the West Bank, one of the obvious sources of rage among an imprisoned population. This prescription says that the symbolic injury of Trump’s declaration just wasn’t sufficient. Thus, it is time to bring back physical suffocation. 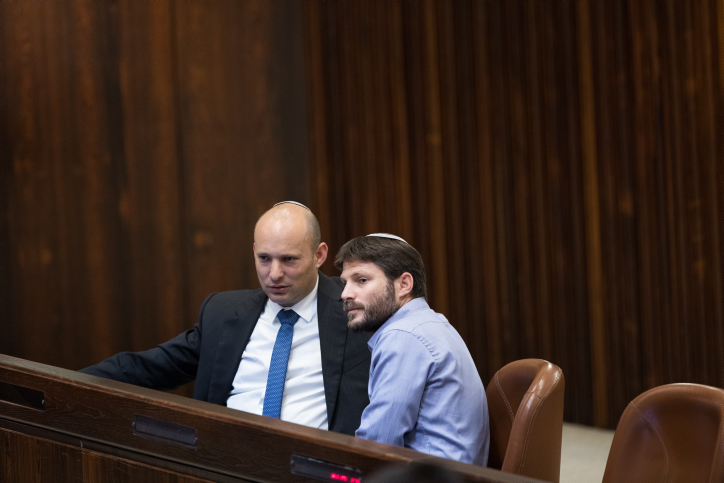 Betzalel Smotrich – not just any extremist, but a lawmaker from the Jewish Home party, which sits in Israel’s governing coalition – had a better idea. He told IDF Radio, among other news outlets throughout the day [my translation]:

The problem is when you’re dealing with mosquitoes. When you kill mosquitoes, you manage to kill 99 of them, and the one hundredth mosquito that you didn’t kill, it kills you. The real solution is to dry up the swamp. Dry up the swamp, and take away the motivation behind terror. If Arabs think that they’ll beat us through terror and that’s how they’ll get a state, they need to understand that the opposite is true.

Calling Palestinians “Arab” is a dim-witted attempt to wipe their identity off the map. Smotrich should be ashamed.

Or he should be arrested and investigated for incitement. “Mosquitoes” are close to “cockroaches,” the term Rwandan Hutus used to label Tutsis on mass media before murdering 800,000 of them in 1994. It sounds a lot like “vermin,” too. Smotrich might argue that he means to kill only terrorists, but why put a fine point on it? If he were an Arab citizen of Israel, he would be defending his case in court by now. But even that won’t erase the damage done.