The first cause must not be a rival, or a left-wing alternative, to the latter two.

From what I read and hear, it seems to me the Left is talking about Israel’s occupation and onslaught in Gaza – but not about rising anti-Semitism in Europe or about Islamic State (IS) and jihadism, or at least not about how to combat them. My impression is that leftists see this as a zero-sum game: the more outrage about anti-Semitism or IS, the less about the occupation and Gaza, and since the occupation and Gaza is their main concern (mine too), they pay no more than lip service to anti-Semitism, often to say it’s being exaggerated by the Right. And though they deplore IS and jihadism, they’re also against any Western military response to it, often blaming Western military action in the Middle East for creating the problem in the first place, or at least for amplifying it. 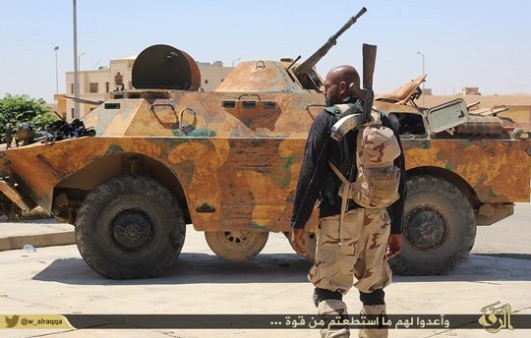 The Right, on the other hand, is talking only about anti-Semitism, IS and jihadism, hoping that it will take people’s minds off the occupation and Gaza, or, better yet, convince them that it justifies Israel’s violent domination of the Palestinians, or, best of all, show them that Israel’s violent domination of the Palestinians is an integral part of the world’s fight against IS and jihadism.

I don’t have much to say to right wingers about this. People who think Israel is doing the best it can with the Palestinians, who think Israel was innocent of all the killing and destruction in Gaza – I have no interest in trying to convince them otherwise; by now it’s futile.

The reason the Left should start speaking out on these issues is not to win votes or support, or even credibility. I have no idea how this would play in Peoria, and I don’t particularly care. Instead, there are two reasons why the Left should speak out against anti-Semitism and jihadism: one, because they are both vile and lethal phenomena, and every leftist worth the name knows it. Two, because there seems to be more synergy now – despite the Left’s intentions – between the anti-occupation movement on the one hand, and anti-Semitism and jihadism on the other.

The scenes and stories from the war in Gaza not only cranked up legitimate antagonism to Israel, they also brought a lot of anti-Semites out of the woodwork, especially among young, disaffected Muslims in Western Europe. And while the rise in jihadism seems to be happening independent of what Israel does or doesn’t do, thousands of European Muslims have gone to fight in Syria and Iraq along with a small number of American Muslims (there are more where they came from), and the veterans who survive the wars will be coming home.

All of these people, anti-Semites and jihadists in the West, feed on verbal attacks against Israel’s violent abuse of the Palestinians – and I don’t want to feed them. Yet, I don’t want to soften my attacks on Israel’s violent abuse of the Palestinians, because that is a vile and lethal phenomenon committed by my country and it must be fought as hard as possible.

So, the answer, I believe, is to go on speaking out with full force against the occupation – and start speaking out more often and more forcefully against anti-Semitism and jihadism. The movement that grows out of the pro-Gaza demonstrations during the war should explicitly take up these two issues as well. That would separate the sheep from the goats. That would purify the ranks, which need purifying.

Actually, on second thought, I think the Left’s joining the fight against anti-Semitism and IS might gain support for the anti-occupation movement. To quote from an August 10 editorial in Britain’s The Observer (the Sunday edition of The Guardian):

Israel’s leaders complain of Western double standards discriminating against their country. But it works both ways. It is clear that more and more people across the world – justifiably or not – are asking why Western governments may assert a moral and legal right to mount air strikes in defence of embattled women and children dying in the mountains of northern Iraq, but should simultaneously ignore the plight of those buried under rubble in Gaza. With Israel’s latest, often indiscriminate bombing of Gaza, that question gets harder and harder to answer.

If the Left was to support those air strikes in northern Iraq – which I do – while also raising its voice against attacks on Jews, I think it would be in a much stronger position to challenge the world’s tolerance for the subjugation of Palestinians. But even if the world, in its cowardice and hypocrisy, continued to tolerate the occupation, the fight against anti-Semitism and jihadism would be no less important – for everyone who stands for justice and decency, which is what the Left should always stand for, everywhere.