Although the racism and hatred between Israel and its neighbors seems as entrenched as ever, many Mizrahi artists are connecting to their Arab roots. Does this trend portend a brighter future for the Middle East? 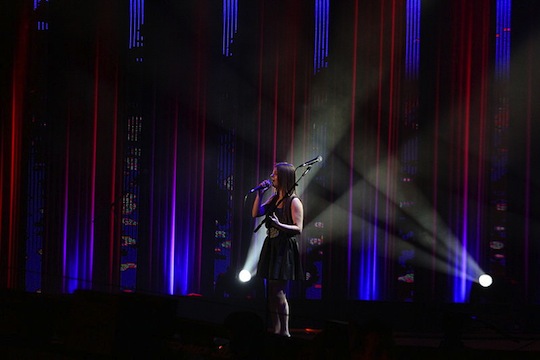 In an interview with Al Arabiya several years ago, popular Israeli singer Zehava Ben stated that she was interested in performing throughout the Arab world, and especially in Beirut and Gaza. Israel’s security system forbade her entrance into the Strip, due to the fact that Hamas rules the territory. In a later interview, she said that her dream is to perform in Cairo’s Opera House, where her favorite singer, Umm Kulthum, once regularly performed. Ben’s words express the natural desires of many Mizrahi Jews in Israel to connect to the roots of the Arab culture in which their parents lived for generations. Mizrahi music represents the longing of almost half of the state’s Jewish citizens for the elements of Arab culture that they know so well. But beyond the question of origin, history and biography, it is a question of Israel’s place in the Middle East, which affects every citizen, Mizrahi or not.

When Israeli music begins exporting Arabic culture to its neighbors, both near and far, it will be able to grow its popularity and double or even triple its sales. Mizrahi-Mediterranean culture can jump over that barrier and draw new audiences. Today, we know that many people in neighboring countries, and certainly in the occupied territories, know and love songs by Eyal Golan and are well-versed in new Mizrahi-Israeli music. It will be easier to sell Mizrahi music in the Mashriq (the geographical region between Iran and Egypt) and the Maghreb (from Egypt to Morocco) in parallel to cultural exports to the U.S. and Europe. It’s important to mention that more than a few Israeli success stories in Europe maintained their Arabic sound, such as Ofra Haza.

Music and culture have an additional role. Should we be able to export Mizrahi culture to Arab countries, it is likely to reduce the tension and hatred against Israel. The Arab bloc will no longer see Israel as a vestige of European colonialism that came to settle on Palestinian land. They will understand that over a million Jews arrived in Israel from Arab countries, and maintained their Arab identity, which is expressed in music and culture.

Israeli society today cannot see its place between Beirut, Amman and Cairo. But anyone who listens to the many versions by some of Israel’s best singers (Sarit Hadad, Omer Adam, Maor Adri and many others) will discover that they regularly release covers of Arabic songs in Hebrew. There exists today a contemporary Israeli culture that is effectively in dialogue with a contemporary Arab culture, but no one speaks about it openly. There is a conspiracy of silence around the issue. Zehava Ben was brave enough to openly say that her dream is to perform in the same auditorium as Umm Kulthum in Cairo. But Ben is not speaking out of nostalgia – she is up to date and wants, like other artists, to update her work and create new art that corresponds, influences and is influenced by its surroundings. This is the reason that Ben’s album of Umm Kulthum songs made it to the Arab world (despite the boycott), along with albums in Arabic by Ofer Levi, Sarit Hadad and Sharif. Even albums by singers such as Yasmin Levy, who is very successful in Turkey, or Rita with her album in Persian, which made it to Iran (among other countries), or the Moroccan-Israeli singers, who transcend musical horizons within Israel and outside of it.

The awaited change won’t only come from the Jewish side. It was an important event when Lina Makhoul, a Christian Palestinian from the city of Acre, won first place on Israel’s The Voice television show. Professor Yossi Yonah sees her victory as indicative of Palestinian citizens’ desire to integrate into Israeli culture. Nasreen Kadri’s victory on the second season of Eyal Golan is Calling You, which Israeli educator and activist Shira Ohayon called “a revolution on live television,” was a big step in that direction. Our shared lives here are not only full of negativity, racism and loathing – they also portend a new-old cultural development despite years of political and cultural deadlock that has been forced on us from above. Israel will find its place in the Middle East with the development of Jewish-Arab (as exemplified by Zehava Ben), and Arab-Jewish culture (as exemplified by Lina Makhoul and Nasreen Kadri). The success of these mixed cultures will only bring prosperity.

Ophir Toubul is a DJ, activist and founder of Café Gibraltar. Mati Shemoelof is an Israeli poet, editor, and social activist. This article was first published in Hebrew on Café Gibraltar.