Over 3,700 people have signed on to a call supporting the human rights organization, after the Knesset coalition chair calls to revoke its executive director’s citizenship. 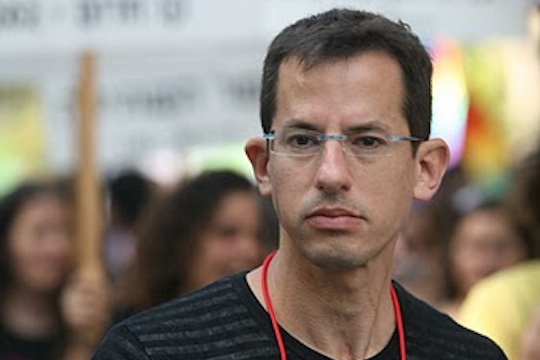 B’Tselem Executive Director Hagai El-Ad addressed the UN Security Council last week, calling on its members to take real steps toward ending the military dictatorship over the occupied territories, which is nearing its 50th year.

Following El-Ad’s speech, Prime Minister Benjamin Netanyahu published a statement condemning B’Tselem for joining the “chorus of slander” against Israel. It was only a matter of time before thousands of right-wingers took to social media to call for El-Ad’s execution. As expected, Israeli police did nothing to stop the incitement, and not a single person has been arrested.

In the week that followed, however, B’Tselem reported a fivefold increase in “small” donations, which come from individuals, rather than from organizations.

Following Knesset coalition chair David Bitan’s proposal to revoke El-Ad’s citizenship, the donations have increased tenfold. Meanwhile, over 3,700 people have signed on to a call supporting B’Tselem on social media.