Earlier today, Ben Smith of Politico noticed what seemed like an angry response by Israelis to the “open mic” rants exchanged by US president Barack Obama and French president Nicolas Sarkozy. According to reports, Sarkozy called the Israeli PM “a liar,” and Obama complained “I have to deal with him every day.”

In the evening following the publication, the Tel Aviv US embassy’s Facebook page was filled with comments by Israelis defending their prime minister’s honor. 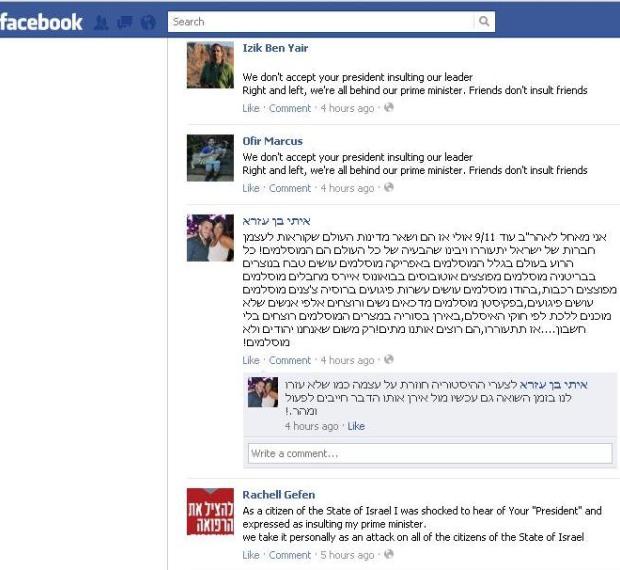 Yet one couldn’t help notice that some of the comments have the exact same message.

I decided to check the Facebook page of Israeli Sheli (“My Israel”), a “grassroots” organization which is run by a former chief of staff of Netanyahu (before his return to the PM office) and which has strong ties to Yesha Council, the settlers’ representative body (Haaretz has called Israel Sheli “an arm of the Yesha council”).

Sure enough, earlier today Israel Sheli sent its 60,000 followers to protest the comments by the American and French presidents, and even offered them some talking points. The message ends with the sentence: “Doing Zionism – defending Israel’s honor.” 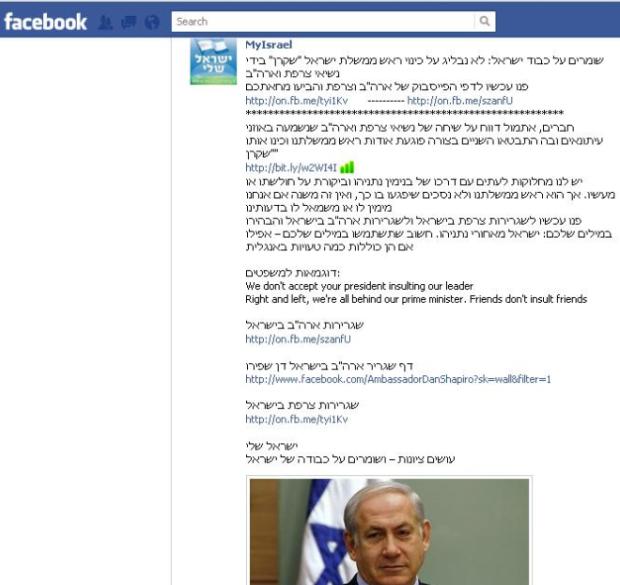 Most people who responded to the appeal simply copy-pasted the message from Israel Sheli’s Facebook page, bus some were more original; in the first screenshot I posted, the person who posted the Hebrew message is wishing the United States “another 9/11.”