IDF releases Tamar Ze’evi after a total of 115 days in military prison, recognizing her as a ‘conscientious objector.’

By Yael Marom and Haggai Matar

After spending a total of 115 days in military prison, the Israeli army decided to release Tamar Ze’evi on Thursday, after formally recognizing her as a conscientious objector. This is the first time in over a decade that the IDF’s conscientious objectors committee has recognized that refusing to serve in the army over opposition to the occupation is a legitimate reason for exemption.

Ze’evi appeared before the committee last Monday alongside conscientious objector Tamar Alon, who is also in prison for refusing to serve in the army and has spent 118 days in jail. Unlike Ze’evi, however, the committee did not grant Alon an exemption, since it claimed her refusal was “selective.” Both Ze’evi and Alon were first jailed in November of last year for their refusal to serve.

In the run-up to her release, Ze’evi published the following statement:

I am happy to go free after standing up for my truth, and I refused to take part in a military system that differentiates between human beings, gives preference to some over others, and breeds hatred between us. I am very excited to meet my family and friends… yet I am still in solidarity with my partner in struggle, and am very sorry that that the army did not recognize my friend Tamar Alon as a conscientious objector — like myself, she is refusing to serve in an army that oppresses another nation.

Israeli law permits granting exemptions from military service for reasons of conscience. Over the years, military authorities granted these types of exemptions to almost every woman who asked for one. Men, on the other hand, were forced to prove that they were pacifists who oppose any and all types of violence, and not conscientious objectors who oppose the occupation. Since 2004, this policy has been expanded to include women.

Ze’evi was surprisingly granted an exemption, despite the fact that she is not a pacifist, while Alon was refused an exemption after the committee found that her refusal did not stem solely from personal reasons, but rather was driven by a desire to foment “popular revolt.” It must be noted that this is a new distinction on the part of the army.

In her request for a conscientious objectors committee, Alon wrote the following:

I believe that all humans must prioritize the value of life before all else, and must do everything to protect it. The Israeli occupation does not prioritize the lives of Palestinians. The oppression of the Palestinian people is a clear violation of the value of life. The army carries out the policies of occupation, and thus takes part in illegal activities, which my conscience will not allow me to take part in.

“I grew up in Jerusalem during the difficult days of the Second Intifada. I remember the monuments being erected and the neighborhood memorial services. Even my family has been affected by grief, since my father’s cousin was killed during the Yom Kippur War. For me, army service means taking an active role in creating this reality. I do not want to be part of this circle. My conscience compels me to take responsibility for the quality of life of my community and refuse to serve in an army that contributes to this cycle.

Yasmin Yablonko, a coordinator for Mesarvot, an Israeli NGO that supports conscientious objectors and has been supporting both Ze’evi and Alon, praised the army’s decision to release the former. “The committee’s decision to grant Ze’evi an exemption goes against its practice over the past years to recognize pacifists alone as eligible for exemption. Instead, they made a distinction between ‘conscientious’ refusal and refusal for the sake of protest, which strives for societal change. The fact that Ze’evi was released for “general conscientious objection” sends a disconnected message that refuses to take responsibility for our society.” 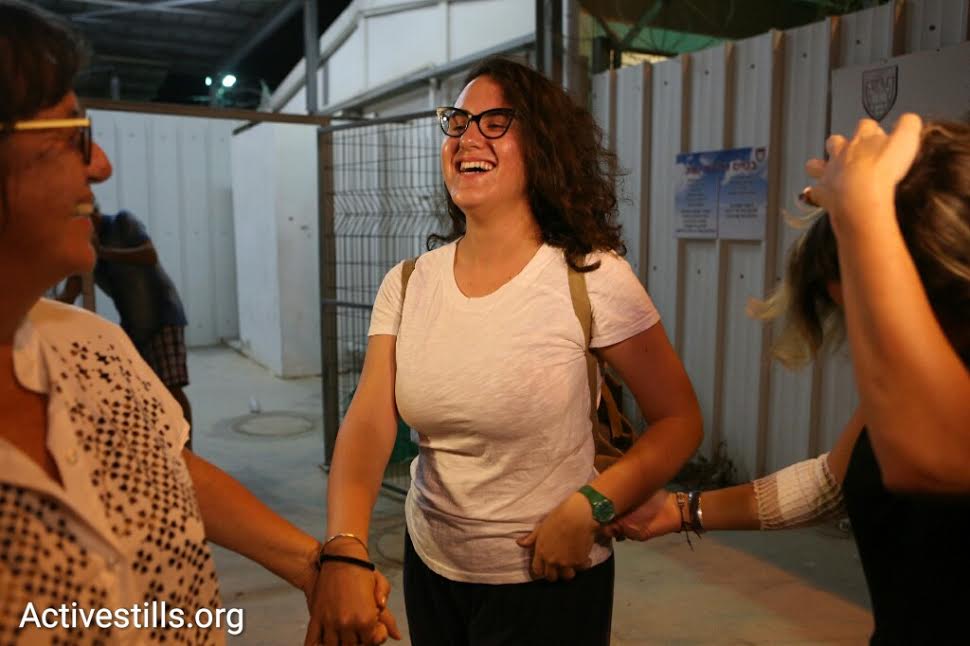 The past year has seen seven female conscientious objectors who refused to serve in the army due to the occupation: Tair Kaminer, Eden Katri, Omri Baranes, Linda Shwezer, Adi Gita, and Kai Hen. Last fall, a group of Ethiopian Israelis launched an initiative calling on others to refuse to do reserve duty due to their opposition to police violence and institutional discrimination against Ethiopians.

Meanwhile on Thursday, Yesh Gvul, an Israeli NGO that offers support for army refusers, filed a petition to the High Court of Justice — alongside hundreds of signatories — calling on the army to broaden the scope for granting exemptions based on conscientious grounds, and to make conditions for exemption equal to those of religious women. Presently, any woman who wants to be exempted from military service can receive one on religious grounds. Conscientious objectors, on the other hand, must undergo a long and arduous process.

The petition, filed by Attorney Eitay Mack, claims that the gap between procedures vis-a-vis religious women and conscientious objectors goes against the principle of equality, since both are “purely subjective matters,” that require nothing more than a simple declaration. The petitioners also argue that the state would justifiably face backlash should it decide to establish a committee that checks whether these women actually maintain a religious lifestyle. The idea that the state should not intervene in the personal lifestyle or beliefs of anyone who requests an exemption should extended to conscientious objectors, say the petitioners.