An Israeli delegation of academics visits Kadoorie University in the West Bank city of Tulkarm to show support following a string of IDF raids on the campus. 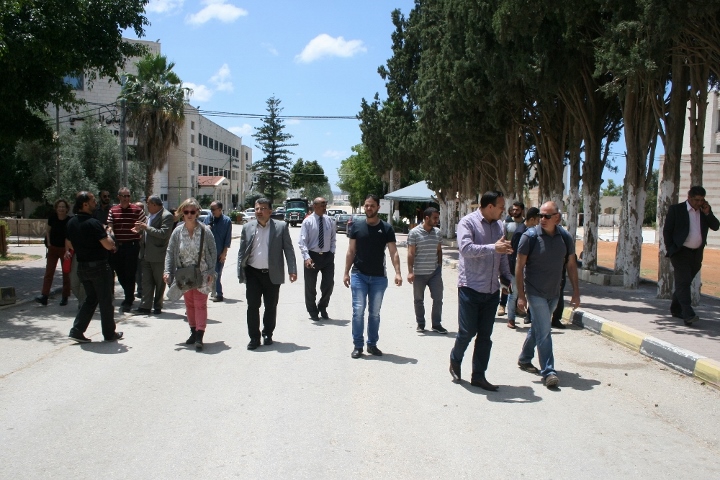 For the first time in many years, a delegation of Israeli academics made an official visit to a Palestinian university. The first, small delegation arrived a month ago, and the second, last Saturday. The visits – meant to express support for Palestine Technical University — Kadoorie following a string of incidents by the IDF that are damaging its academic freedom – come after years in which no Palestinian university agreed to meet with any Israeli academics, out of concerns it would hurt BDS efforts and due to anti-normalization with Israel and the occupation. Kadoorie University appears to be the first in the Palestinian academic world to determine that meeting with Israelis who actively oppose the occupation does not violate the boycott or anti-normalization efforts.

The Israeli delegations were initiated and led by (full disclosure) my mother, Anat Matar, along with Hilla Dayan, both within the framework of “Academia for Equality.” Beyond solidarity, the point of the meetings is to start organizing an international conference for academic freedom, which will be held at the university in Tulkarm at the end of the year.

The connection with Kadoorie University was formed as a result of Amira Hass’ article last December in Haaretz, when she reported on the military’s harassment on the university and its students. It began in 2002, with the partial expropriation of the institute’s agricultural land – established as an agricultural school by an Iraqi Jew, Ellis Kadoorie, in the 1930s – that the army turned into a shooting range for soldiers. Bullets from the range sometimes hit the library building, which is nearby.

Since the latest wave of violence that began in October, Hass reported, youth would come to throw stones toward the soldiers in the shooting range and at a nearby checkpoint, and the soldiers would shoot tear gas, putrid skunk water, rubber bullets and even live bullets into the heart of the campus, sometimes even raiding it. According to data collected by the university, which was presented at the meeting on Saturday, over the course of 85 days the campus was attacked 130 times, 138 employees and students were injured by army gunfire, hundreds suffered from tear gas inhalation, several of the greenhouses were ruined, the library building was out of use due to the stench of the skunk water, and the university had to shut down 12 times. When the university administration tried to build a wall to prevent youths from throwing stones at the soldiers, the army confiscated their bulldozer and shut down the construction.

The university is now saying that since Hass’ article was published the soldiers have stopped training at the range, and with it the stone throwing and the campus raids. However, only a month and a half ago, soldiers came at night and raided the student union offices and confiscated its posters and flags, said Dr. Dirar Eleyan, the university’s vice president. “The ability to stop the confrontations is in the hands of the army at all times. All they had to do was leave the range and no one would have thrown stones,” he said on Tuesday. 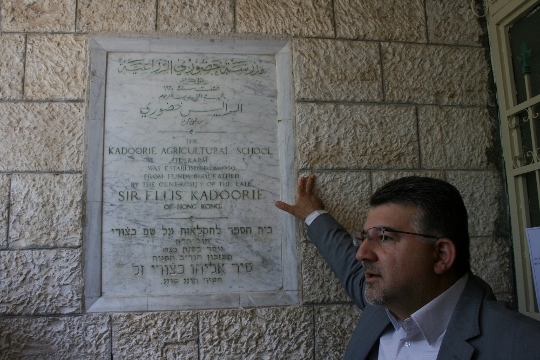 No academic freedom under occupation

Back to the Saturday visit. Around 20 Israeli academics from various university, among them MK Dr. Yousef Jabarin (Hadash, Joint List) arrived on the campus and met with university staff members on the weekend afternoon. The meeting started with a series of lectures in the university administration conference room, afterwards a tour of the campus, of the greenhouses and the shooting range (abandoned since December), a view of the Nitzanei Shalom settlement industrial zone and the separation wall (which is so close to the campus that you can hear the cars driving on Israel’s main north-south highway, Highway 6, from the other side) and eventually everyone got together again for lunch and to formulate plans for the international conference.

Elian represented the university and said that 6,000 students currently study there (of them 30 Palestinians with Israeli citizenship from Tira and Taibeh) and that some of their graduates serve today, among other places, in various government positions in Jordan and Iran. The first goal of their campaign for academic freedom is to ensure the welfare of their students and their ability to continue studies regularly.

Huda Barkat, a lecturer in economics at the university, said she herself was hit by a stray bullet during one of the army’s campus raid, and asked to pass on a message to Israeli society that the staff insists on the right of the Palestinian people to freedom. “All the campuses are suffering from occupation, not just Kadoorie,” said Dr. Tahani Abu-Daqqa, a member of the PLO committee for coordination and cooperation with Israeli society. A few of their members also came to the meeting. “We suffer from violence against the students and the staff all over. Only the establishment of a [Palestinian] state is a real solution. If we manage to lead to a change here, it will be a positive message for the students that there is an Israeli partner.”

Indeed, army raids into academic institutions in the occupied territories, the confiscation of flags and equipment, violations of freedom of movement of academics and their arrests are not rare in the West Bank. Only recently, Israel arrested a Palestinian astro-physics professor who in the past worked with NASA without charge or trial — a practice called administration detention.

“There is no academic freedom under occupation,” said MK Jabareen, who was a lecturer of law at Haifa University up until a year ago when he was elected to the Knesset. “But you can work to help Kadoorie University as part of the fight against occupation, and it is important for these things to take place. Palestinian academic freedom is not high up on the agenda of Israeli academia, and this needs to chance.”

Don’t put the Israelis in one basket

Some of the speakers stressed the unique character of the meeting, which, as mentioned, hasn’t taken place in many years. Since the Second Intifada, and even more so since the boycott movement began in 2005, Palestinian universities have objected to any cooperation with Israeli academics, no matter who or where, claiming it “normalizes” the occupation.

The thought behind this approach is that holding “coexistence” meetings between the sides while Israeli academic institutions in Israel play an active role in maintaining the occupation only perpetuates the occupation and the power dynamics it depends on. This approach is increasingly widespread in Palestinian society (and Arab in general), primarily among political activists. One notable exception is the popular struggle against the separation barrier, settlements and occupation, whose activists have for years developed an approach that believes partnership with Israelis that don’t only talk but actively and clearly oppose occupation alongside Palestinians – is not normalization. 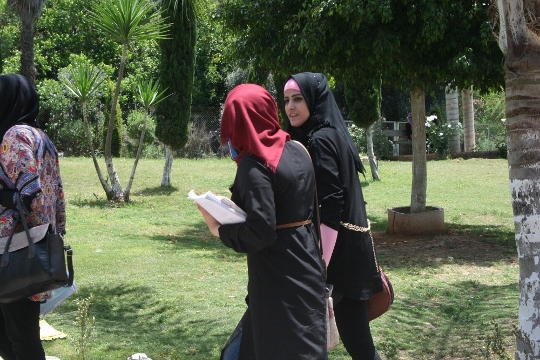 It appears this is the approach adopted by Kadoorie University. “The question of normalization is first and foremost a question of who we are meeting,” Dr. Eleyan said. “Do these academics support the security establishment and the occupation or oppose it? Do they support human rights, equality and Palestinian independence? We don’t cooperate with Israeli institutions, but if there are individual academics who share our values and oppose the occupation – it’s important we support them.”

“We need to work hard on our side to make sure we don’t relate to all Israelis the same,” he added. “We don’t do justice when we put everyone into one basket. We support BDS and oppose normalization, but it’s not normalization if we empower people who oppose the military regime.”

At the end of the meeting, the participants agreed to establish a joint committee that would operate to continue to organize international support and plan a large conference for academic freedom at the university at the end of the year.

The IDF spokesperson responded with the following statement: “Until a few months ago there were disturbances from the university on a daily basis, of hundreds of Palestinians toward the Tulkarm checkpoint. During these disturbances, IDF forces used crowd control methods, but not inside the university. The shooting range area is a military zone that complies with all security protocols, and the shooting that takes places there is not aimed at the university. In the coming months, it will stop being used once construction of a new range is completed. Regarding the claims of preventing the building of a wall on university grounds, the IDF has no such objection of a wall being built in Area A.”

A large amount of video footage taken at the university between October and December and presented at the meeting contradicts the IDF’s claims. The video shows IDF jeeps and soldiers moving around the campus, between the greenhouses and near the administration buildings and library, shooting tear gas and rubber bullets. The last video is from March, in which you can see the military raid the offices of the student union.