Fordham University tried to shut down a Students for Justice in Palestine club over its support for Palestinian rights and BDS. That is, until a New York judge gave Palestine campus activism its first legal victory. 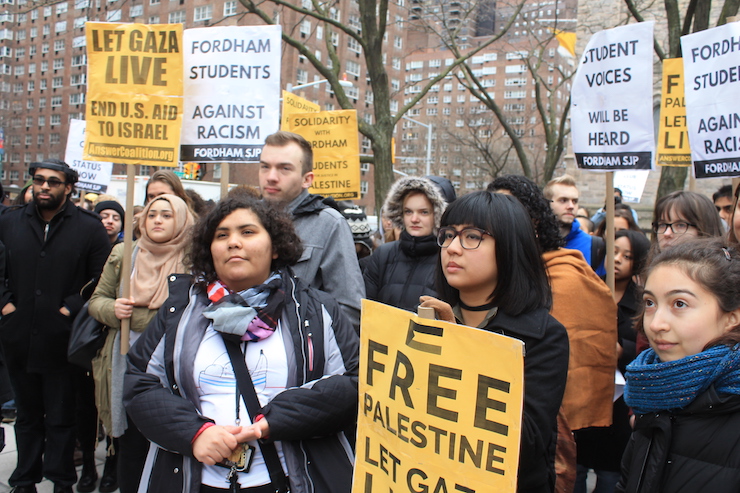 Last week, in a landmark ruling, a New York judge ordered Fordham University in Manhattan to recognize a Students for Justice in Palestine (SJP) club – despite the university’s hostility to the club’s support for Palestinian rights and the tactic of boycott, divestment and sanctions (BDS). This means that students will finally be able to host film screenings, invite speakers, and yes, talk about boycotts for Palestinian rights at this private Jesuit university whose alumni include Denzel Washington, Donald Trump and Lana Del Rey.

Awad v. Fordham University is the first court victory specifically protecting the right to organize for Palestine on a U.S. college campus. The significance of this win cannot be overstated at a time when the right to protest – and the right to boycott, more specifically – is under attack at the highest reaches of government, and when the State of Israel has allocated over $100 million to stop boycott efforts.

In a refreshingly frank ruling, Justice Nancy Bannon stated that “it must be concluded that [Fordham University’s] disapproval of SJP was made in large part because the subject of SJP’s criticism is the State of Israel, rather than some other nation, in spite of the fact that SJP advocates only legal, nonviolent tactics aimed at changing Israel’s policies.”

To be sure, the decision is bittersweet. All four of the students who first brought the lawsuit have graduated.

This includes Ahmad Awad, who started the process of forming the club in 2015. Ahmad is Palestinian on his father’s side and the grandson of a Polish survivor of a Nazi labor camp on his mother’s side. In Ahmad’s words, “[t]hese two histories of oppression taught me to value human dignity and to fight injustice wherever I see it.”

One gem from the ruling includes explaining how Fordham, quite oddly, “asked several Jewish faculty members about SJP [and] whether the administration should permit SJP to be established at Fordham.” The Jewish Student Organization was also specifically notified about an upcoming student government vote and asked to “provide its opinion on the question of approval of SJP.” The judge astutely recognized that it was only after receiving this input that Fordham “arbitrarily” decided to veto approval of SJP on the basis that the club’s political beliefs might be polarizing – which was not identified as a relevant factor in any previous Fordham rule, regulation or guideline.

Though by no means the first incident of censorship of Palestinian rights advocacy on a U.S. college campus, what is special about Fordham is its preemptive banning of speech before it even occurred – and its blunt public explanation of why: the idea that Palestinians should have human rights is so controversial it leads to “polarization.”

What this decision means is that private universities – which are not bound by the First Amendment – are on notice that if they boast about their commitment to justice and human rights, they can’t discard their promises because some people disagree with whose human rights you’re advocating for.

Though Fordham’s behavior was appalling here – can you imagine a university asking Christian faculty members their opinion on whether to allow a Queer Alliance or reproductive rights group to form on campus? – it’s no secret that supporting Palestinian rights, criticizing the State of Israel or boycotting companies complicit in Israel’s violations of international law will get you singled out for special [mis]treatment in this country. 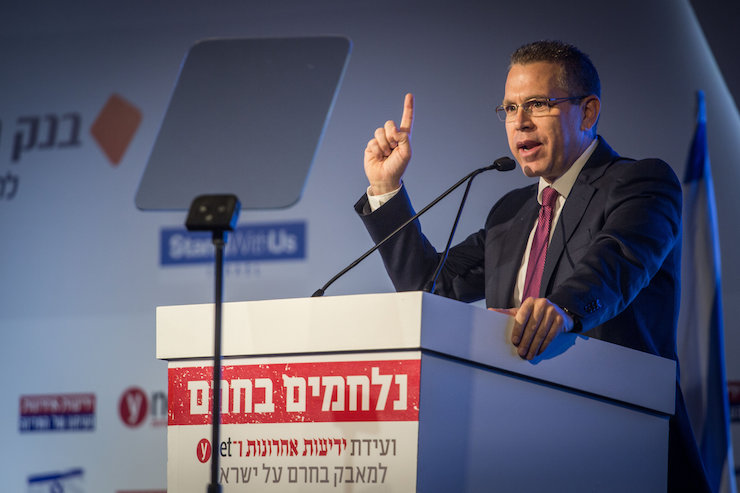 From 2014-2018 Palestine Legal, a Palestinian rights advocacy group where I work, responded to over 1,200 incidents of suppression of speech supporting Palestinian rights, the vast majority of which target students and scholars.

What happened at Fordham is emblematic of larger battles taking place against advocacy for Palestinian rights nationally and globally. To date, 27 states have anti-BDS measures on the books. The U.S. House of Representatives recently passed an anti-boycott resolution. States like Florida and New Jersey have redefined or are considering redefining anti-Semitism to include criticism of Israel, following the lobbying efforts of numerous pro-Israel groups. Such laws could target elementary school children writing essays on how they spent their summer with auntie under curfew in the West Bank or a family tree involving great-grandparents expelled from their homes during the Nakba.

These attacks are part of the coordinated efforts of Israeli government agencies and officials and pro-Israel groups around the world. The Israeli Ministry of Strategic Affairs has identified U.S. campuses as a battleground against BDS. Earlier this year, we learned that former Israeli intelligence agents from the Mossad were involved in spying and psychological operations against New Yorkers thought to support BDS – many of whom we advised.

This feels like an insane amount of energy, spying and money thrown into stopping what should be typical campus activity: debating, learning, and joining with others to advocate for shared beliefs. Perhaps those clamoring for censorship really do understand the power of campus movements to achieve social change. Nipping the threat in the bud is why Israel and its U.S. allies are using the weight of state power to stop student activism, and it is why we can’t let them win.

With the students who originally brought the lawsuit already graduated, the judge allowed a rising junior, Veer Shetty, to join the case last week. “We, as a new club, will be . . . tireless in our efforts to fight for the rights and dignity of the Palestinian people,” said Veer, upon hearing the court’s decision.

From anti-Vietnam war protests to the fight against South African apartheid, student organizing has been a powerful force for change. And it promises to be for Palestinian freedom as well.

Radhika Sainath is a senior staff attorney at Palestine Legal, where she oversees the organization’s casework on free speech, censorship and academic freedom. Together with the Center for Constitutional Rights and co-counsel, she brought a landmark lawsuit against Fordham University after it refused to grant club status to Students for Justice in Palestine.