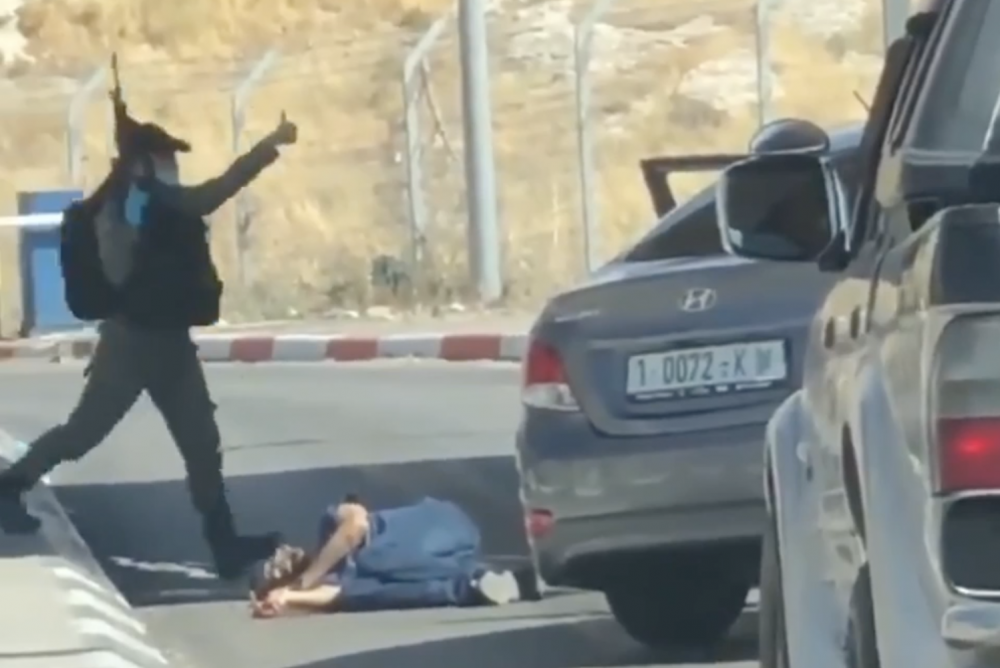 An Israeli Border Police officer gives a thumbs up next to the body of Ahmed Erekat. (Forensic Architecture investigation)

On June 23, 2020, Ahmad Erekat, a 27-year-old Palestinian from Abu Dis in the occupied West Bank, drove to pick up his sister from a bridal salon in Bethlehem, a few hours before her wedding.

At around 3:50 p.m. Erekat drove up to the infamous “Container Checkpoint,” located on the main road that connects the north of the West Bank to the south. Under the Oslo Accords, the area on both sides of the checkpoint is under the full control of the Palestinian Authority, yet the checkpoint itself is manned 24-hours a day by Israeli security forces.

When Erekat passed through the checkpoint, he swerved from the route and crashed into a booth full of police officers. Erekat, unarmed, exited the car. The officers shot six bullets into him. An hour and a half after he was shot, Erekat’s body was removed from the area.

About 24 hours later, the Israeli Border Police Spokesperson released a short video from only one security camera of the many located at the checkpoint. The video shows the moment Erekat’s car hits the booth, and his shooting.

Israeli media outlets were quick to label the crash an act of terrorism. Their suspicion that Erekat had intended to crash his car into the checkpoint only grew after a second video surfaced, which showed him speaking into his phone camera while driving his car, saying that he is not a “spy.” 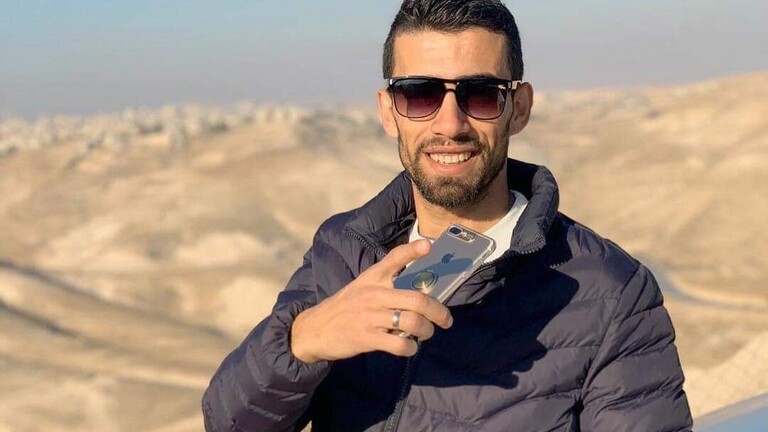 Erekat’s killing, unfortunately, is not unusual. Over the last few years, Israeli soldiers and police officers have shot dead dozens of Palestinians, including those who did not pose an immediate threat. In these cases, the Palestinian’s act is almost always instinctively labeled as a “terrorist attack.”

At the request of the Erekat family, Forensic Architecture, a research group that uses architectural techniques and technologies to investigate cases of state violence and human rights violations around the world, along with Palestinian human rights group Al-Haq, tried to reconstruct Ahmad’s killing. Eight months after he was gunned down, they have published a thorough visual investigation of the incident.

How to reconstruct a killing

Narrated by renowned political activist and thinker Angela Davis, the investigation found that Erekat was shot despite not posing a threat to the security forces standing at the checkpoint. It also found that he did not receive medical treatment after he was shot — despite footage showing that he was still alive.

The investigation further found that Erekat’s body, which was left on the ground for approximately an hour and a half, was stripped naked before being taken away. The body was never returned to the family, and remains under Israeli custody to this day.

Israel routinely holds on to the dead bodies of Palestinians who have, or are suspected of, carrying out violent attacks on Israeli soldiers and civilians as bargaining chips for negotiations, whether directly with Palestinian families or with their political leaders. According to B’Tselem, Israel is currently holding 70 Palestinian bodies.

The investigation cross-checked the security camera footage with videos recorded by Palestinian drivers who were at the checkpoint, as well as media outlets that arrived after the shooting. With the help of the footage and testimonies, the researchers built a 3D model of a checkpoint and used shadowing and open-source investigation to reconstruct a timetable of the events.

Following the killing, Ben Vaknin, who serves as the Border Police’s operations officer in the West Bank, said that “a terrorist tried to exit the car. When he exited he started running toward the [security forces], who along with a commander neutralized him and shut down the area.”

But the Forensic investigation shows that Erekat exited his vehicle unarmed while his hands were in the air, and as he moved in the opposite direction from the officers at the checkpoint. “[Ahmad] did not pose any immediate danger at the moment he was shot,” the investigation concludes.

According to Forensic Architecture and Al-Haq, three Border Police officers fired six bullets at Erekat within two seconds. One of them fired the first bullet as Erekat stood four meters from the nearest officer. Erekat continued to move away from the booth as the officer continued to shoot. As the first two shots were fired, Erekat raised his hands in the air and moved backwards. On the third shot, he fell, and the three remaining bullets were fired after he was already on the ground.

On the day of the killing, the spokesperson Vaknin said that Erekat was checked by paramedics. “After a short while, a medical team announced the terrorist’s death.” Yet the investigation shows that Erekat was actually left to lie on the ground without any help. A video filmed at 3:53 p.m. by a Palestinian driver at the checkpoint, just minutes after the shooting, shows Erekat still moving on the ground.

An Israeli ambulance arrived on the scene a few minutes after the incident, yet the paramedics did not treat Erekat. According to the investigation, a Palestinian ambulance arrived on the scene 20 minutes after the shooting, but were turned away by Israeli security forces. One paramedic who spoke to the investigators said that they could tell from a distance that no one was treating Erekat.

The footage from the Palestinian driver also shows a Border Police officer walking by Erekat’s body and holding a “thumbs up,” to signal that everything was okay. According to the investigators, this demeanor shows that the security forces did not believe that Erekat had booby-trapped his body, yet at the same time refrained from treating him.

In similar past cases, such as the police killing of Yacoub Abu al-Qi’an in the Bedouin village of Umm al-Hiran, Israeli security forces said they did not treat wounded Palestinians because they were afraid they were carrying explosives. This claim was nowhere to be found in Erekat’s case, yet he was still left to bleed out on the road. 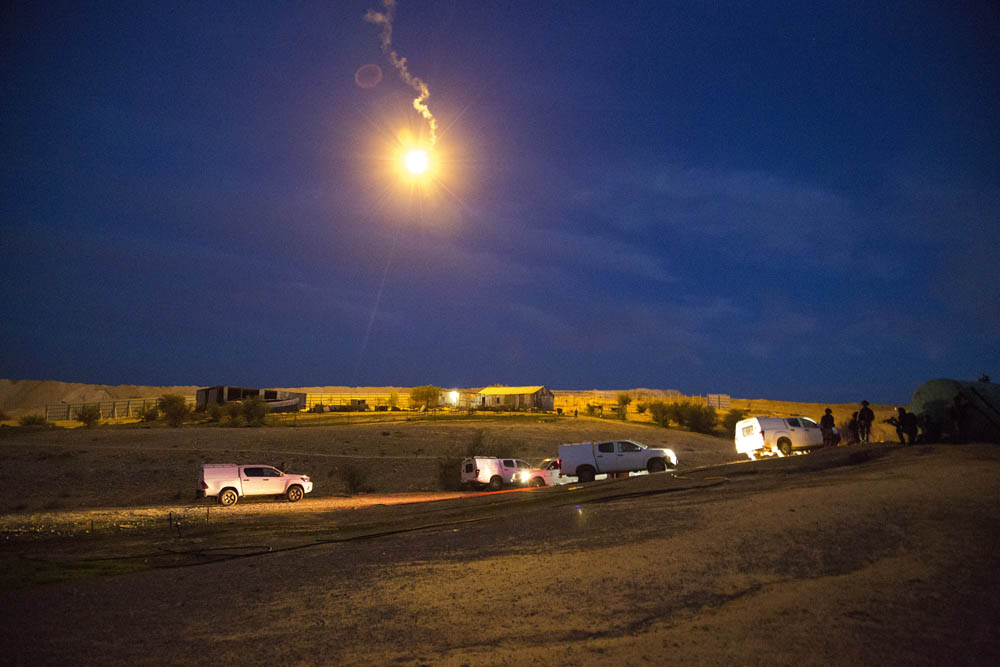 In the trial of Elor Azaria, the Israeli soldier who shot a Palestinian attacker in the head as the latter lay immobilized on the ground, it was revealed that Magen David Adom, Israel’s national emergency medical services, routinely refrains from treating Palestinians until a sapper arrives on the scene, significantly delaying treatment.

According to an analysis of the security camera footage, Erekat’s car was traveling at a speed of about 15 kilometers per hour, and did not accelerate. Forensic collision expert Dr. Jeremy J. Bauer confirmed that the car was using approximately 4.4 percent  of its reported capacity after turning towards the booth, and did not rule out that Erekat had slammed on the brakes before crashing. The investigators say this casts doubt on the army’s narrative that Erekat had planned to carry out an attack.

In addition, the investigation shows that when the booth was hit, the distance between the back wheel and the body of the car expands, which, according to Bauer, possibly indicates that the car was slowing down. For a few moments, the front wheel also stops turning, which, the investigators say, could indicate braking.

The investigators also note that the Israeli authorities did not check the car’s black box, nor did they publish videos from the other security cameras. 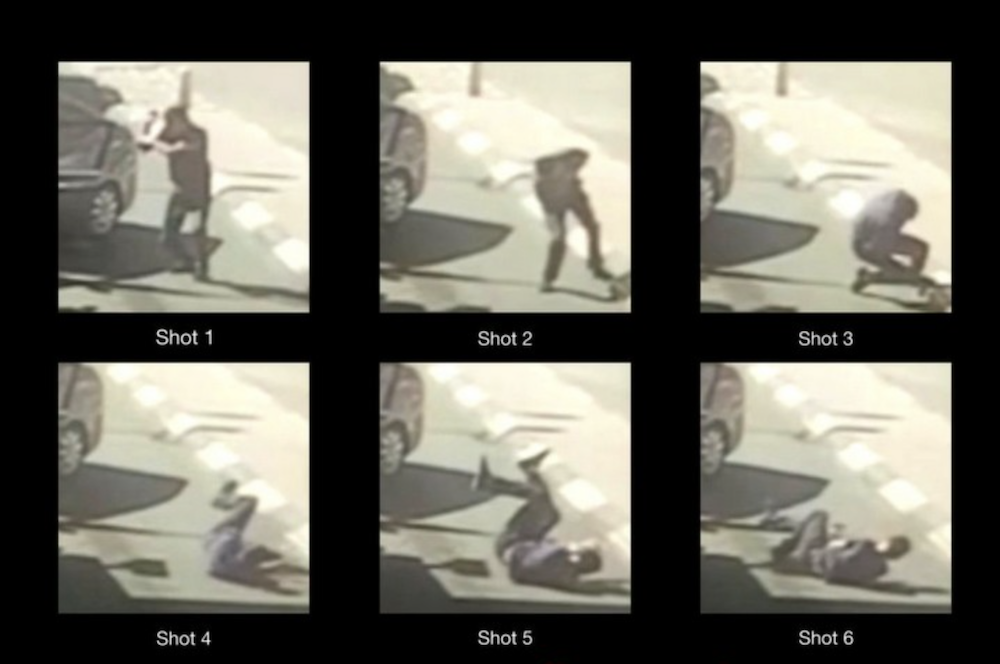 A frame by frame breakdown of the shooting of Ahmad Erekat. (Forensic Architecture)

The investigation does not refer to videos publicly released after the incident, including of Erekat filming himself driving in his car and clearly emotional, following social media posts about him that claimed he was collaborating with Israel. “I never betrayed my nation, your brother is not a spy,” he said at the time.

“We felt it was urgent to carry out the investigation because the Israelis did not open an investigation of their own,” said Forensic Architecture’s lead Israel-Palestine researcher, who asked to remain anonymous for fear of reprisal. “It was important for us to show how many bullets were fired, who fired them, and what happened to her body after the shooting.”

They continued: “Our investigation is a response to the almost total lack of accountability of the Israeli occupation forces when it comes to the extrajudicial killing of Palestinians. It speaks to an ongoing pattern of behavior by the Israeli army, where Palestinians are shot using lethal force, denied medical attention, and where their bodies are used by the army against families as bargaining chips and tools of collective punishment.”

In a comment provided to +972, the Israel Police said that it had investigated the incident and doubled down on the claim that Erekat had deliberately rammed his car into the booth, ran out of the car, and threatened the safety of the security forces. The police added that the videos found on Erekat’s phone only strengthened their conclusion that he had carried out a deliberate attack.

The police further insisted that Erekat was “examined at the scene by medical personnel a few minutes after the attack and was found to have no pulse and was not breathing, thus resuscitation was not performed… and his death was determined accordingly. During the incident there was no humiliating treatment or injury toward the dead.”

Despite the police’s claim that it had probed the incident, neither Erekat’s family, human rights organizations, nor the media have received a copy of the results since the incident. All the while, Israel continues to hold onto Erekat’s body. 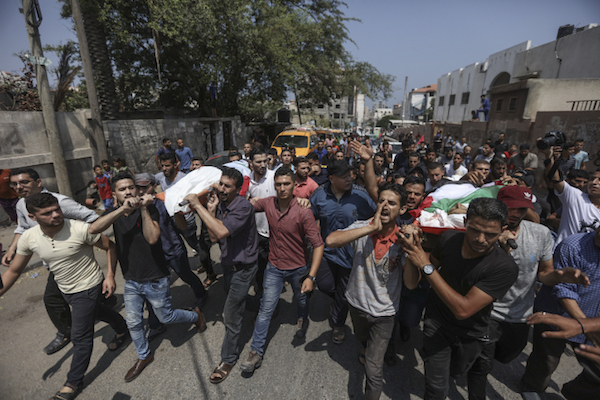 IDF edited out key footage of deadly Gaza missile strike, researchers say
The Israeli military published drone footage of its air force bombing a seemingly empty building in Gaza. It left out the part where one of its missiles killed two teens sitting on the roof, independent investigators find. The Israeli army edited out key footage of a missile strike that killed two Palestinian teenagers sitting on…
By Oren Ziv December 20, 2018